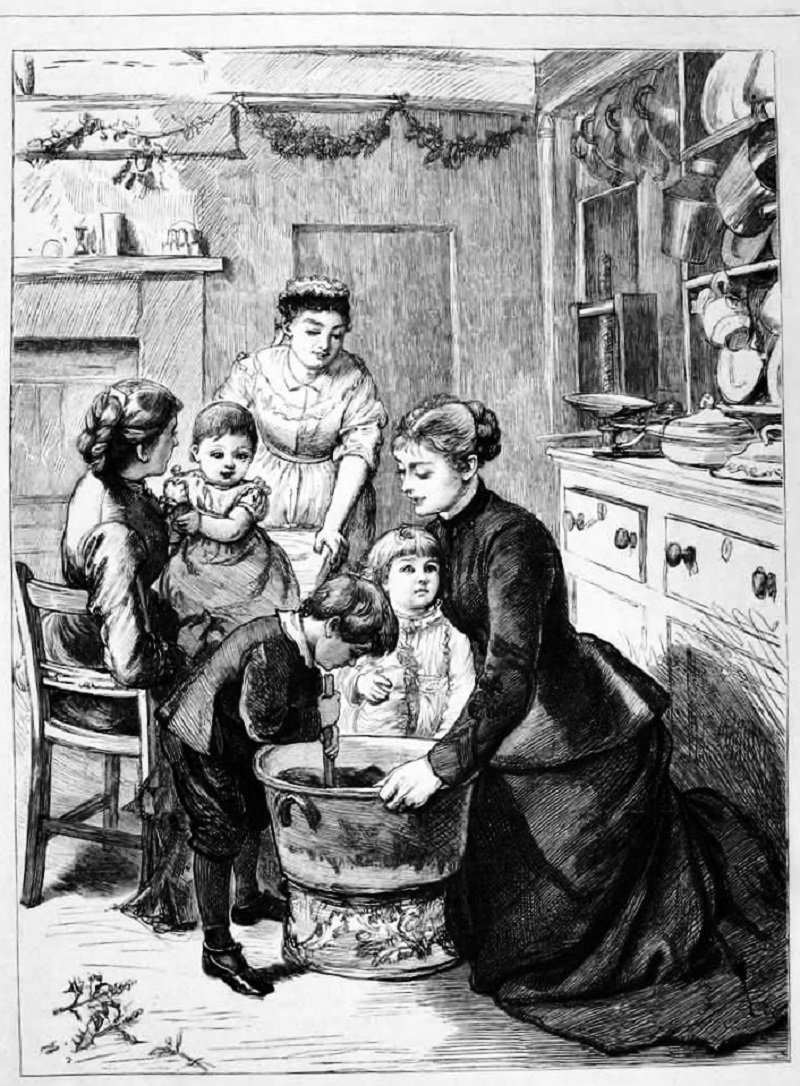 There is a popular myth that plum pudding's association with Christmas goes back to a custom in medieval England, & that the "pudding should be made on the 25th Sunday after Trinity, that it be prepared with 13 ingredients to represent Christ and the 12 apostles, and that every family member stir it in turn from east to west to honor the Magi and their supposed journey in that direction." 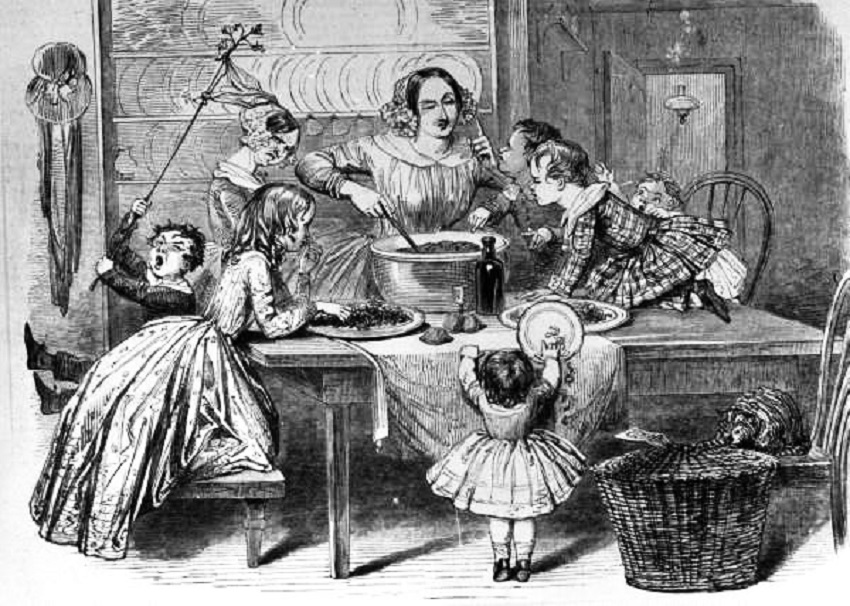 In England - Stirring the Christmas pudding.

However, actual recipes for plum puddings begin to appear in the 18C. In 1747, London food writer Hannah Glasse had given a recipe for Christmas plum porridge, but it appears that East Sussex cook Eliza Acton was the first to refer to it as "Christmas Pudding" in her cookbook.
In England - Family Stirring Christmas Pudding 1876

There is a popular but unsubstantiated myth that in 1714, King George I requested that plum pudding be served as part of his royal feast in his first Christmas in England. A recipe for "plum porridge" appeared in Christmas Entertainments in 1740. 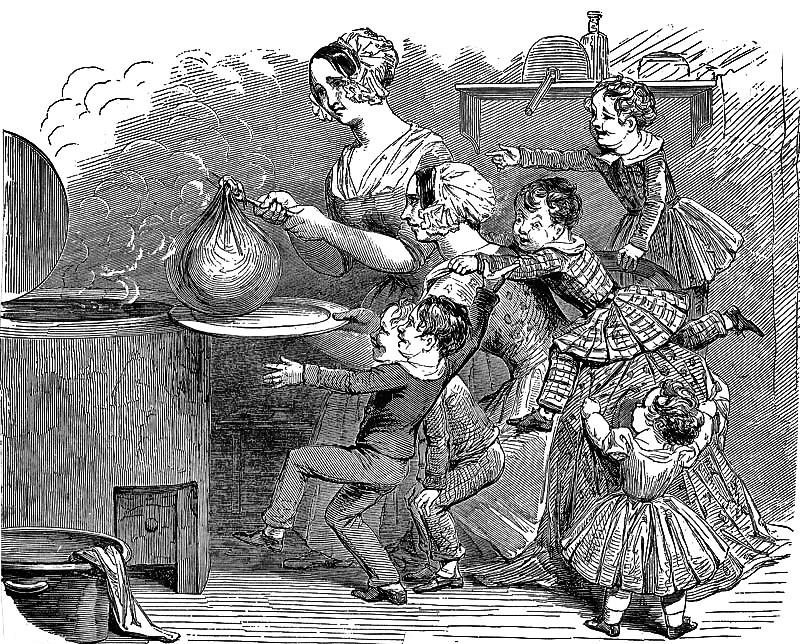 As techniques for meat preserving improved in the 18C, the actual meat of both mince pie & plum pottage diminished as the sweet content increased. The mince pie kept its name, though the pottage was increasingly referred to as plum pudding. 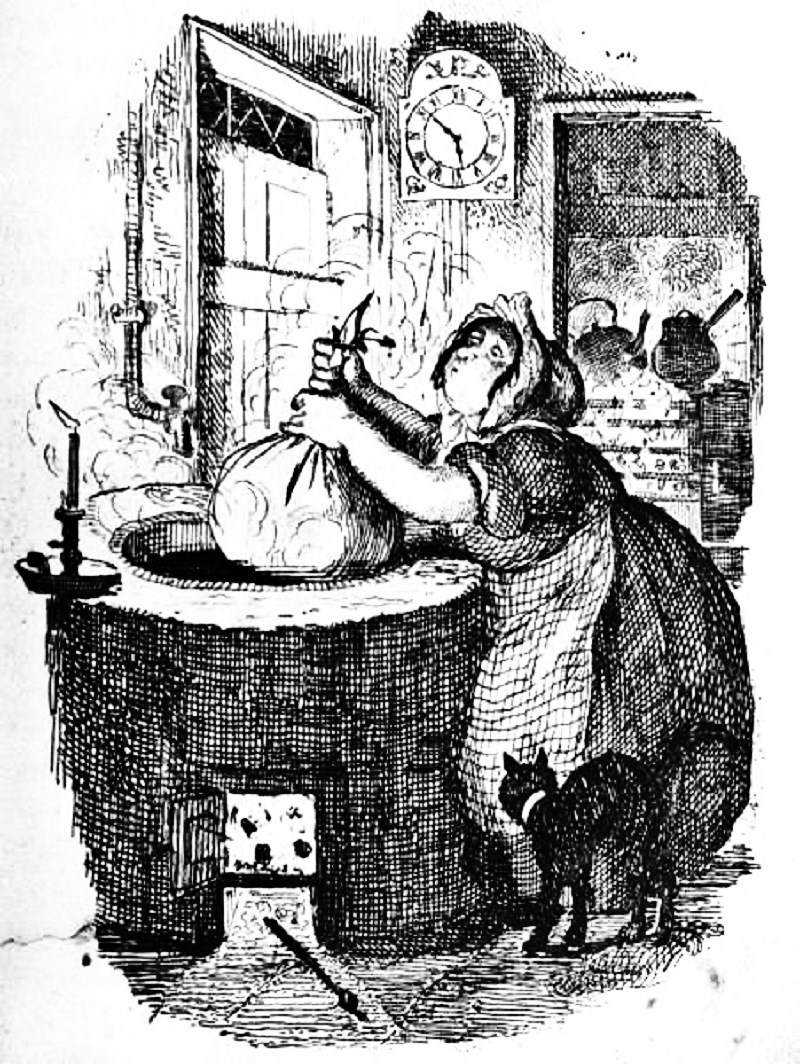 In England - Taking up the Christmas pudding

Although plum pudding was always a celebratory dish, it was originally eaten at the Harvest Festival, not Christmas. It was not until the 1830s, that the pudding of flour, fruits, suet, sugar and spices, all topped with holly & looking like a cannonball, made a definite appearance, becoming more & more associated with Christmas. 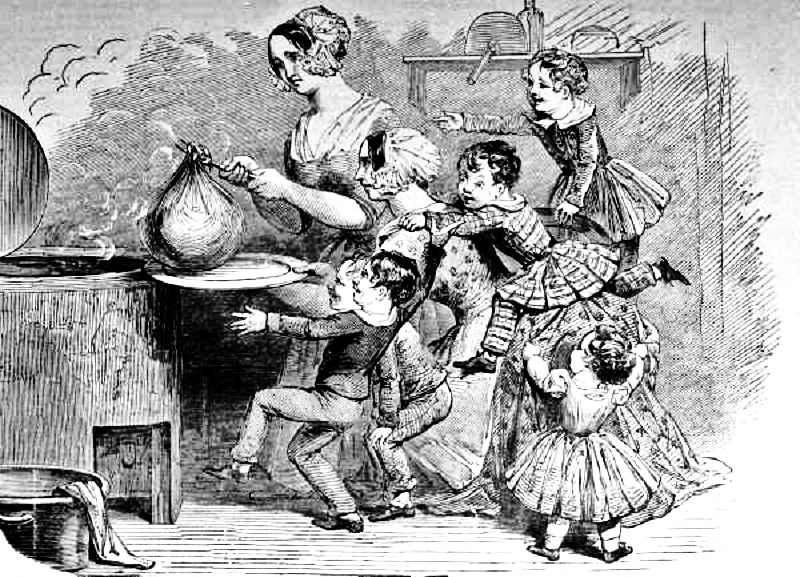 In England - Taking up the Christmas pudding 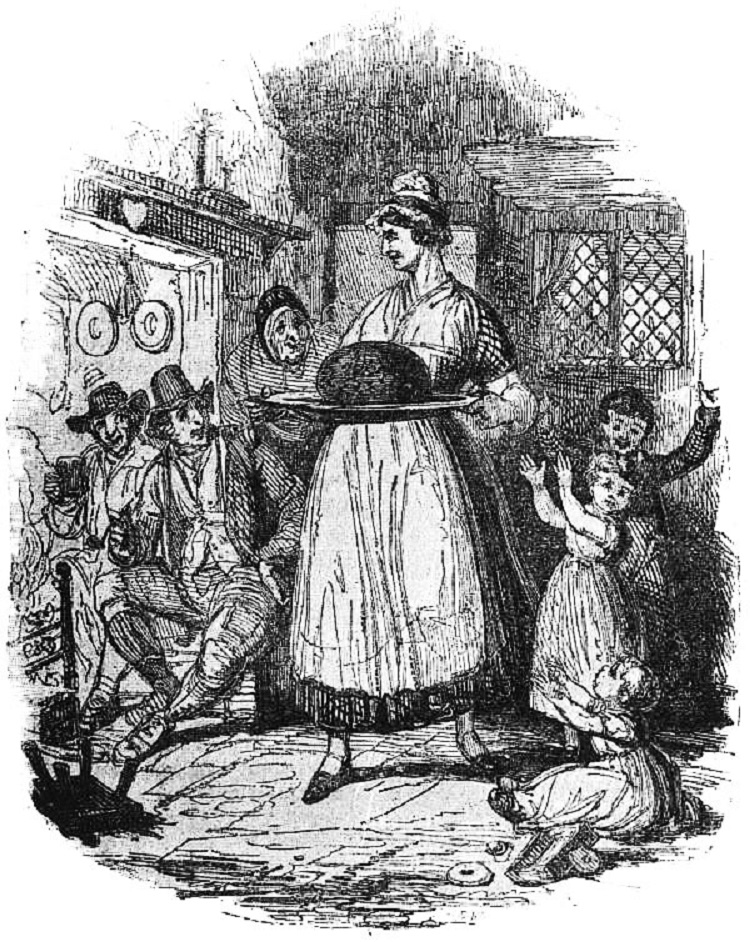 In England - Presenting the plum pudding 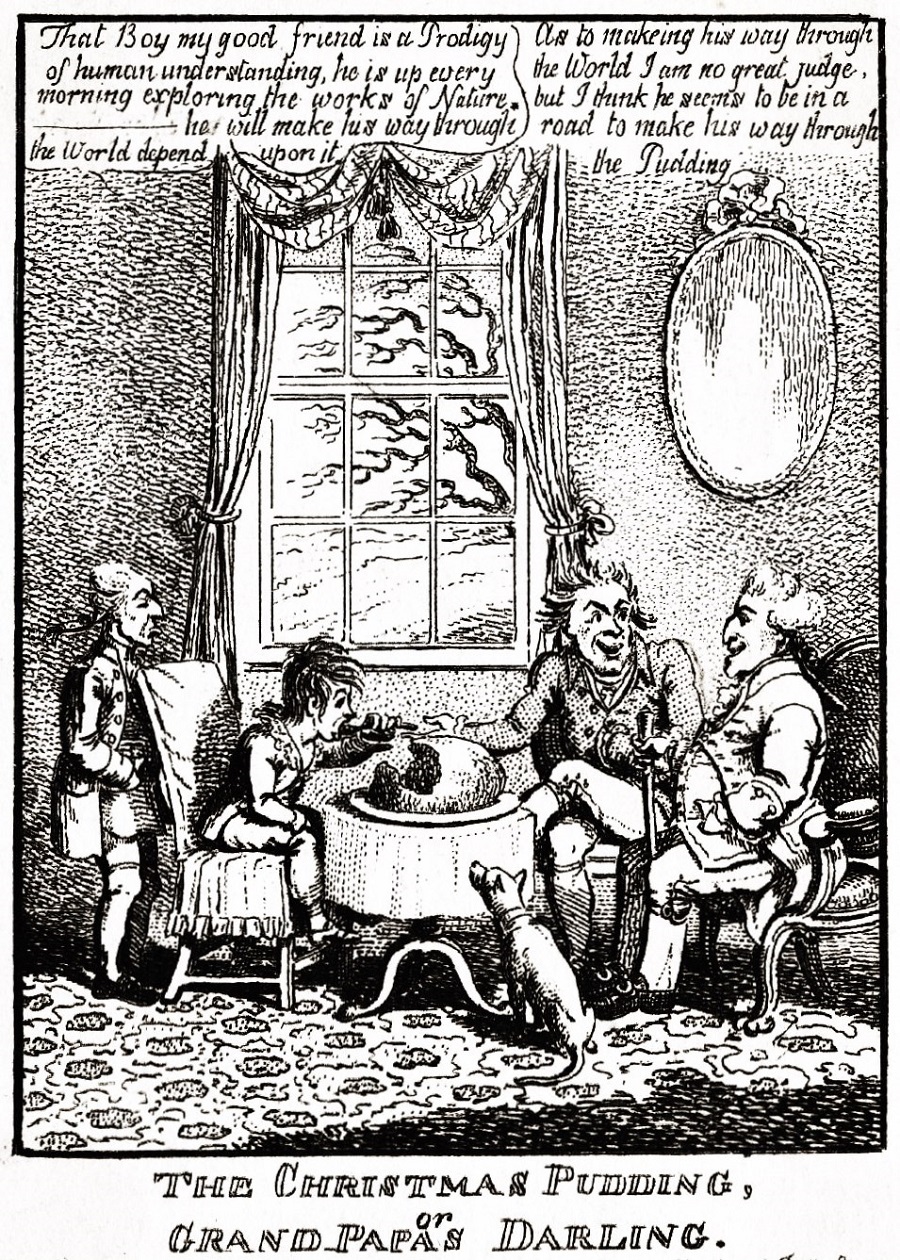