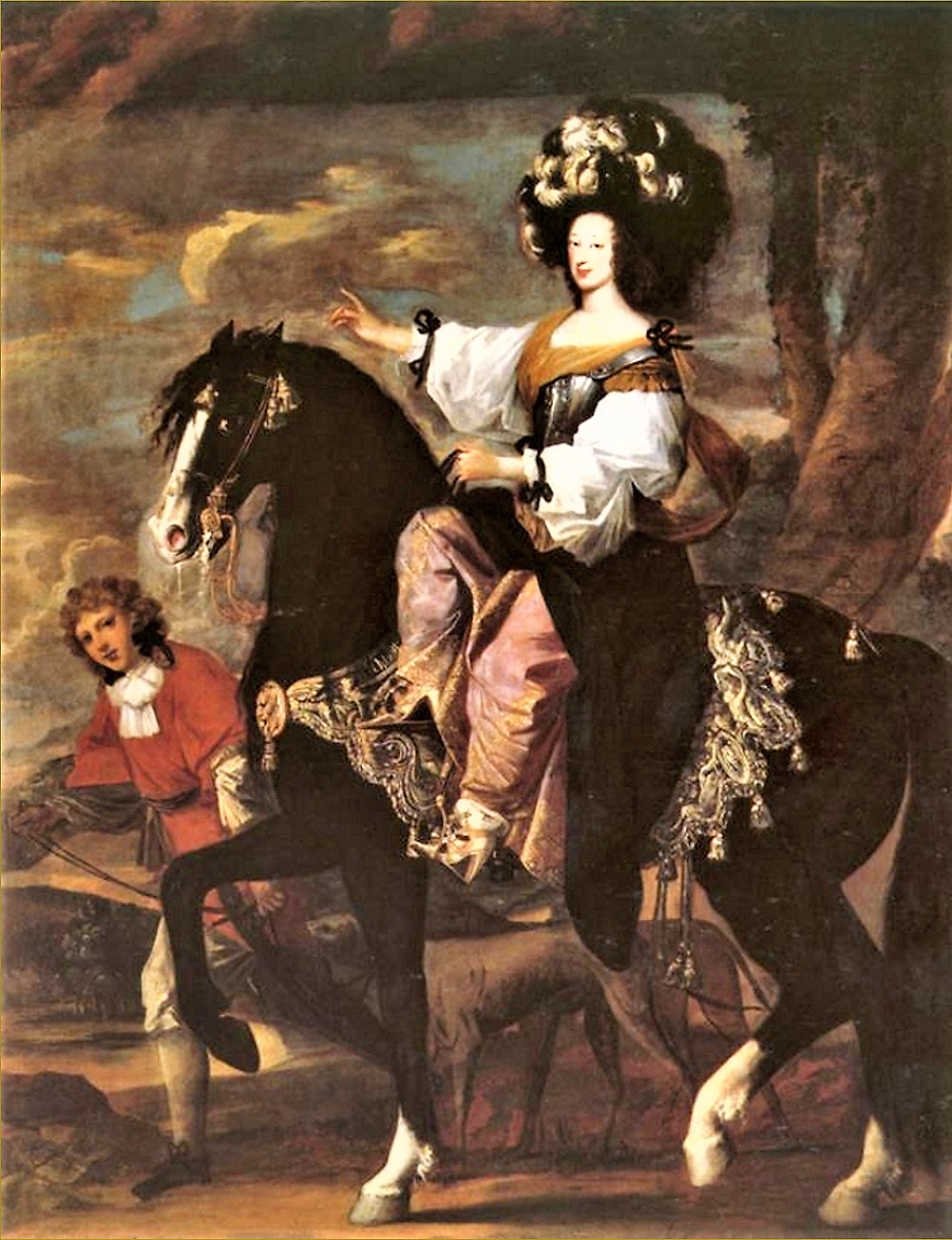 1640 Margaret Yolande of Savoy, Duchess of Parma as Minerva

Early artists painted their contemporaries somewhat like allegories, & often painters would put the faces of their patrons or sponsors on the bodies of the saints. These came to be called donor portraits. Allegorical portraits remained popular; and as time passed, they expanded to show the sitter as a Greek goddess, or muse, or nymph in in a rustic setting. These allegories grew to include strong portraits of Minerva wearing idealized attire, nothing like the clothing worn by real women of the period. Dressing scantily or provocatively would have been frowned upon if a proper lady was sitting for a portrait in contemporary clothing, but if she were posing as an ancient goddess or muse, a little skin was perfectly acceptable.

Minerva was the Roman goddess of wisdom & sponsor of arts, trade, & war. She was born of Jupiter with weapons. She was fierce, and she was brilliant. From the 2nd century BC onwards, the Romans equated her with the Greek goddess Athena. She was the virgin goddess of music, poetry, medicine, wisdom, commerce, weaving, crafts, & magic.

Today Minerva is displayed on the Medal of Honor, the highest military decoration awarded by the United States government.
at 4:00 AM