1680s Allegory of Diana Goddess of the Hunt with faithful Dogs 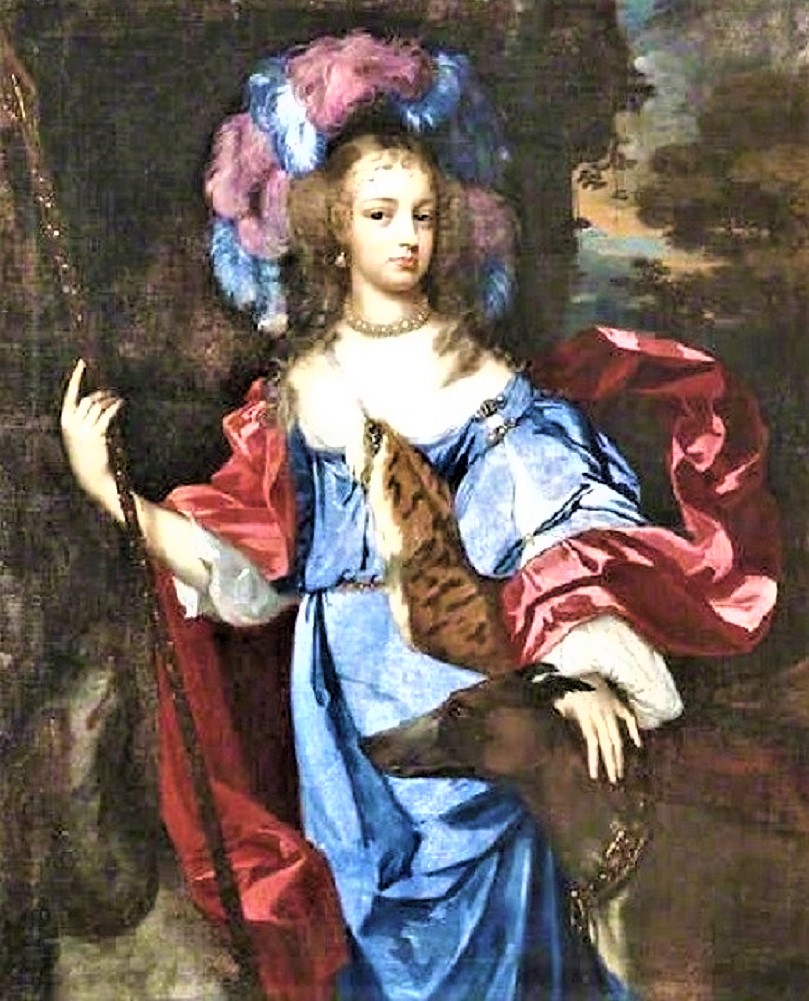