Who was Saint Valentine? 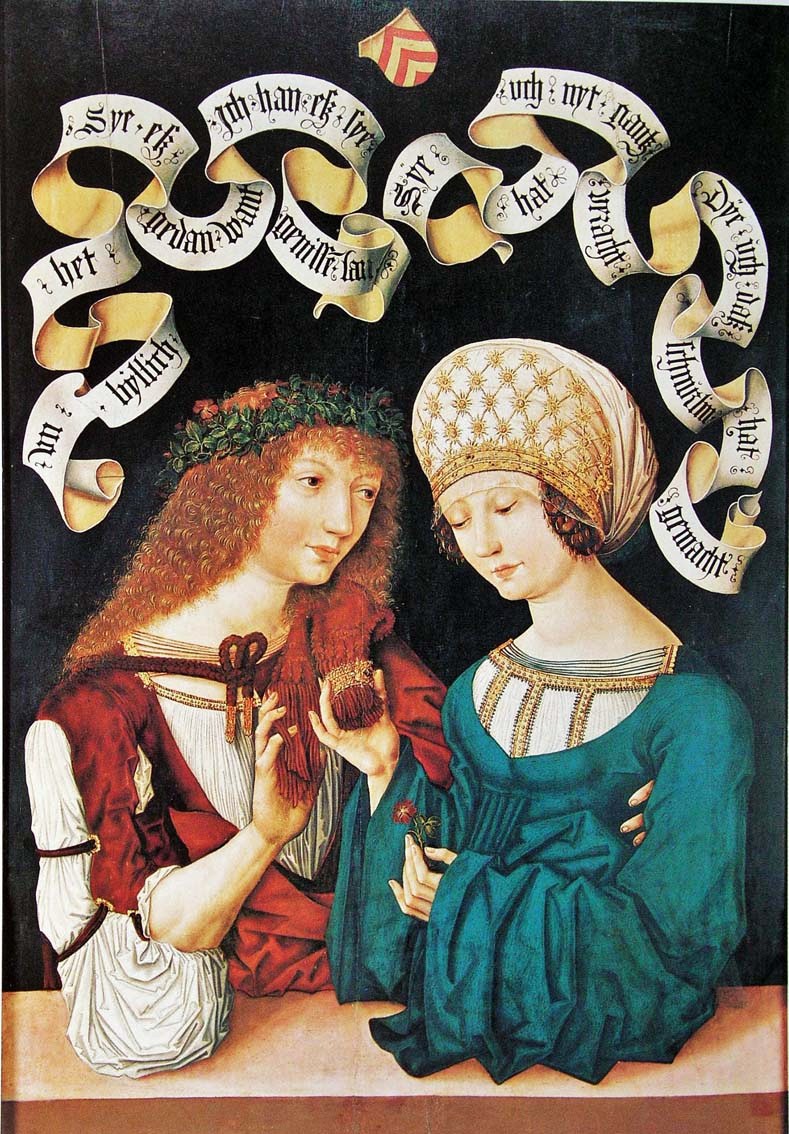 Pair of Lovers, c 1480 Attributed to the Master of the Amsterdam Cabinet or theMaster of the Housebook (German artist, fl c 1470-1500)

It is said that on February 14, somewhere around the year 270 A.D., Valentine, a priest in Rome in the days of Emperor Claudius II, was executed. Well, Chaucer said it was February 14th, and that's good enough for me.

Rome's emperor was called Claudius the Cruel for good reason. During his reign, he involved his empire in many unpopular & bloody campaigns. Claudius needed to maintain a strong, loyal army, but he was having a difficult time enticing soldiers to join his traveling troops. Claudius believed that strong, young Roman men were unwilling to join the army, because they wanted to stay close to their loves.

To get rid of the problem, Claudius banned all marriages & engagements in Rome. If he could have banned sex between lovers, I suppose he would have. Priest Valentine, incensed by his emperor's cold decree, defied Claudius continuing to perform marriages for young lovers in secret.

When the disobedient priest's actions were discovered, Valentine was arrested & dragged before the Prefect of Rome, who condemned him to be beaten to death with clubs, so that he might suffer a little for his disloyalty to his supreme emperor, & then to have his head cut off. The sentence was said to be carried out on February 14.

Legend has it that, while in jail Valentine became enamoured with his jailer’s daughter, who was blind. The jailer asked Valentine if his God could restore daughter’s sight. They prayed together & the young woman regained full sight. Reportedly, Valentine left a farewell note for the jailer's daughter signing it "From Your Valentine." No, I do not know the extent of the priest's relationship with the jailer's daughter, & I do not wish to know.

For his great service to loyalty & truth & love, the church named Valentine a saint after his death.

Well, now, there is some debate about how the date February 14th came about; and there also seems to be some question about the exact identity of St. Valentine. According to the Catholic Encyclopedia, "At least three different Saint Valentines, all of them martyrs, are mentioned in the early martyrologies under the date of 14 February." One was a priest in Rome, the 2nd was a bishop of Interamna (now Terni, Italy), & the 3rd St. Valentine was a martyr in the Roman province of Africa.

Perhaps it is just coincidence, but probably not,that the date of his death may have become mingled with the Feast of Lupercalia, a pagan festival of love. During these popular celebrations, the names of young women were placed in a box, from which they were drawn by the men as chance directed. In 496 AD, Pope Gelasius decided to put an end to all the silliness of the Feast of Lupercalia, & he declared that February 14 be celebrated as St Valentine's Day.And to this day, February 14 became a date for exchanging love messages, poems, & beautiful gifts such as flowers.
at 4:00 AM