1751 Allegory of Diana Goddess of the Hunt with faithful Dog 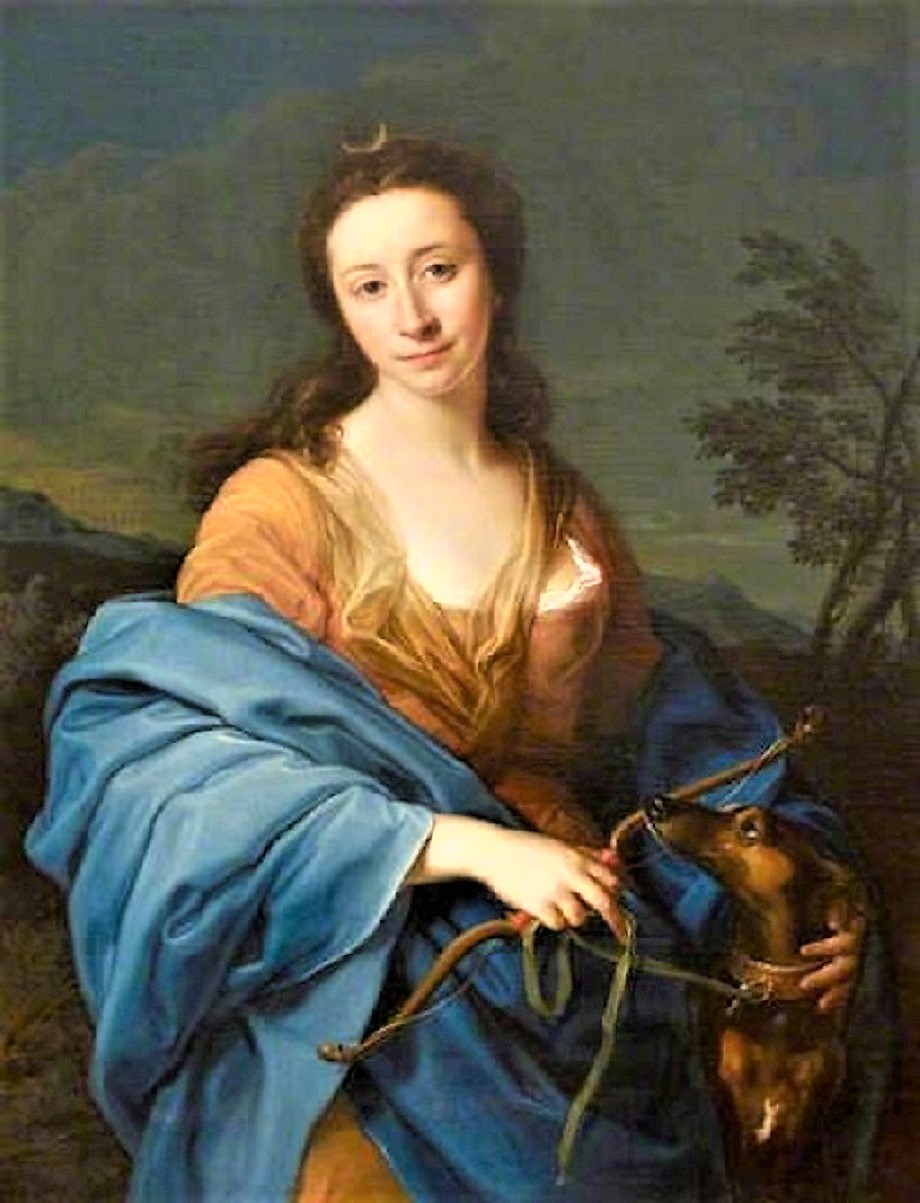 1751 Pompeo Girolamo Batoni (Italian artist, 1708-1787) Sarah Lethieullier as Lady Fetherstonhaugh, as Diana.  She has a crescent moon in her hair, a bow & a dog.