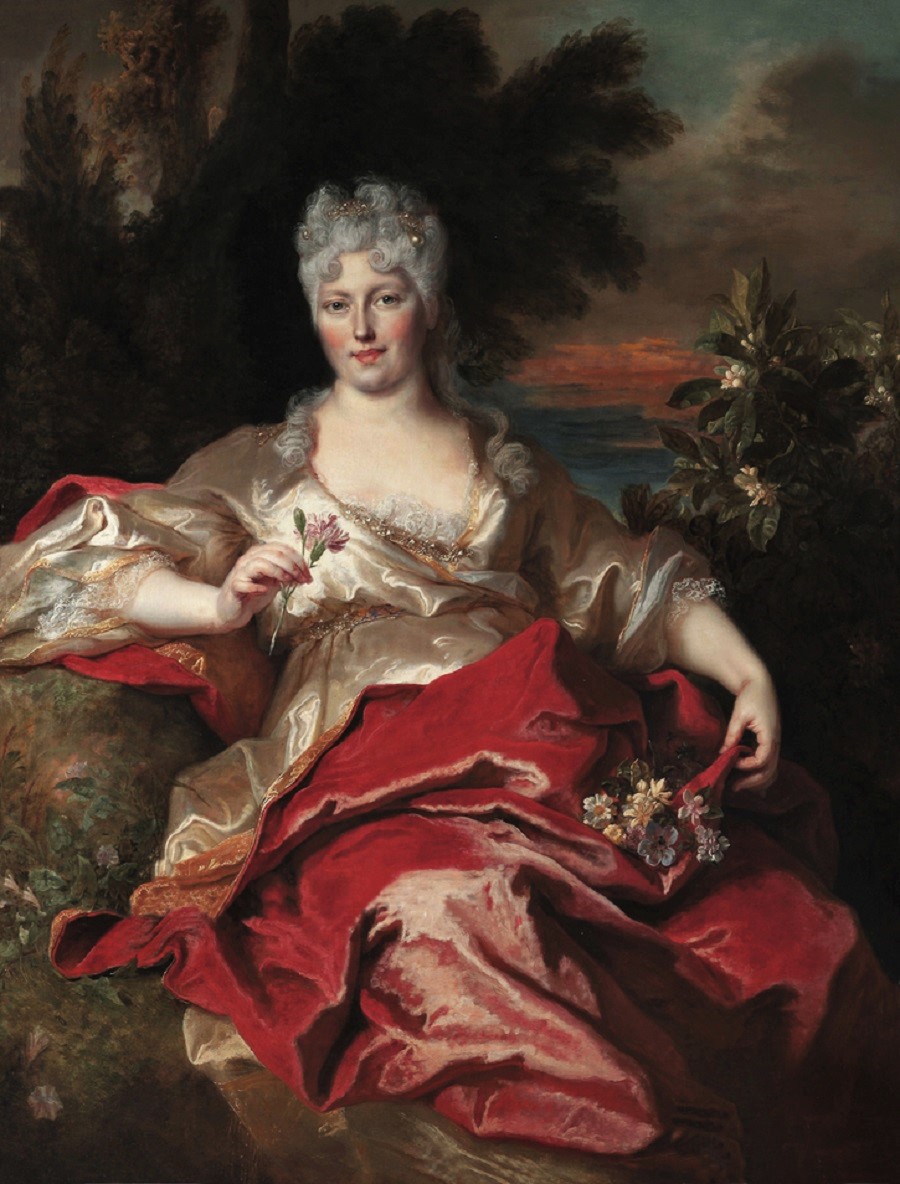 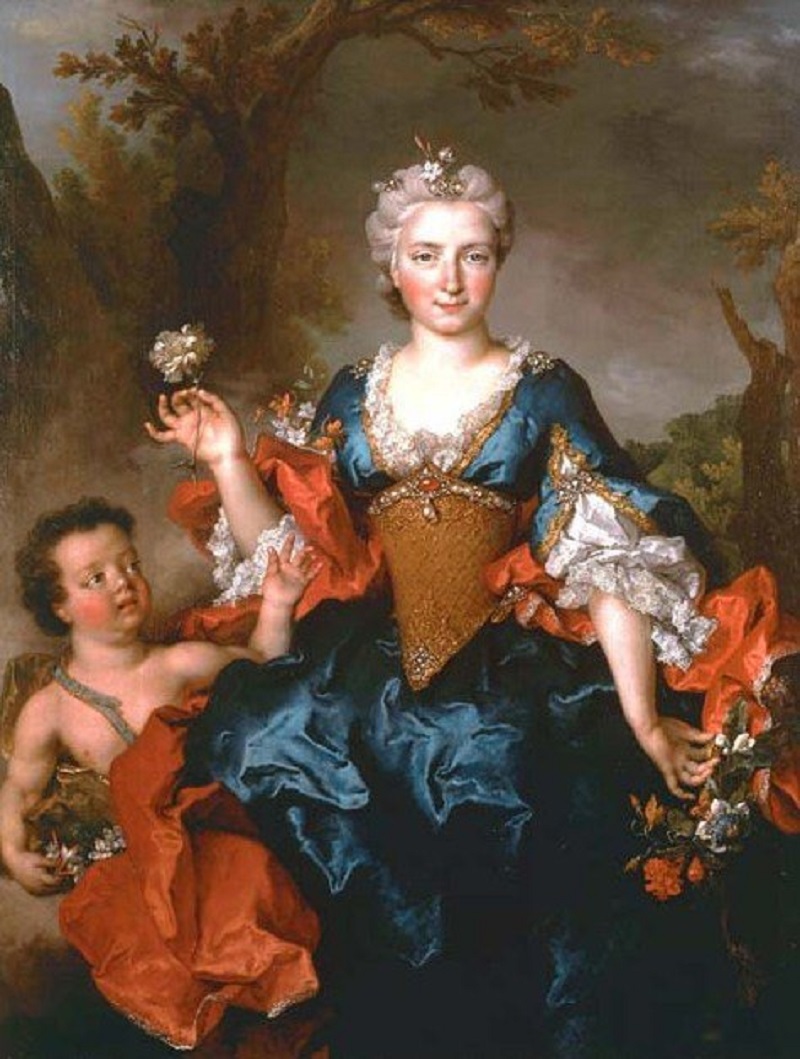 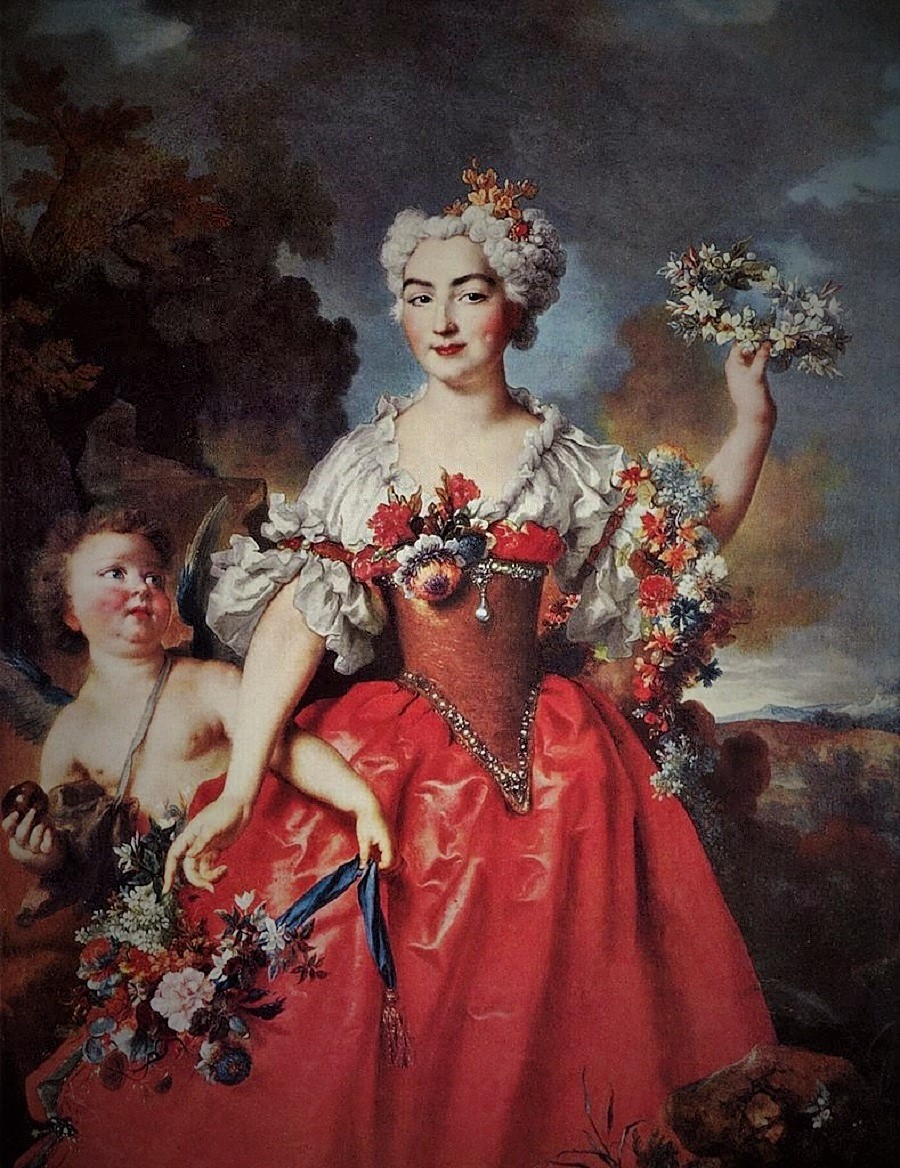 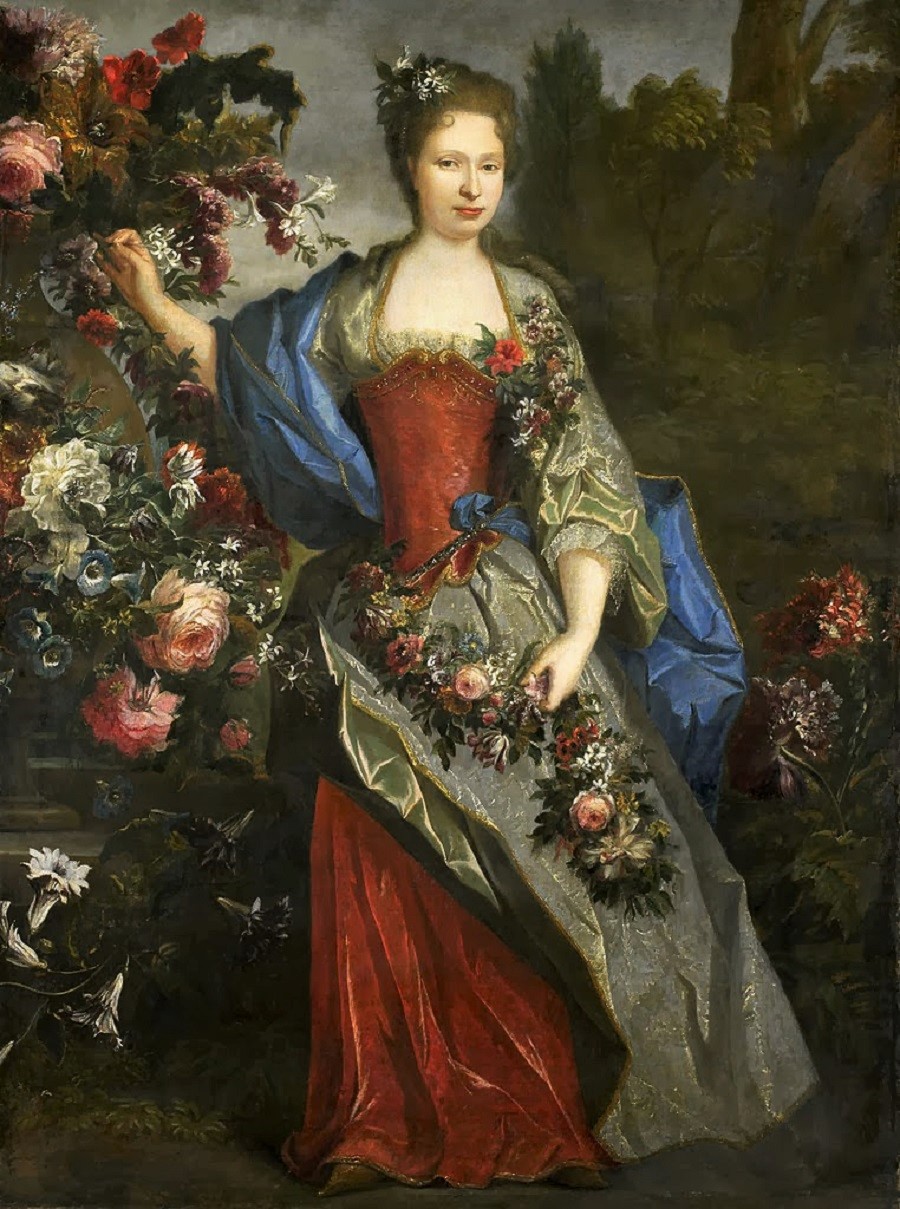 In Rome, her festival, the Floralia, was held between April 28 and May 3 and symbolized the renewal of the cycle of life, drinking, and flowers. The festival was first instituted in 240 B.C.E, and on the advice of the Sibylline books, she was also given a temple in 238 B.C.E. At the festival, with the men decked in flowers, and the women wearing normally forbidden gay costumes, five days of farces and mimes were enacted – ithyphallic, and including nudity when called for – followed by a sixth day of the hunting of goats and hares. On May 23 another (rose) festival was held in her honor.  Flora's Greek equivalent is Chloris, who was a nymph. Flora is married to Favonius, the wind god also known as Zephyr, and her companion was Hercules.  Flora achieved more prominence in the neo-pagan revival of Antiquity among Renaissance humanists than she had enjoyed in ancient Rome.