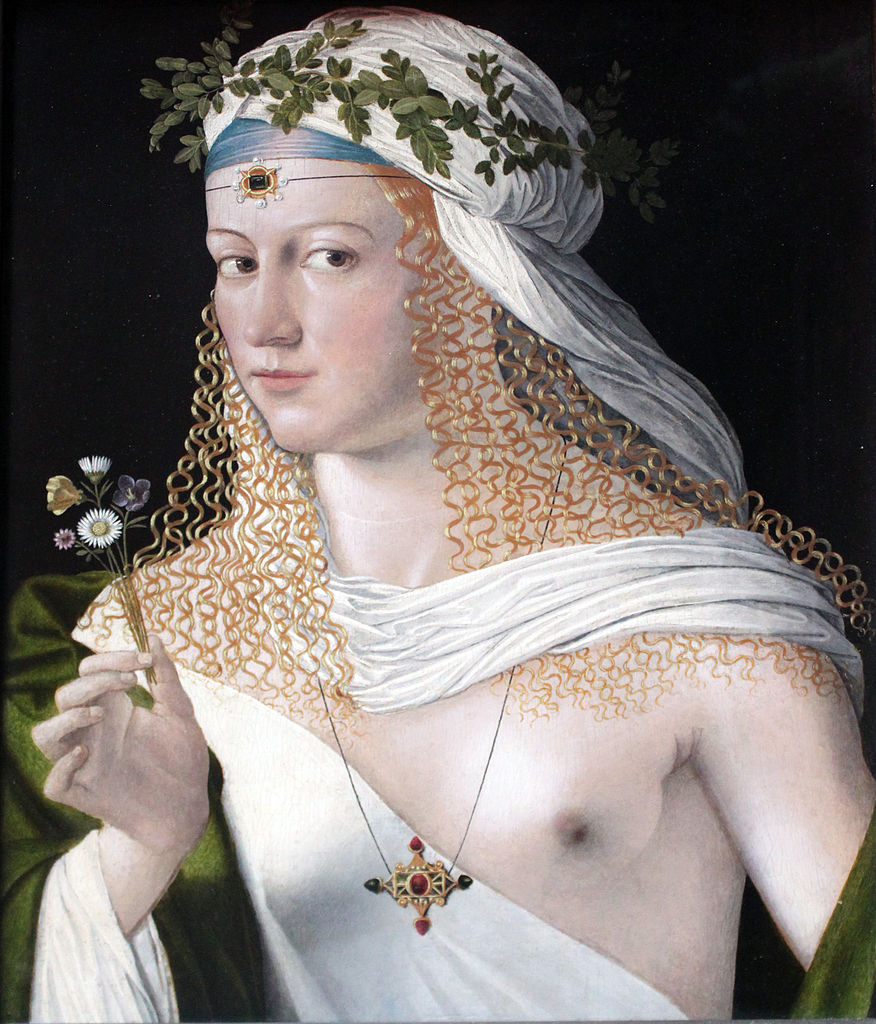 Idealized Portrait of a Courtesan as Flora by Bartolomeo Veneto, c. 1520.j

Flora is the Roman goddess of flowers but at one time also over fruit trees, vines, & grains. Her name comes from the Latin floris, meaning flower. It is known that Flora was honored by the Sabines an old Italic tribe of the Appennines, before the founding of Rome. The Italic people celebrated her as a fertility goddess. A statue of Flora existed in Greece where she was worshiped ( & known as Chloris), prior to the time of Roman worship.

Many Roman tales portray Flora was a woman of pleasure, wealthy due to her popular occupation, who left her wealth to the Roman senate on the proviso that the money was used to celebrate her birthday. TheRoman politicians senators agreed to this donation, gave Flora the title of goddess,  & thereafter held the Floralia on her birthday.

The Floralia was a public festival to honor the goodwill of Flora. Created in the 6th century BC by the Romans, it took place in spring  & lasted 6 days, the last 3 days of April  & the first 3 days of May. The festival consisted of games  & theatrical performances. Chariot races  & circus games took place  & everywhere were the symbols of Flora. It was traditional to have goats & hares scampering about the landscape where flowers of lupines, beans,  & vetch were scattered about. The Romans walked around holding bouquets of flowers or wore wreaths of flowers around their neck or in their hair. The theatrical performances were known to be 'lewd' or 'bawdy'  & repotedly contemporary prostitutes (who were devoted to Flora) might remove their clothing when called upon.