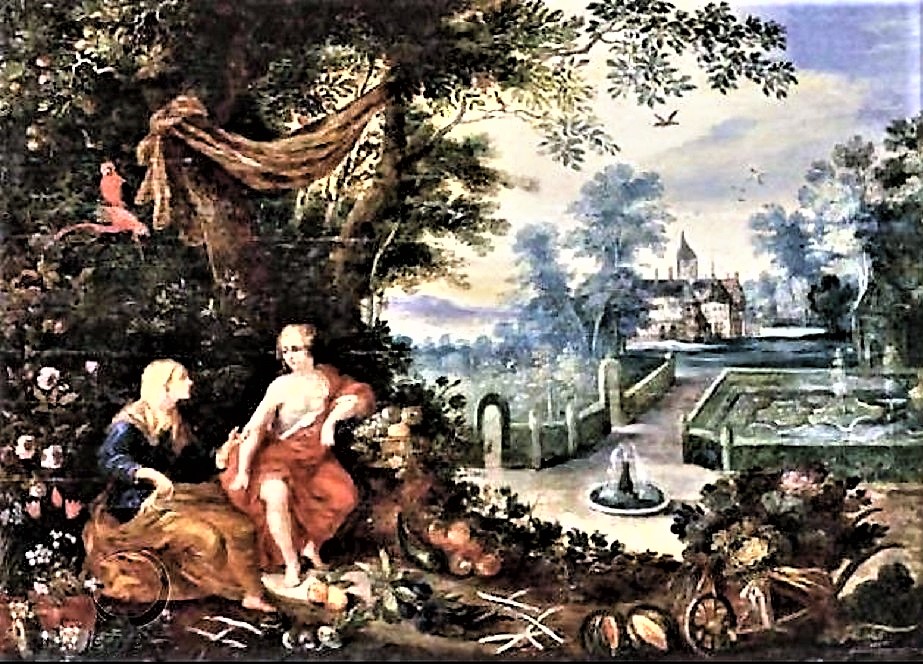 Vertumnus & Pomona outside a Garden after Jan Brueghel Te Younger