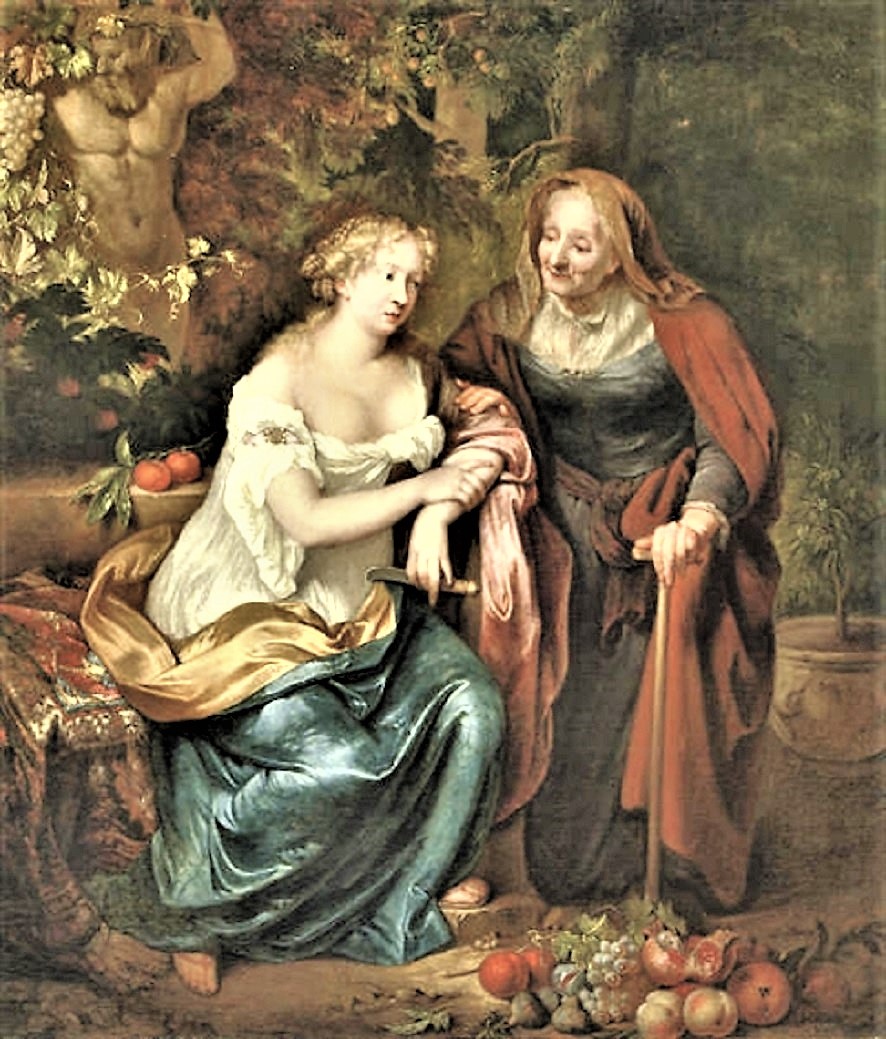 The tale of Vertumnus & Pomona has been said to be the only purely Latin tale in Ovid's Metamorphoses. The subject of Vertumnus & Pomona appealed to European sculptors & painters of the 16th through the 18th centuries, providing a disguised erotic subtext in a scenario that contrasted youthful female beauty with an aged old woman. But it wasn't the old woman that ultimately won the day. In narrating the tale in the Metamorphoses, Ovid observed that the kind of kisses given by Vertumnus were never given by an old woman.  In Ovid's myth, Pomona scorned the love of the woodland gods Silvanus & Picus, but finally married the brutally handsome Vertumnus. She & Vertumnus were celebrated in  an annual Roman festival on August 13. There is a grove that is dedicated to her called the Pomonal, located not far from Ostia, the ancient port of Rome. Unlike many other Roman goddesses & gods, Pomona does not have a Greek counterpart, though she is often associated with Demeter.
Posted by Barbara Wells Sarudy at 4:00 AM