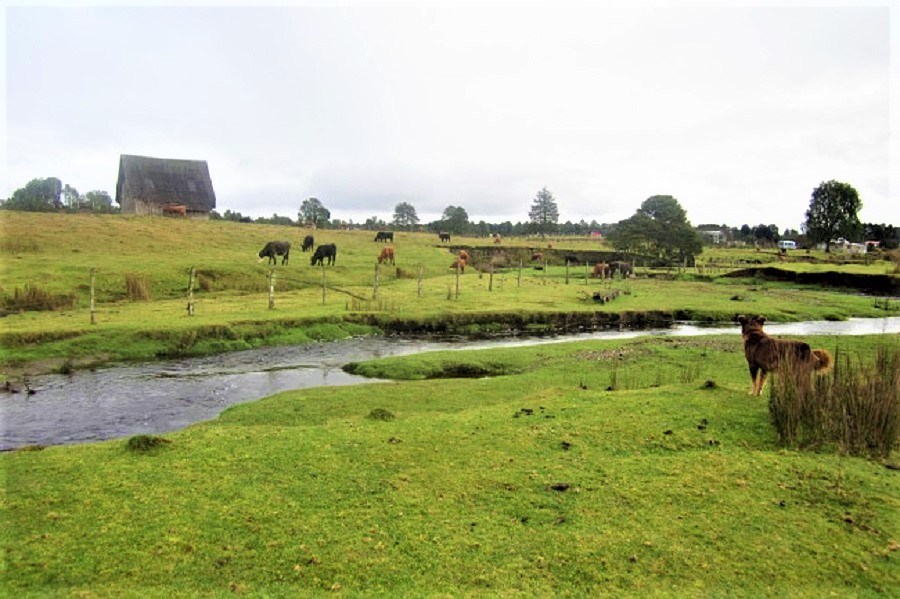 As the Ice Age began to wane, people from northeastern Asia spread to the Americas, some of the last uninhabited continents on Earth. The pioneers traveled south of mile-high ice sheets covering Canada and found vast lands, abounding with mammoth, giant sloth and other now-extinct megafauna.

This much has been known for decades. But when it comes to the details, debates have raged over precisely when and how humans populated the New World. Today, the story is beginning to take shape, thanks to well-dated archaeological sites, DNA analysis and geological work to understand when ice and sea levels permitted entry to the Americas. It’s clear that people occupied the continents by about 15,000 years ago, probably taking a route along the Pacific coast.

And one site, perhaps more than any other, helped scholars reach this conclusion: Chile’s Monte Verde. During excavations begun in the 1970s, archaeologists unearthed numerous artifacts, including remnants of 14,000-year-old huts, food scraps from megafauna and wads of masticated seaweed, likely chewed for medicinal purposes. The preservation was so exceptional, it cleared any doubt that humans had reached the New World by this time, and earned Monte Verde a place in every archaeology textbook to come.

Meanwhile, recent research on the site’s surroundings and deeper layers suggests humans inhabited this patch of South America as early as 19,000 years ago. While the claim remains controversial, it’s clear there’s still more to discover at Monte Verde.

Creekside Campsite
Buried under a peat bog, Monte Verde is near South America’s tip and about 30 miles from the Pacific in present-day Chile. Excavations began in 1976, led by archaeologist Tom Dillehay. Although no human skeletons were found, an excavated layer — radiocarbon dated to about 14,000 years ago — held clear evidence of human inhabitants, including a child-sized footprint.

At Monte Verde, the researchers discovered the ruins of a forager campsite, about as large as a football field, on the bank of a meandering creek. Still surviving were the wooden foundations of a long, rectangular building, which was subdivided into a dozen rooms, each containing food remains and clay-lined fire pits. It seems to have been a communal residence divided into personal dwellings. About 100 feet from these living quarters stood a wishbone-shaped structure accompanied by tools and butchered animal parts — likely a work area.

The archaeologists also recovered spun grass rope, wooden lances, animal hides and human feces from the site. Perishable items like these are rarely preserved at archaeological sites. But because Monte Verde is below peat deposits, organic materials were protected from decomposition. Food scraps also survived, revealing the people gathered at least 60 species of edible and medicinal plants, including a variety of seaweed species brought from the coast. And they hunted now-extinct creatures such as paleocamelids (an ancestor of llama and alpaca) and elephant-like gomphotheres.

Breaking the Clovis Barrier
Just as significant, though, is what the excavators did not find: Monte Verde lacked Clovis points — distinctive stone tools found at North American sites dating to roughly 13,000 years ago. Through much of the 20th century, many archaeologists supported “Clovis First” — the hypothesis that the people who made these artifacts were the first inhabitants of the Americas. Reports of older pre-Clovis sites were dismissed on the grounds that they were incorrectly excavated or dated.

But Monte Verde was remarkably well-preserved, meticulously excavated and analyzed with state-of-the-art methods. It convinced the archaeological community that non-Clovis peoples reached South America by at least 14,000 years ago. Clovis was not first.

Since then, numerous pre-Clovis sites have been reported between 13,300 and 15,000 years old. North America holds about 10 of them. But in South America, besides Monte Verde and its surrounding area, there are only two others: Huaca Prieta in Peru and Arroyo Seco in Argentina. With so few comparative sites, it’s difficult to say who and how widespread the Monte Verde people were.

Older Occupations
Dillehay and colleagues also reported potentially older artifacts from Monte Verde in a 1988 Nature paper. From a deeper layer dated to 30,000 years ago, they found three clay-lined burned areas and at least six stones that appear to have been shaped into tools. However, the finds were considered too meager to constitute a strong case for human presence.

Decades later, in 2013, Dillehay returned to the site to lead a team that dug 80 probes and test pits in the land around Monte Verde. The work, published in a 2015 PLOS One paper, identified 12 discrete spots with signs of a campfire (charcoal, ash, burned clay), stone tools and animal bones. Radiocarbon analysis dated the finds between 14,500 and 19,000 years ago.

The results suggest even earlier peopling of the Americas. Future work at Monte Verde may prove it.
Posted by Barbara Wells Sarudy at 4:00 AM