Springtime! Roses & The Madonna in a Symbolic Garden 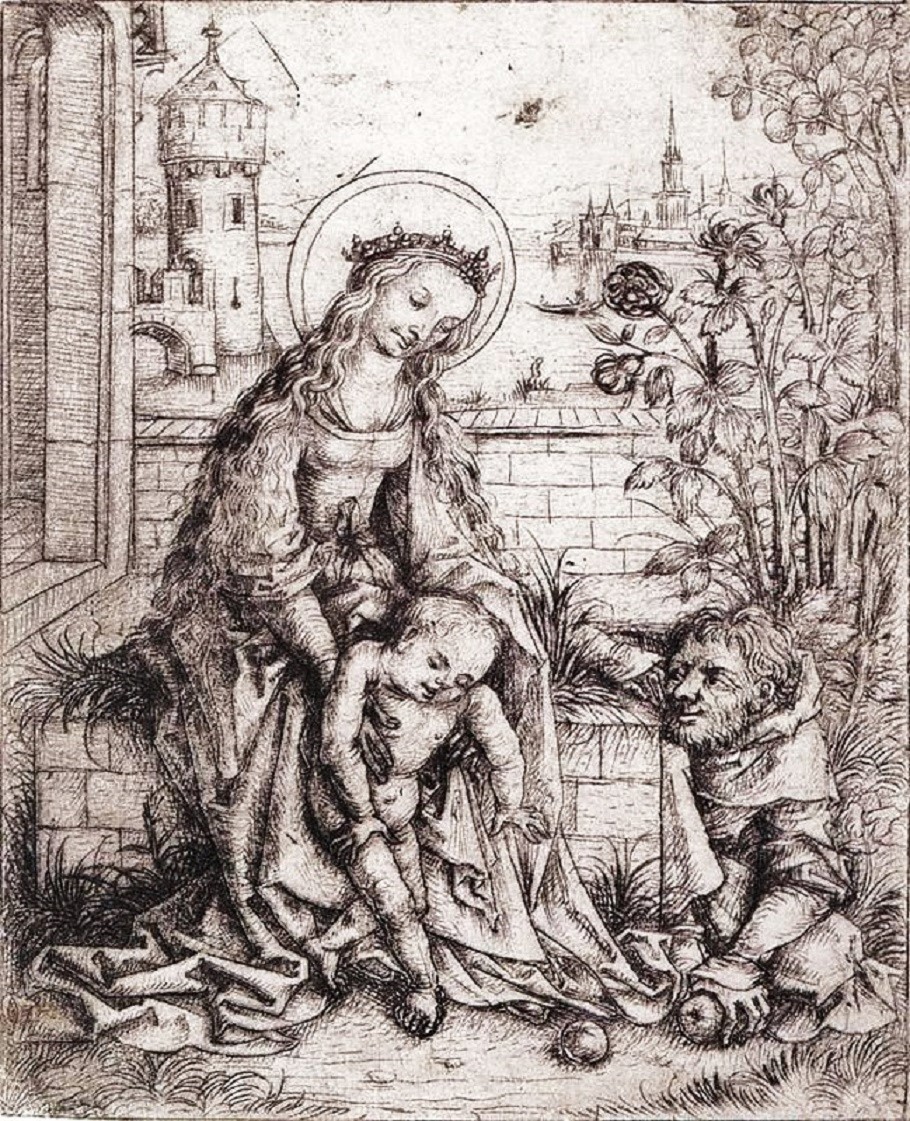 This surprising depiction of the Holy Family in a walled Medieval garden with a turf bench & a glorious rose bush is an etching by the Master of the Housebook. Nothing definite has been proved about the Master of the Housebook's identity or place or origin. It is not even sure if he was German or Netherlandish. Still other  scholars have felt that his style is rooted in Flemish book illumination. The Housebook Master worked primarily in the Middle Rhine region around Mainz, & he was acquainted with the work of an earlier artist from the same area, the Master E.S. There is evidence that he worked in Heidelberg in 1480.

Here the Holy Family is outdoors, in an enclosed garden. In 15C Northern European art, the Virgin & Child are often depicted in this hortus conclusus, (a locked garden close) symbolizing Mary’s virginity, sometimes with a rose hedgerow, another of the Virgin’s symbols. Almost every garden landscape detail in this etching is a symbol of the Virgin Mary. There is the church in the background & also a tower, the turris Davidica, & on the left the gateway to Heaven, the porta coeli. The harbor in the background may be a reference to Mary as a safe haven, the apple tree may allude to Original Sin & to the redemptive roles of a human Mary as the new Eve & a human Christ as the new Adam.

All of these motifs can be read symbolically, & probably were by some of the artist’s contemporaries. Here the Medieval garden, the turfed bench, gateway, tower, harbor & church are not presented as isolated motifs, but they are knit together to form a natural setting of family domesticity. Here Joseph is a playful father trying to get his son's attention by playing a game with love apples probably from the Song of Songs. The garden landscape & the addition of Joseph seem to be an attempt to create an intimate scene of family life that would be familiar to the viewers.
at 4:00 AM