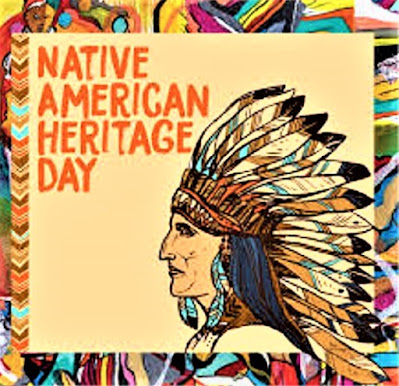 Native American Heritage Day is a national holiday observed on the day after Thanksgiving in the United States.

The United States House of Representatives originally passed H.J. Res. 62 on November 13, 2007. The bill was passed with technical adjustments by unanimous consent in the United States Senate on September 22, 2008. Then, on September 26, 2008, the House of Representatives unanimously voted to pass the legislation again, including the adjustments from the Senate. The legislation was signed into public law by the President on October 8, 2008.

There is conflict about the day chosen to honor Native Americans.  In addition to calling Thanksgiving the "National Day of Mourning," some Native Americans believe it is "poor taste" for Native American Heritage Day to be on Black Friday - "a day of greed & aggressive capitalism."