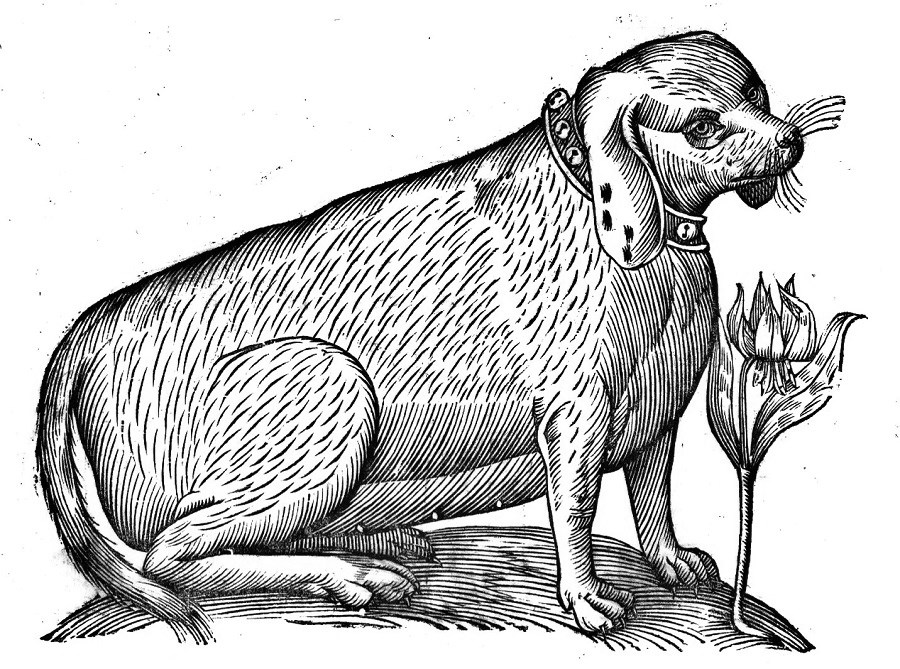 Ulysses Aldrovandus, De Quadripedibus. Aldrovandus (1522-1605) helped build Bologna’s botanical garden & collected thousands of plant & animal specimens. Aldrovandus included sketches of 15 dogs in the over 100 pages he wrote about dogs, dividing breeds according to function & finishing with dogs that were inutile, useless—i.e. pets. ("They bark very readily & their only occupation is devouring food.") 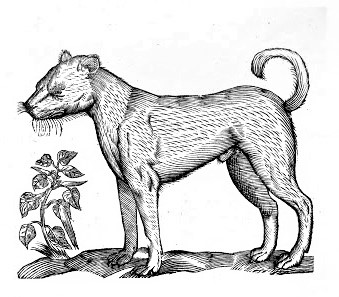 Canis bellicosus Anglicus, “English war dog,” a term for mastiffs. When Mark Antony invokes Caesar's ghost to "let slip the dogs of war," this is likely the dog Shakespeare had in mind. Julius Caesar, Act III, scene 1. Shakespeare did not see them in battle, however, but rather at the Bear Garden near his house, where bear & bull bating with dogs occurred on Thursdays.
Spring & Summer are the perfect time to celebrate the rebirth of Earth's Beauty & Bounty.  Flowers gave beauty & inspiration to mankind's basic struggle to live & to populate & to protect his home-base, The Earth.  Holding on to The Sweet Divine - The Lord God took man & put him in the Garden of Eden to work it & to keep it...Genesis 2:15.
The expression came into popular modern use in the 1960s & is a rephrasing of a sentiment found in an autobiography written by the golfer Walter Hagen: “Don’t hurry. Don’t worry. And be sure to smell the flowers along the way.”
at 7:00 AM