Who was Matthew Hale, the 17C jurist Alito invokes in his draft overturning Roe? 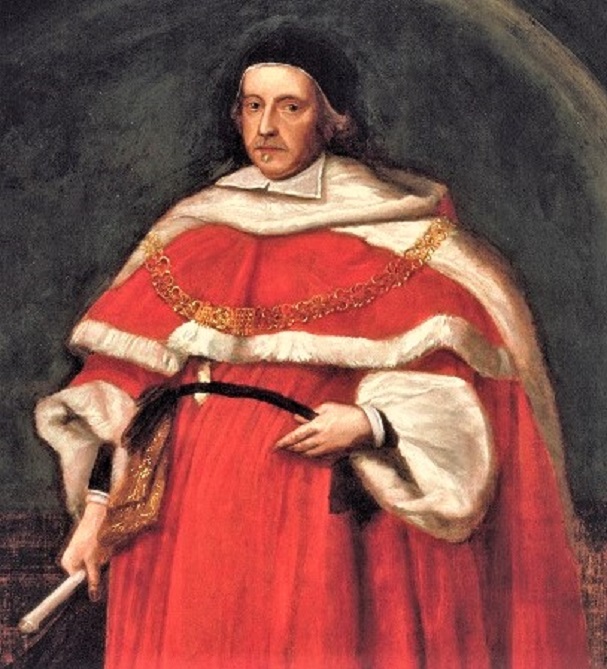 Not only have many legal scholars disputed Alito’s reading of history, they’ve also criticized his reliance on Hale because of what the jurist’s writings reveal about his attitudes toward women. Hale is notorious in the law for laying the legal foundation clearing husbands from criminal liability for raping their wives, and for sentencing two women accused of witchcraft to death, a case that served as a model for the infamous Salem witch trials 30 years later.

Alito’s invocation of Hale has stunned some lawyers and historians, who say Hale’s discredited ideas have been used for centuries to subjugate women.

“There are many themes running through America’s legal traditions that have deep injustices embedded within them,” said Jill Hasday, a constitutional and family law professor at the University of Minnesota Law School, about Alito’s reliance on Hale. “We have to decide how we’re bound by the past. And nothing is forcing us to carry the consequences of women’s legal subordination forward in time.”

Lauren MacIvor Thompson, a historian at Kennesaw State University in Georgia, said she was shocked Alito referenced Hale in his draft opinion. Even among his contemporaries, she said, Hale “was particularly misogynistic.” “For a Supreme Court justice to be doing that in 2022 is really astonishing,” she said.

In his 98-page draft, Alito approvingly refers to Hale as one of the “eminent common-law authorities,” and cites him more than a dozen times in his argument challenging the historical narrative of abortion laws in the United States.

“The right to an abortion is not deeply rooted in the Nation’s history and traditions,” Alito argues in the draft opinion. “On the contrary, an unbroken tradition of prohibiting abortion on pain of criminal punishment persisted from the earliest days of common law until 1973.”

Alito notes that Hale described the abortion of a “quick child” as a “great crime.” (”Quick” refers to “quickening,” which, in English common law, occurs when a mother can detect fetal movement, typically between four and six months of pregnancy.)

Many historians disagree with Alito’s argument. In an amicus brief submitted in the Mississippi abortion-rights case before the justices, the American Historical Association and the Organization of American Historians counter that up until the Civil War, most states barred abortion only in the later stages of pregnancy, and that abortions before fetal “quickening” were legal.

Alito does not mention Hale’s other writing on women, such as his views on rape. In his treatise, “History of the Pleas of the Crown,” published posthumously in 1736, which Alito cites throughout his draft opinion, Hale famously argued that marital rape is exempt from criminal prosecution. Once a woman consents to marry, Hale argues, “the wife hath given up herself in this kind unto her husband, which she cannot retract.”

Hale’s defense of marital rape remained the legal standard in the United States until the 1970s, when Nebraska became the first state to outlaw it. Although spousal rape is illegal in every state, several states still have statutory exemptions for spouses, depending on a variety of factors, including the age of the victim or the victim’s capacity to consent, according to AEquitas, a nonprofit focused on the prosecution of gender-based violence.

Hale’s legacy also includes his deep skepticism of rape accusations. Although he called rape a “most detestable crime” that ought “to be punished with death,” Hale believed that rape is “an accusation easily to be made and hard to be proved, and harder to be defended by the party accused, tho never so innocent.”

“One of the things Hale helped embed in the law is this intense suspicion of women,” Hasday said. “This premise that women who claim to be raped are liars, and the idea that proving rape should be extraordinarily difficult because you just can’t rely on women.”

Hasday said Hale’s suspicion of women extends to his handling of witchcraft cases. In Bury St. Edmunds in 1662, Hale presided over one of England’s most notorious witchcraft trials, which resulted in the hanging of two older widows, Amy Denny and Rose Cullender, accused of bewitching their neighbors.

The proceedings were remarkably similar to the witchcraft trials in Salem, according to Cornell University historian Mary Beth Norton. The complainants in Hale’s case were young girls who “screeched and screamed in the courtroom so much that they could not testify,” Norton said, and their relatives testified in the girls’ place. Hale admitted the witness testimony, including claims that the accused had appeared before the afflicted children in visions, as “spectral evidence.”

Thirty years later, judges in Salem consulted an account of the trial, “A Tryal of Witches at the Assizes,” Norton said, and used Hale’s permitting of spectral evidence to justify their own proceedings.

Hale’s work “was an important backing for the legitimacy of the trials in 1692,” Norton said. “That is, this opinion of Sir Matthew Hale that you could accept these statements by these young girls who were screaming and crying and having fits in the courtroom as legitimate evidence.”

Hale’s writings about women were not limited to his legal scholarship. In a 206-page letter of advice to his grandchildren, Hale laments that young English gentlewomen “learn to be bold [and] talk loud.” These young women, he charged, “know the ready way ... to ruin a family quickly.”

“They are a sort of chargeable unprofitable people,” Hale concludes, before imploring his granddaughters to learn “good housewifery” for the sake of their families and husbands. “A good wife is a portion of herself; but an idle or expensive wife is most times an ill bargain.”