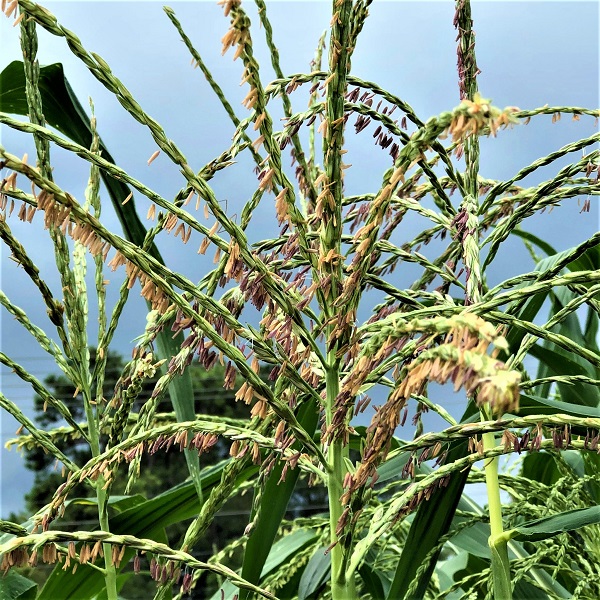 Old Salem Museums & Gardens﻿ tells us in its series Seeds with Stories: Maize (Zea mays) Descended from a grass called teosinte, maize was developed into a high yielding, nutritious crop by indigenous communities of southern Mexico & Central America about 9,000 years ago.
Often called corn, maize is sacred to Native American tribes, with each nation cultivating & maintaining its own variety. Traits were honed for specialized use as flour, popcorn, grits, hominy & roasting. Maize was often cultivated alongside beans & squash, commonly called the 3 sisters. Maize was a staple crop for the early Moravians of Wachovia.
Old Salem explores the diverse cultural history of the early South, with special emphasis on the Moravians in North Carolina, enslaved & free people of African descent, & Indigenous peoples of the Southern Woodland.
at 6:00 AM