17C Woman - The Good Works of a Wealthy Widow


We have few depictions of women in the 17C British American colonies, but contemporary European prints allow us to see the hairstyles & fashions being worn on the other side of the Atlantic during the early years of the English colonization of America. 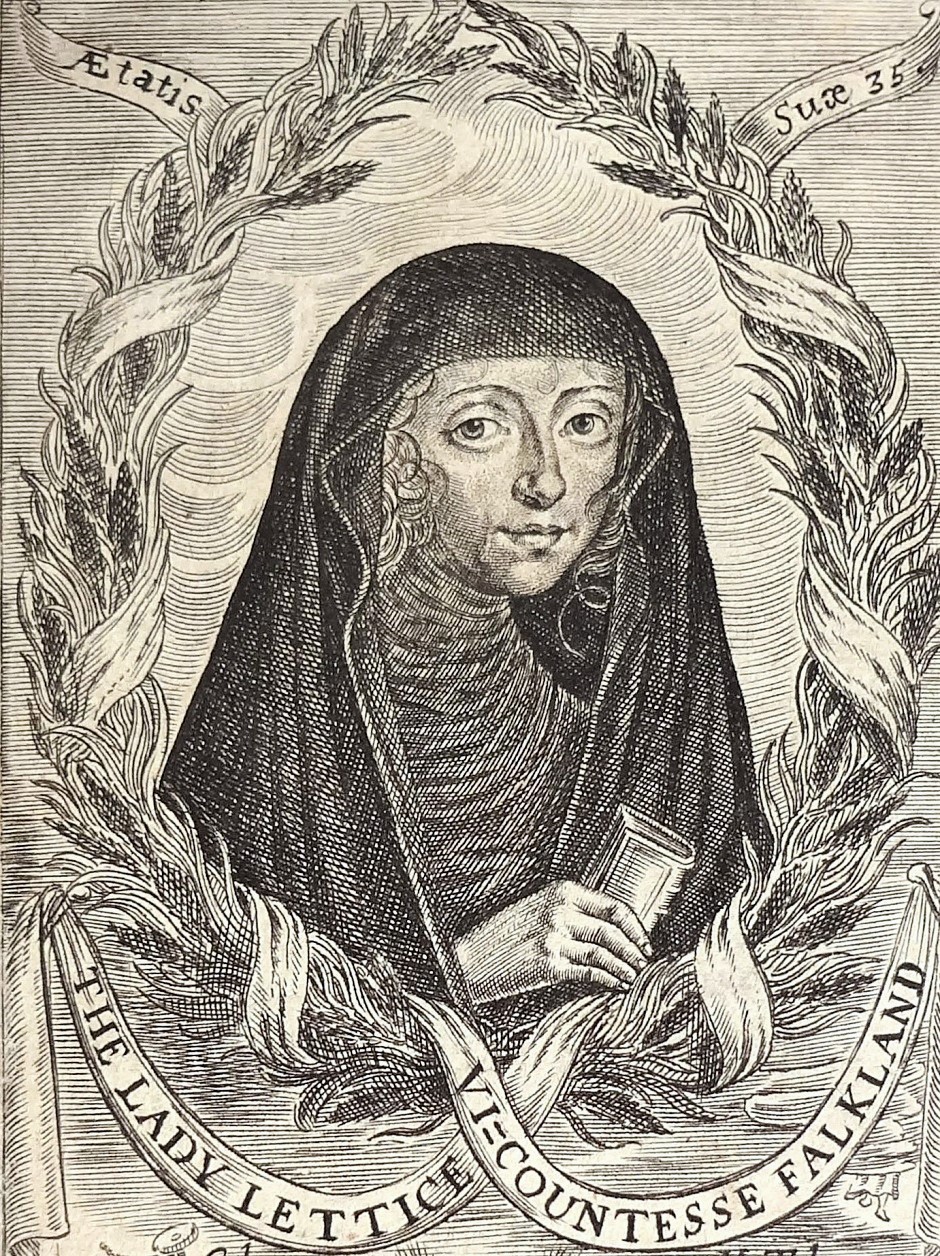 Lady Lettice, Viscountess Falkland, née Moryson (1610-46) Engraving, frontispiece to John Duncon, The Returnes of Spiritual Comfort and Grief (London, 1648)  This is a shrouded, posthumous portrait of Lady Lettice, who was wife of Lucius Cary, 2nd Viscount Falkland (c.1610-43). Cary was famous as an author & cultivator of the arts; he drew a circle of writers around him at Great Tew, including Ben Jonson & Abraham Cowley. He died for the royalist cause at the First Battle of Newbury during the English Civil War.

This excellent lady was daughter of Sir Richard Morison, of Tooley Park, in Leicestershire, knt. & relict of the celebrated Lucius Cary, viscount Falkland, who was killed in the first battle of Newbury. When that great & amiable man was no more, she fixed her eyes on heaven; & though sunk in the deepest affliction, she soon found that relief from acts of piety & devotion, which nothing else could have administered. After the tumults of her grief had subsided, & her mind was restored to its former tranquillity, she began to experience that happiness which all are strangers to but the truly religious. She was constant in the public & private exercises of devotion, spent much of her time in family prayer, in singing psalms, & catechising her children & domestics. She frequently visited her poor neighbours, especially in their sickness, & would sometimes condescend to read religious books to them, while they were employed in spinning. She distributed a great number of pious tracts. Lord Falkland left her all that he was possessed of by will, & committed his 3 sons, the only children he had, to her care. Ob. Feb. 1646, 2Et. circ. 35.
James Granger. A Biographical History of England: From Egbert the Great to the Revolution. 1769