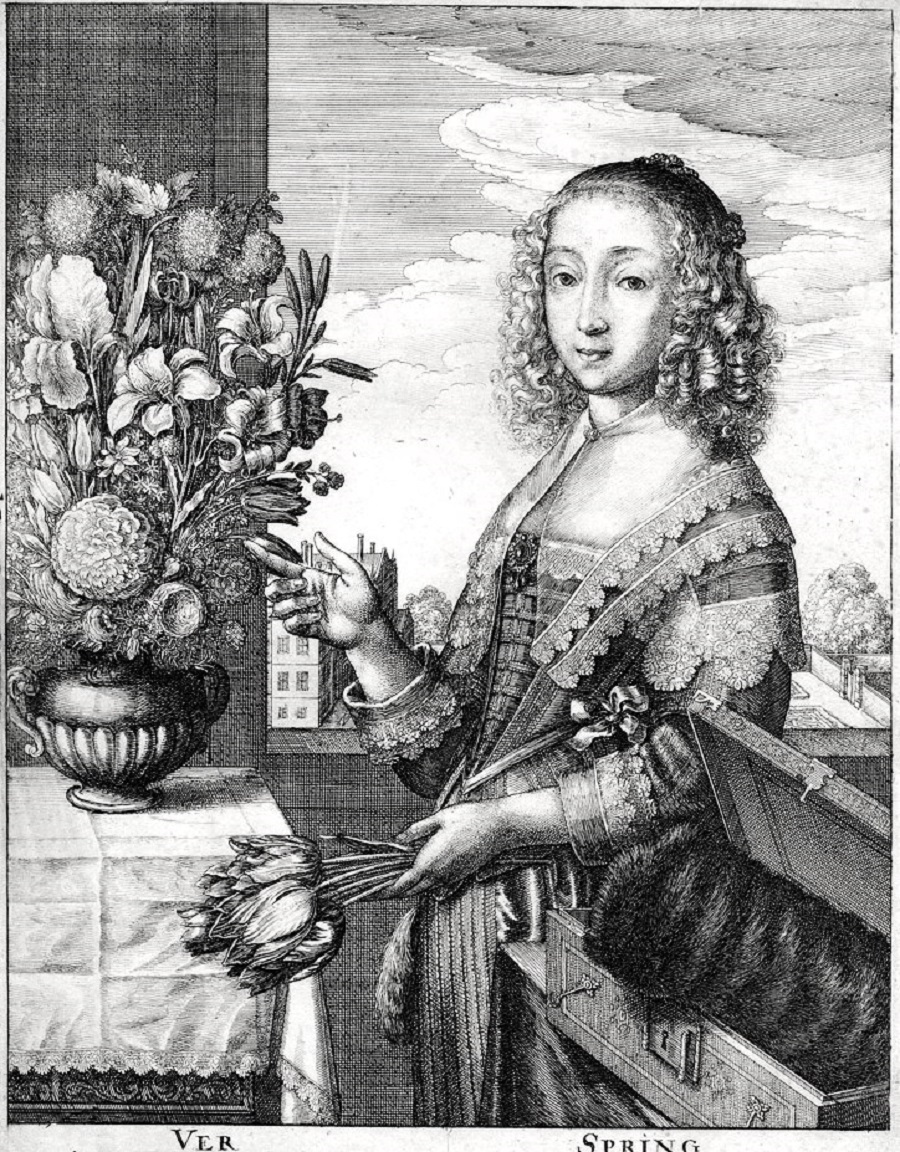 1671 Allegories of Spring- In a Garden with Putties 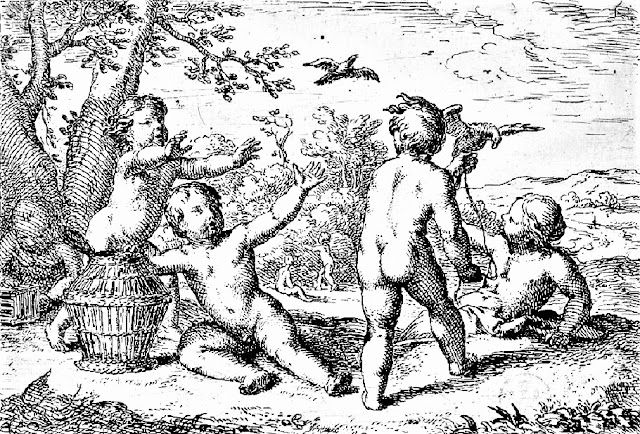 17C Allegory of Spring- In a Garden 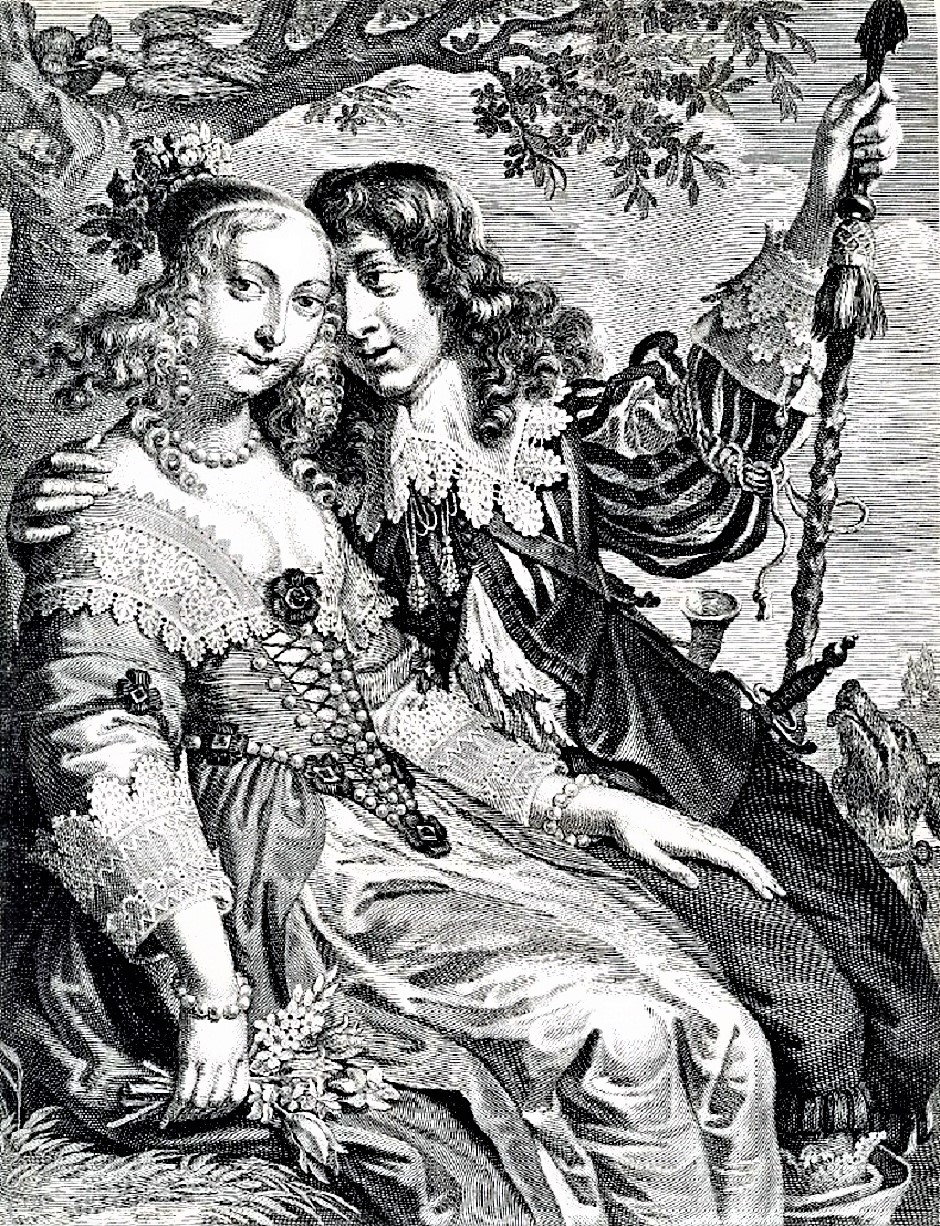 1660 Spring from The Four Seasons by Jean Leblond 1605-1666. Here a couple sit on a turf seat under a tree in a garden setting.The young woman is holding flowers in her right hand and placing her left hand on the man's thigh.  The man appears to be holding a staff in his left hand.
at 4:00 AM

17C Allegory of Spring- In a Garden with Putti 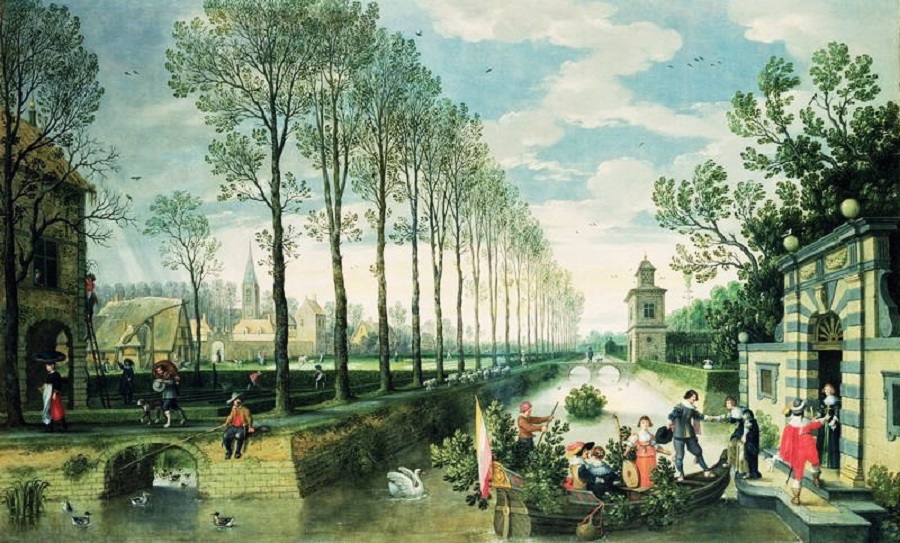 Sebastian Vrancx (Flemish artist, 1573-1647) The Four Seasons - Spring Boating Party Gathering Green Branches to decorate their homes.  Holding on to the Sweet Divine - “The Lord God took man & put him in the Garden of Eden to work it & to keep it.” Genesis 2:15.
at 4:00 AM 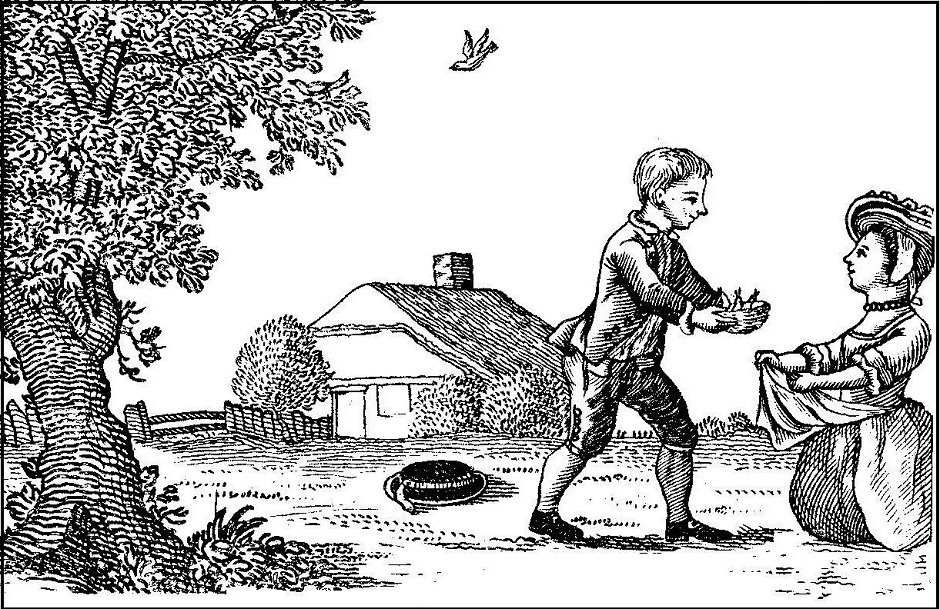 18C English Woodcut of Spring. A bird's nest with chirping chicks is gently placed in the young woman's apron.
at 4:00 AM 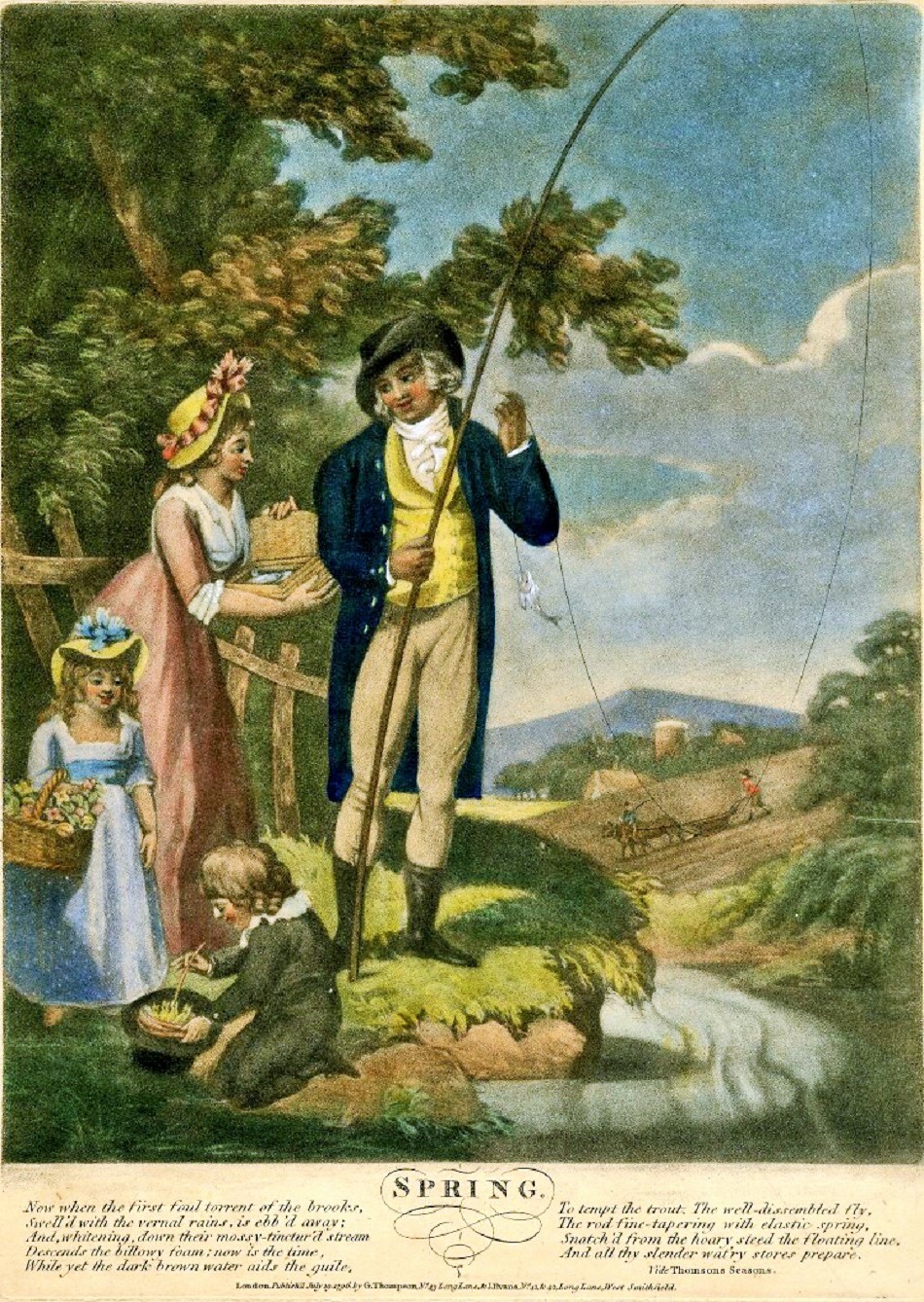 This depiction of Spring shows a family on a river bank.  The man is holding a fishing rod and displying a fish caught on the line, while the woman opens a wicker basket full of others. The little girl stands holding a basket of flowers, while the little boy kneels in the foreground, feeding birds in a nest in his hat. Behind them a team is ploughing in the background to right.
at 4:00 AM 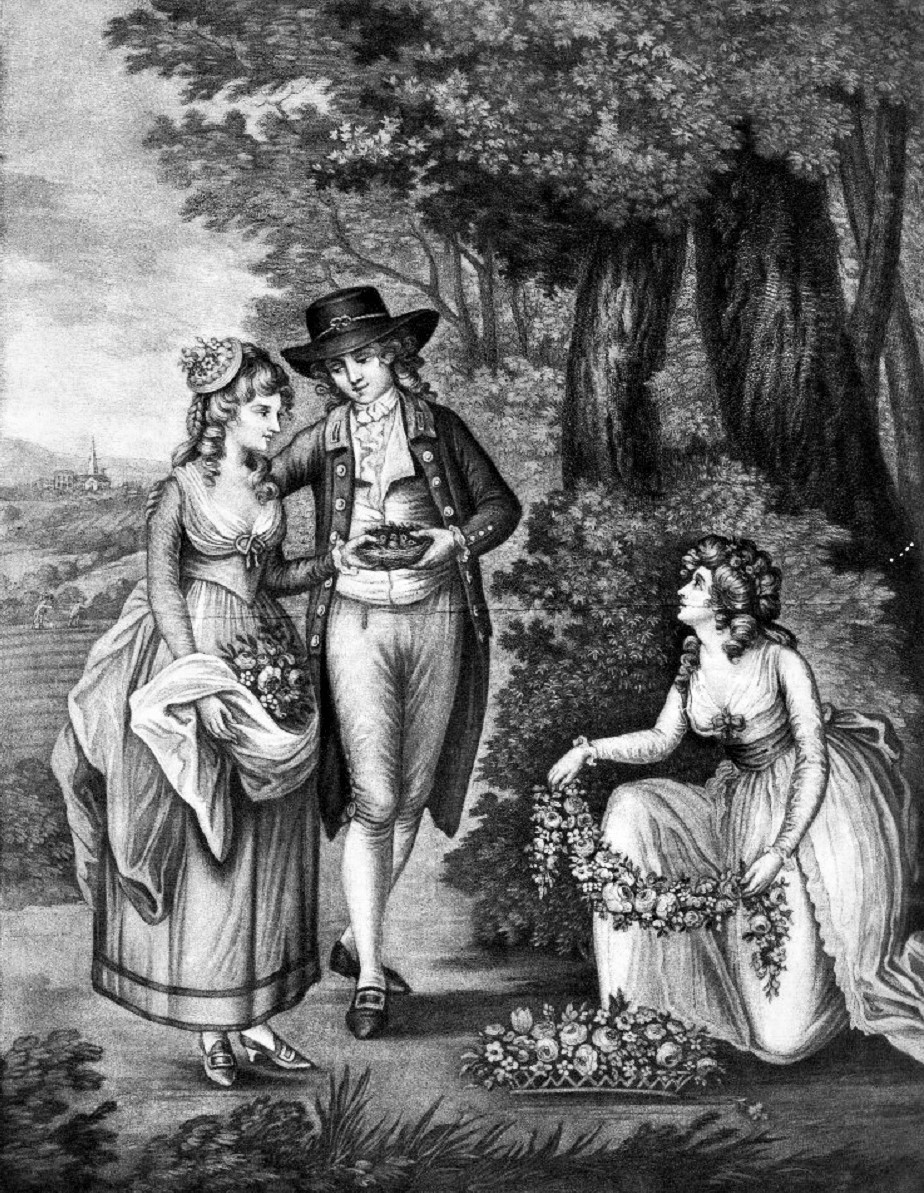 1785 Probably published in Britain. Here a young man is handing a birds' nest to a young woman. He has one hand on her shoulder as she accepts the nest.  She is collecting spring flowers in her apron. The couple is passing by another woman kneeling beside a basket of flowers and hold up a garland for the couple to see. Men are sowing grain in fields in the background to left.
at 4:00 AM 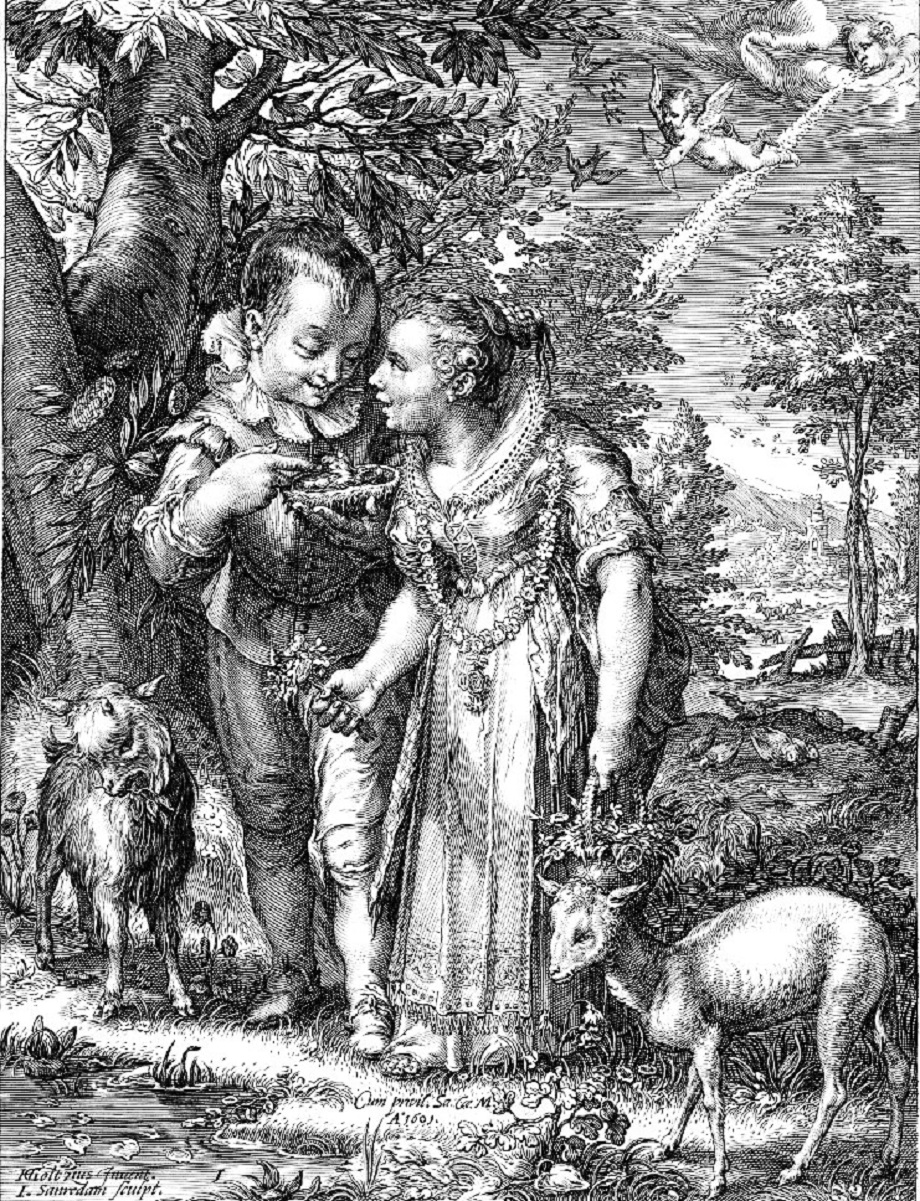 17C Allegories & Myths of Spring around a Garden 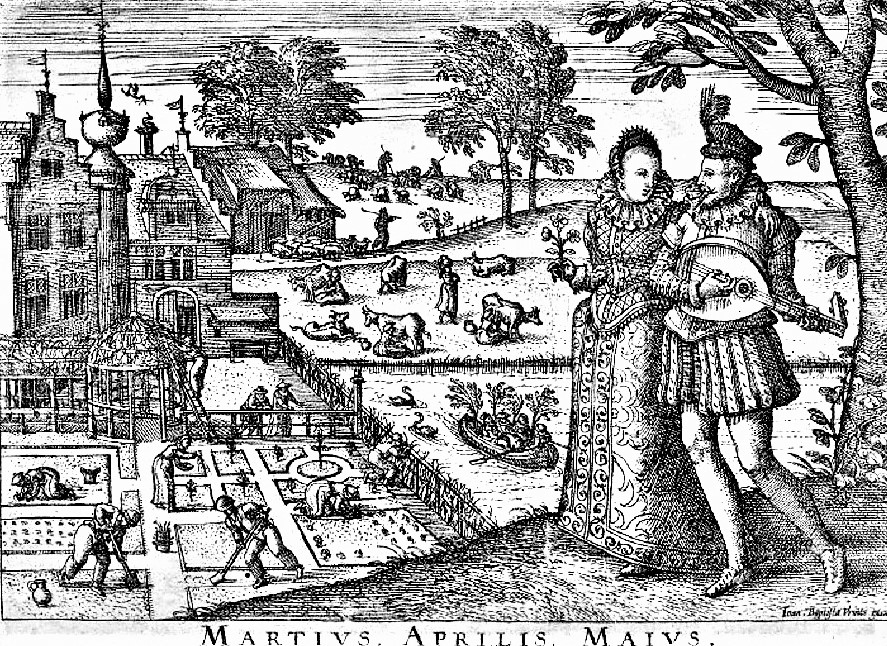 Some believed during May the veil between the human & supernatural worlds is at its thinnest, making them potent days for magic.
Holding on to the Sweet Divine - “The Lord God took man & put him in the Garden of Eden to work it & to keep it.”  Genesis 2:15.
at 4:00 AM 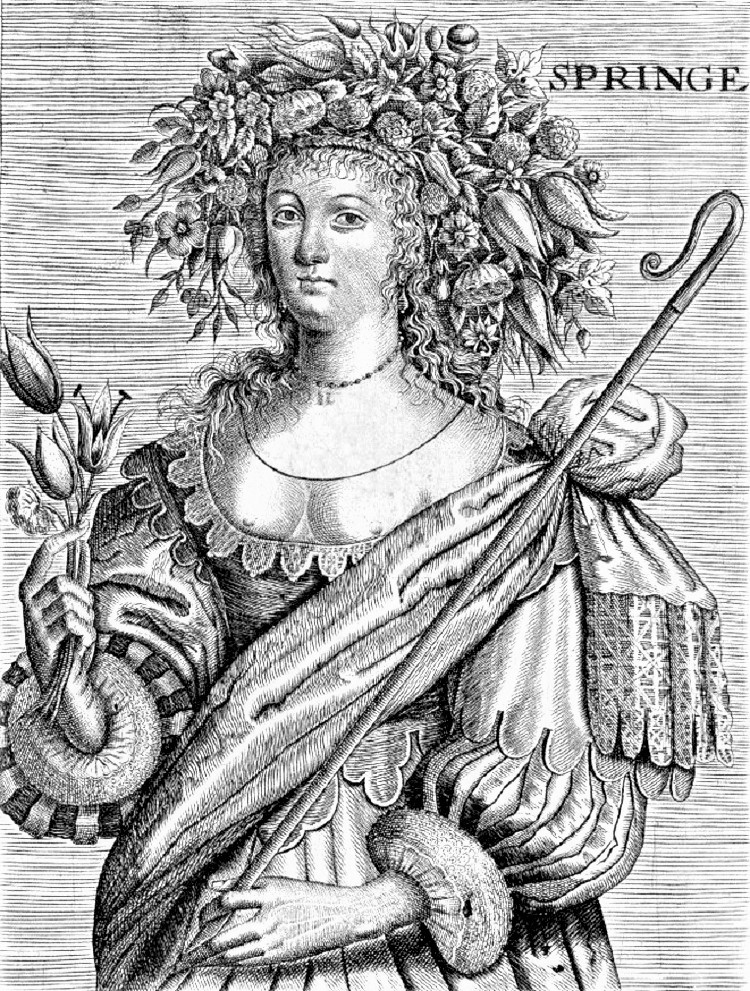 In Pagan Rome, the celebration of Floralia, from April 27-May 3 was the festival of the Flower Goddess Flora & the flowering of Springtime.  Holding on to the Sweet Divine - “The Lord God took man & put him in the Garden of Eden to work it & to keep it.”  Genesis 2:15.
at 4:00 AM 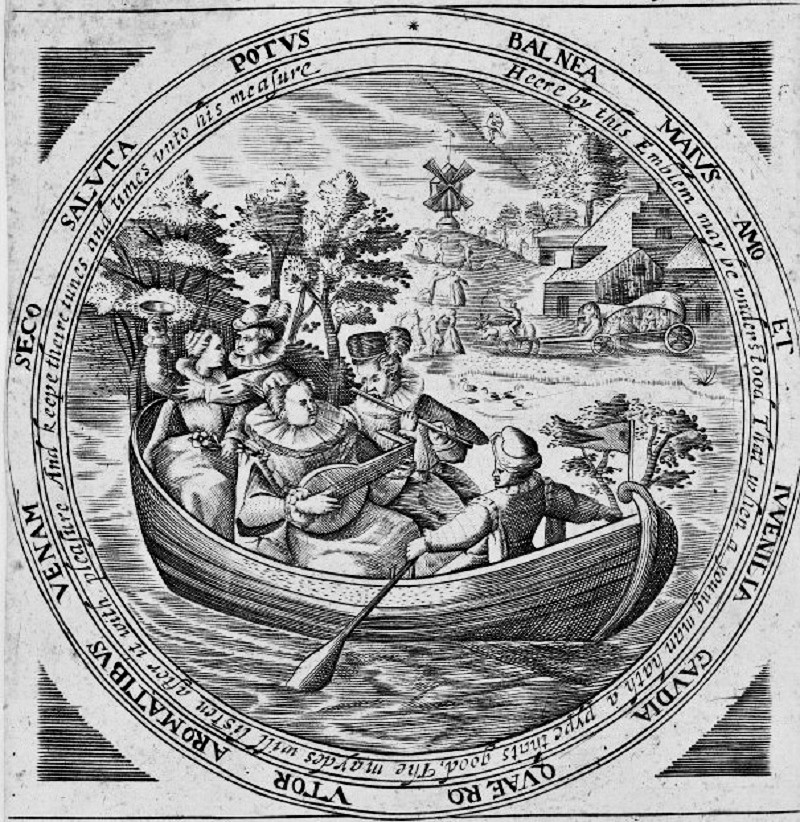 1660 Published by Matthew Collings; After Crispijn de Passe the Elder; After Maarten de Vos. May; boat with two couples collecting green branches, drinking, and making music.   The branches of new leaves decorating the boat celebrate the regeneration of spring & fertility.
Holding on to the Sweet Divine - “The Lord God took man & put him in the Garden of Eden to work it & to keep it.”  Genesis 2:15.
at 4:00 AM

Email ThisBlogThis!Share to TwitterShare to FacebookShare to Pinterest
Labels: I, Myth/Allegory/Personification, Spring 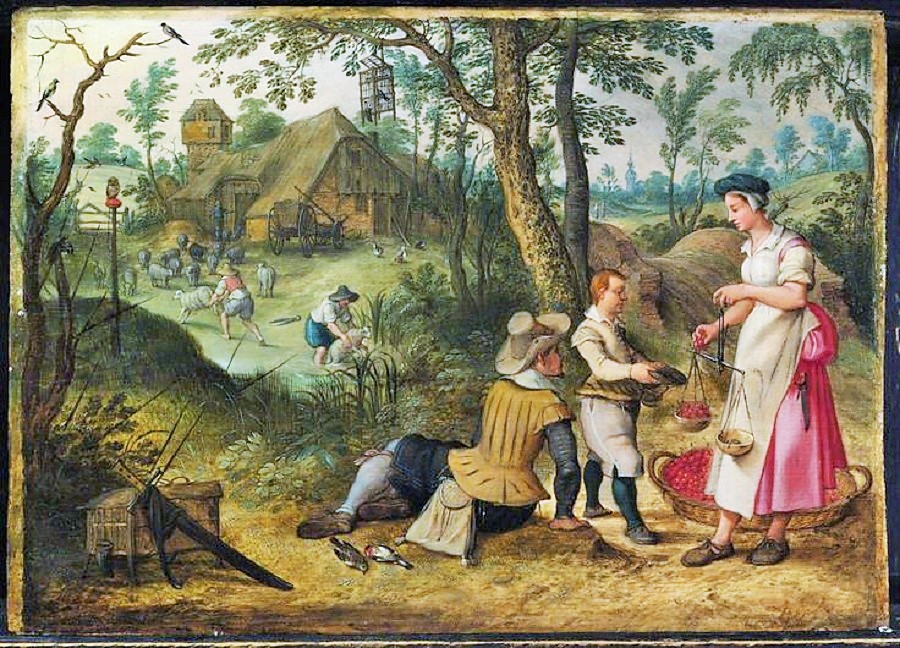 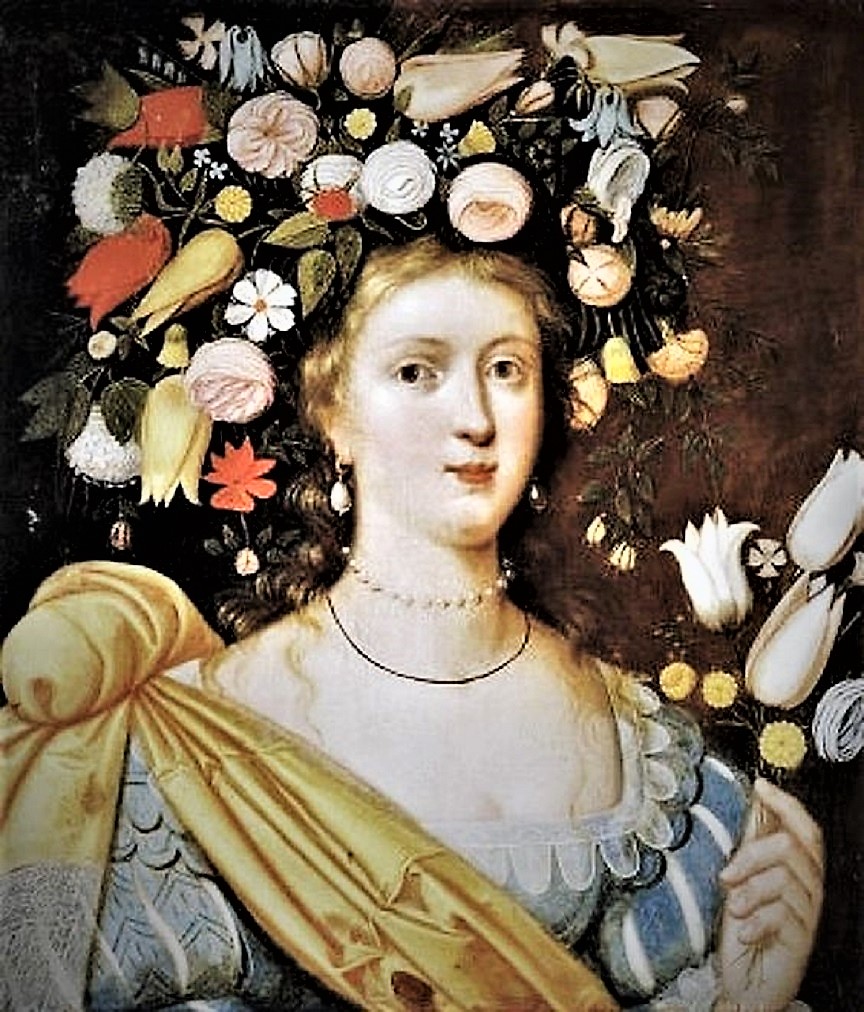 Wenceslaus Hollar (European-born English artist, 1607-1677) Duchess of Lennox as Spring. Spring refers to the ecological, environmental season, and also to ideas of rebirth, rejuvenation, renewal, resurrection & regrowth.
Holding on to the Sweet Divine - “The Lord God took man & put him in the Garden of Eden to work it & to keep it.”  Genesis 2:15.
at 4:00 AM