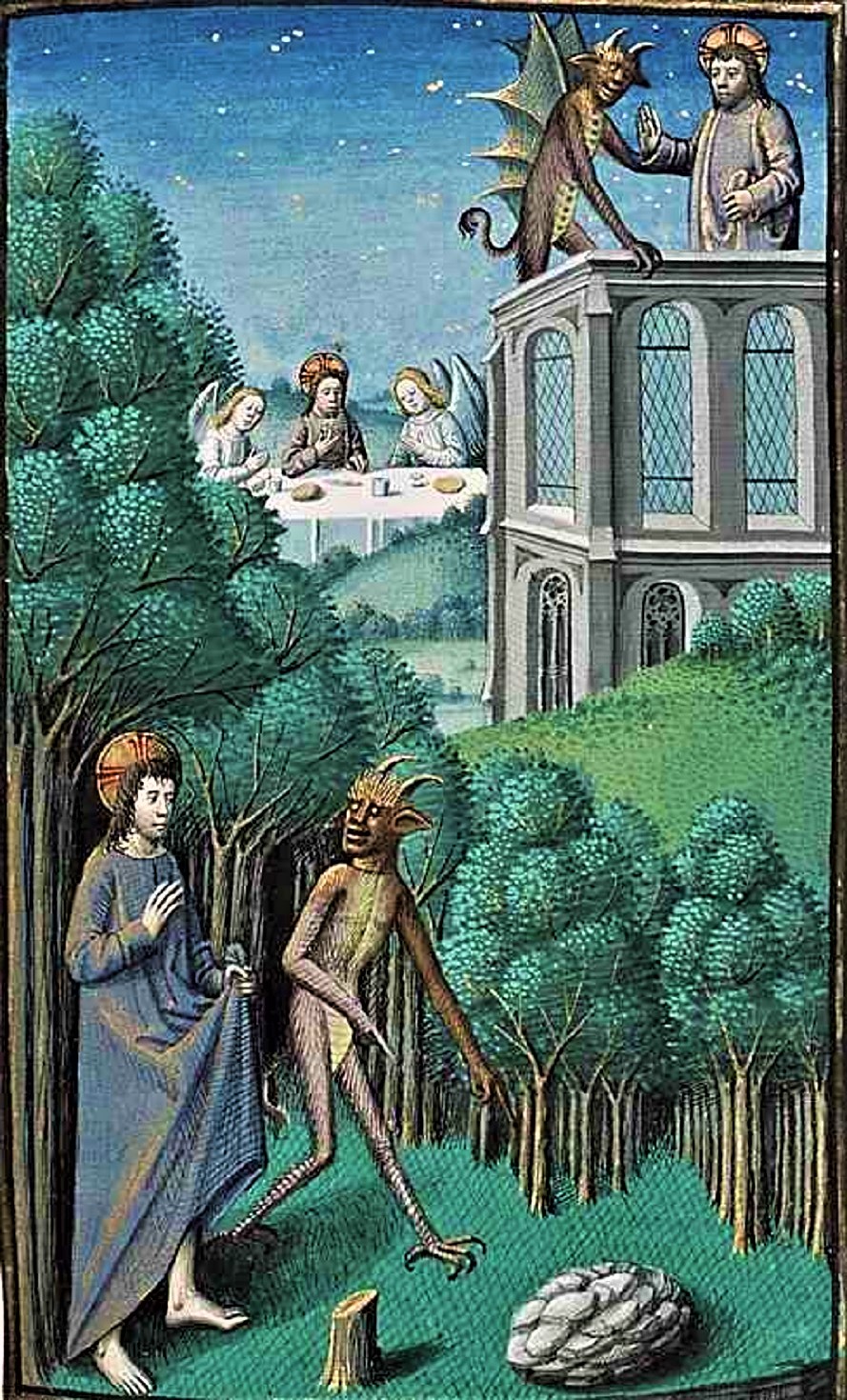 All three Synoptic Gospels relate that Jesus spent a period of 40 days & nights in the desert immediately following His Baptism in the Jordan by John the Baptist & the dramatic recognition given by Heaven to this event. The number 40 obviously has resonance with such Old Testament events as the 40 days & nights of the Great Flood (Genesis 7:9), the 40 days & nights that Moses was on Mount Sinai receiving the Ten Commandments from God (Exodus 24:18) & the 40 years in which the Hebrews wandered in the wilderness (Numbers 14:32-34).  Mark’s reference to the Temptation of Jesus is the shortest of the three. Matthew (Matthew 4:1-11) & Luke (Luke 4:1-13) both describe in detail the temptations tried by Satan, temptations to power & pride, which Jesus resisted. All three agree that at the end of these 40 days & nights, Jesus was tired & hungry.  In this image, the scene of the angels ministering (& snacking!) at a table in the far background, behind the 2 scenes depicting the temptations.
at 4:00 AM