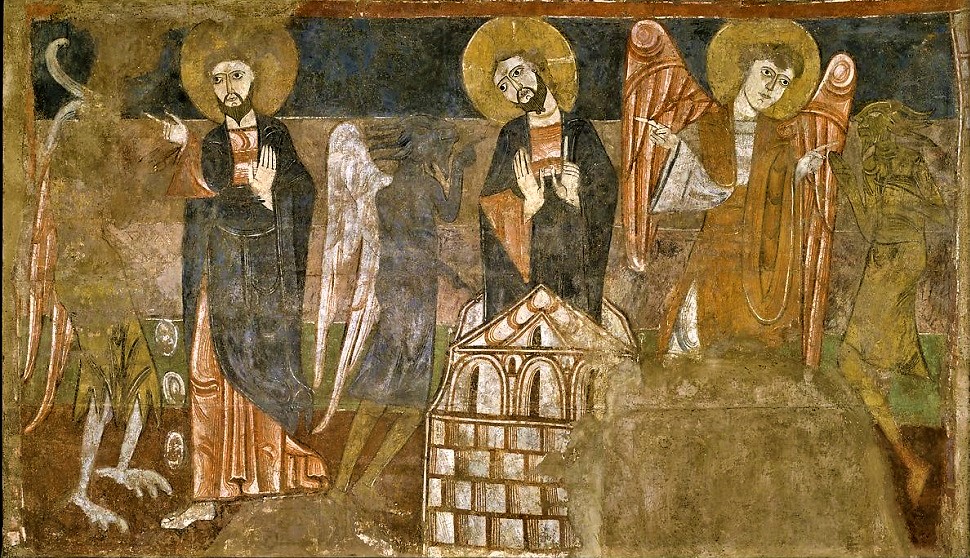 The Met tells us that the fresco comes from "The hermitage of San Baudelio de Berlanga was constructed in the beginning of the 11C at the heart of the frontier between Islamic & Christian lands.  One hundred fifty years later, its extraordinary palm-vaulted interior was transformed with the addition of two cycles of vibrant paintings: an extensive life-cycle of Christ at the top & scenes of hunting & animals at the bottom, derived from Islamic art. The large figures of the biblical cycle, the clear outlines, & the radiant colors ensured that the story would be legible from the floor. The fresco conflates three episodes from Christ's Temptation. At the left, the Devil dares Christ to turn stones into bread. In the middle, Satan challenges Christ, standing on the gable of the Temple, to throw himself down. The angel talking to a demon at the right refers to the last temptation of Christ, who, after refusing to worship the Devil, is ministered by angels."