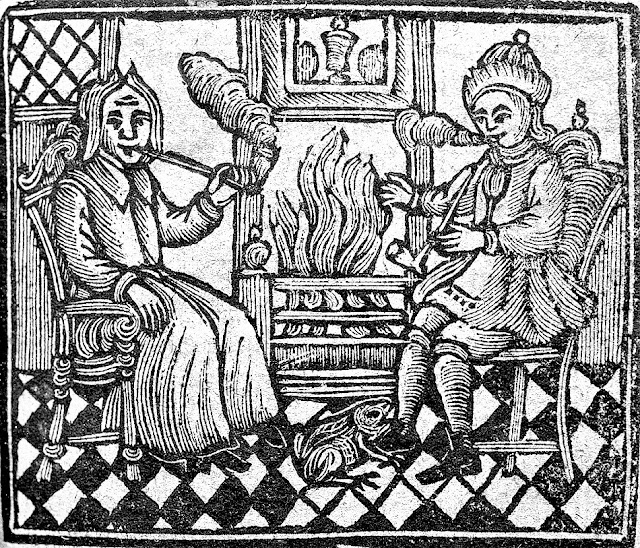 Image from History of Witches and Wizards, 1720 or The history of witches and wizards: giving a true account of all their tryals in England, Scotland, Swedeland, France, and New England; with their confession and condemnation / Collected from Bishop Hall, Bishop Morton, Sir Matthew Hale, etc. By W.P. 1720

Trials for witchcraft in New England did not begin in 1692.  In The Salem Witch Trials: a Reference Guide by K. David Goss, he recounts the trial of Anne Hibbins who was hanged in 1656. Anne Hibbins (1656) was censured by Boston church leaders for her contentious behavior in repeatedly accusing a local craftsman of overcharging for his labor. She was furthermore charged with supplanting her husband’s position in dealing with this problem, violating the Puritan belief that wives should submit themselves to the leadership of their husbands.

For this offense, she was unrepentant. She was removed from membership in the Boston church and found guilty of witchcraft in 1654, after the death of her husband. Although the magistrates denied the initial verdict, a 2nd trial was held before the Massachusetts Great and General Court. Anne Hibbins was convicted a 2nd time of witchcraft and executed in 1656.
In his assessment of this tragedy, Governor Thomas Hutchinson (1711-1780), in his "History of Massachusetts," places the blame for this conviction upon the people of Boston who disliked Anne Hibbin’s contentious nature. He wrote that the trial and the condemnation of Anne Hibbins for witchcraft was "a most remarkable occurrence in the colony," for he found that is was her temper and argumentative nature, that caused he neighbors to accuse her of being a witch.
The Female Witch Myth was enhanced by English Jurist Matthew Hale (1609-1676), so influential in the recent Roe v. Wade demise, whose writings & court rulings on women were/are far-reaching & long-lasting. In 1662, he was involved in one of the most notorious of the 17C English witchcraft trials, where he sentenced 2 women to death for being witches. The judgment of Hale in this case was extremely influential in future cases in England & in the British American colonies, & was used in the 1692 Salem witch trials to justify the forfeiture of the accused's lands. As late as 1664, Hale used the argument that the existence of laws against witches is proof that witches exist.
Perhaps English Jurist Matthew Hale (1609-1676) read Malleus Maleficarum (1486) translated by Montague Summers 1928 - see Google Books) Written in Latin & first submitted to the University of Cologne on May 9th, 1487, the title is translated as "The Hammer of Witches." Written in 1486 by Austrian priest Heinrich Kramer (also Kraemer) & German priest Jakob (also James) Sprenger, at the request of Pope Innocent VIII. As the main justification for persecution of witches, the authors relied on a brief passage in the Bible (the book of Exodus, chapter 22, verse 18), which states: "Thou shalt not suffer a witch to live." The Malleus remained in use for 300 years. It had tremendous influence in the witch trials in England & her colonies, & on the European continent.
The Malleus was used as a judicial case-book for the detection & persecution of witches, specifying rules of evidence & the canonical procedures by which suspected witches were tortured & put to death. Thousands of people (primarily women) were judicially murdered as a result of the procedures described in the book because of having a strange birthmark, living alone, mental illness, cultivating medicinal herbs, or simply because they were falsely accused (often for financial gain by the accuser). The Malleus serves as a chilling warning of what happens when intolerance takes over a society. 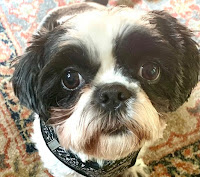 My dog is still giving me a look that says you may be "beating a dead horse." I kind of remember that in England they say "flogging a dead horse." Or as Sophocles wrote (in Greek, of course) in his play Antigone, "Nay, allow the claim of the dead; stab not the fallen; what prowess is it to slay the slain anew?"
at 6:33 AM