Stanley Spencer, (English painter, 1891-1959) Music Lesson at Bedales 1921  Bedales School is an independent school situated in the village of Steep, in Hampshire. The school was founded in 1893, by John Haden Badley in reaction to the limitations of conventional Victorian schools. In the first half of 20th century the progressive movement around Bedales attracted a community of artists, craftsmen & writers to live in Steep. In the early 1920s Stanley Spencer made a number of drawings & paintings of activities at the school, while staying with Muirhead Bone.

Spencer's father was a musician & taught him to play the piano,  Two sisters who lived at the end of his lane in Cookham, said that he would drop in & say "Can I have a tinkle?" He would sit down at their piano & play Bach & Chopin. 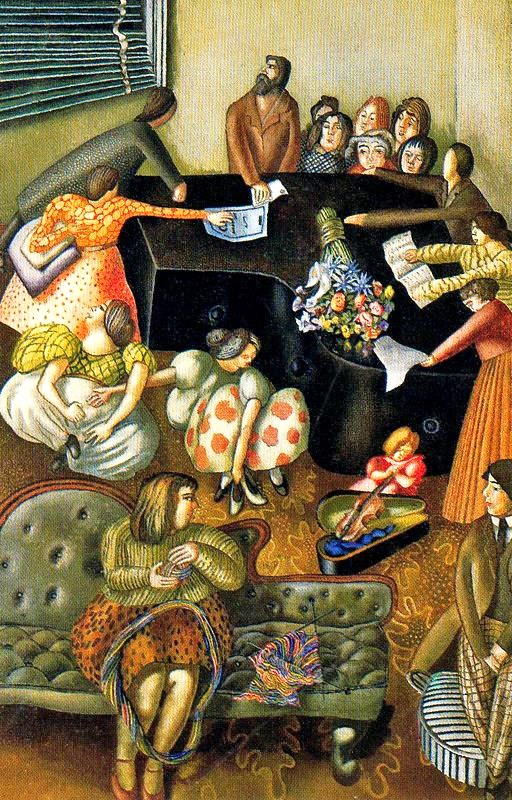