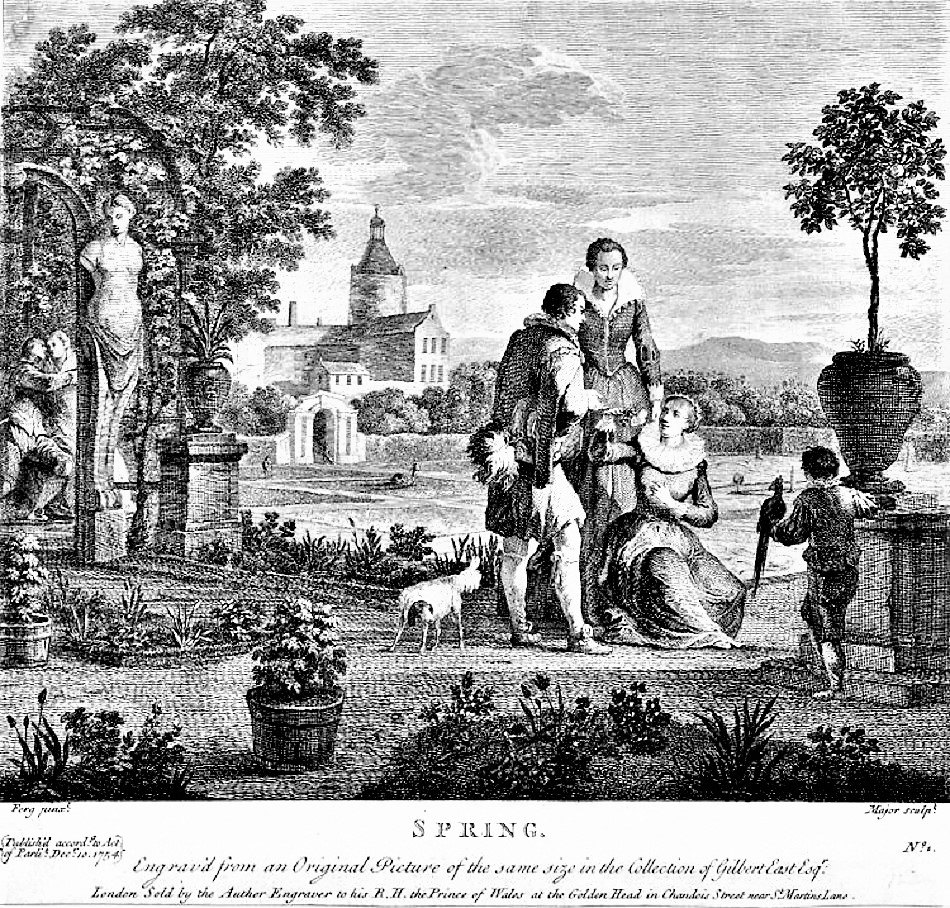 1754 Spring from The Four Seasons published by Thomas Major London.

People appear to work in the walled sunken garden behind the group. A man hands a flower to a young woman sitting on a terrace with her attendant standing behind them.  A boy at right has a parrot perched on his hand.  They are in a garden with a statue of a Venus & an arch at left, through which a couple can be seen in an embrace. Plants in pots dot the area around the group.
at 4:00 AM