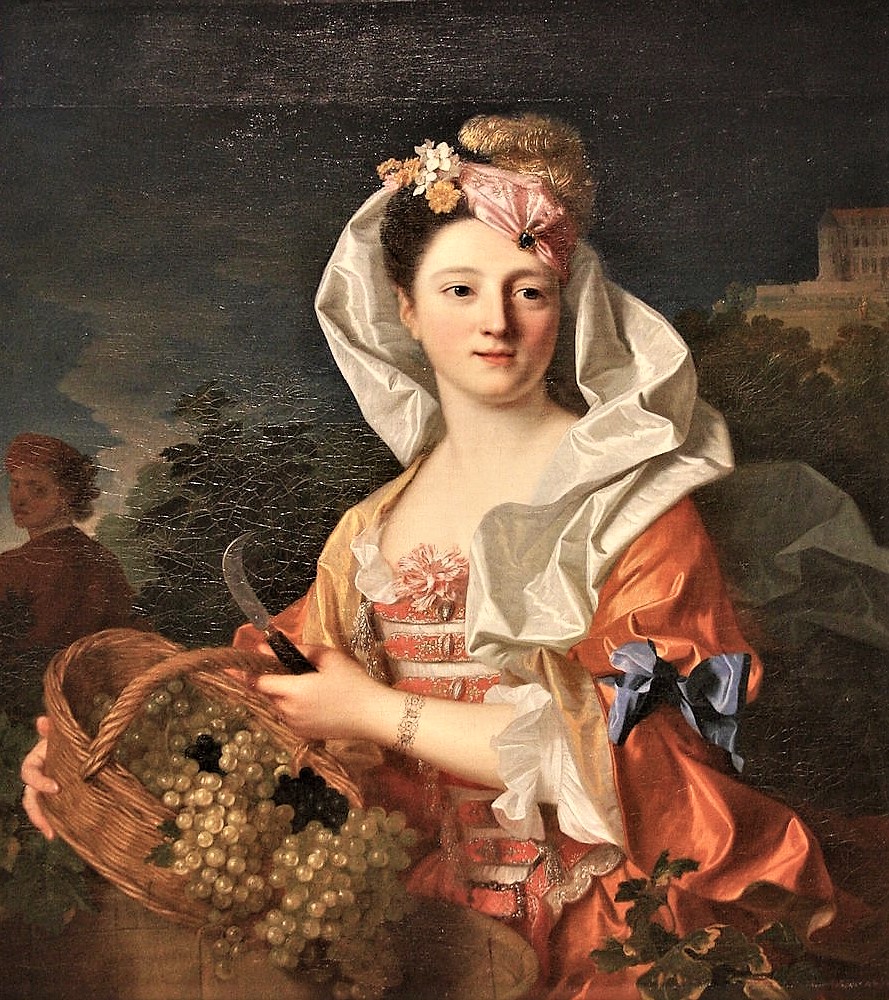 The god Vertumus caught on to Pomona's aversion to men in her orchards & in her life generally. In Roman mythology, Vertumnus, the young, handsome god of changing seasons & patron of fruits, determined to win over Pomona.  He could change his form at will according to Ovid's Metamorphoses (xiv).  He came to her in various male disguises, which included, a reaper, an apple picker, a fisher, a solider, & more. Even with the disguises, she still never paid him the slightest bit of attention. One day Vertumnus tried a disguise as an old women. And Pomona finally allowed him to enter her garden, where he pretended to be interested in her fruit. But he finally told her he was more exquisite than her crops. After saying that, he kissed her passionately, but it wasn't enough. Vertumnus kept trying to sway her by telling her a story of a young women who rejected a boy who loved her; in despair, the boy killed hung himself, & Venus punished the girl by turning her to stone. This narrative warning of the extreme dangers of rejecting a suitor (the embedded tale of Iphis & Anaxarete) still did not seduce her. It just didn't work, of course.
He then realized that it was the feminine disguise didn't work & tore it off.  It wasn't until Vertumnus appeared before her in his full manliness (apparently quite a good looking male specimen), that Pomona finally gave in to his inviting male charms. Vertumnus is a god of gardens & orchards & so it appears they were a match made in heaven. To his surprise, she fell in love with his manly wiles, & they became the ultimate loving couple working & playing in gardens & orchards together from then on.

The tale of Vertumnus & Pomona has been said to be the only purely Latin tale in Ovid's Metamorphoses. The subject of Vertumnus & Pomona appealed to European sculptors & painters of the 16th through the 18th centuries, providing a disguised erotic subtext in a scenario that contrasted youthful female beauty with an aged old woman. But it wasn't the old woman that ultimately won the day. In narrating the tale in the Metamorphoses, Ovid observed that the kind of kisses given by Vertumnus were never given by an old woman.  In Ovid's myth, Pomona scorned the love of the woodland gods Silvanus & Picus, but finally married the brutally handsome Vertumnus.
She & Vertumnus were celebrated in  an annual Roman festival on August 13. There is a grove that is dedicated to her called the Pomonal, located not far from Ostia, the ancient port of Rome. Unlike many other Roman goddesses & gods, Pomona does not have a Greek counterpart, though she is often associated with Demeter.
at 4:00 AM