The Virgin & The Christ Child & The Shepherds from the Fields 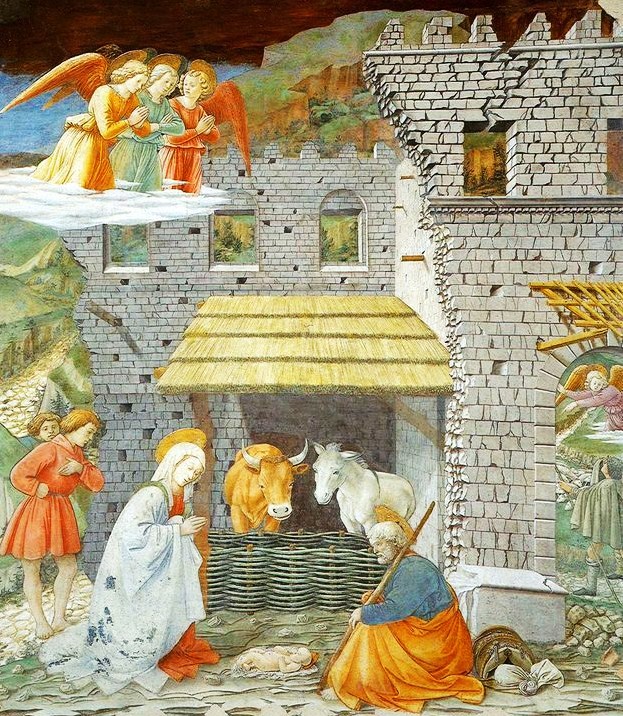 There were shepherds in the same country staying in the field, and keeping watch by night over their flock. Behold, an angel of the Lord stood by them, and the glory of the Lord shone around them, and they were terrified. The angel said to them, "Don't be afraid, for behold, I bring you good news of great joy which will be to all the people. For there is born to you, this day, in the city of David, a Savior, who is Christ the Lord. This is the sign to you: you will find a baby wrapped in strips of cloth, lying in a manger." Suddenly, there was with the angel a multitude of the heavenly army praising God, and saying,
"Glory to God in the highest,
on earth peace, good will toward men."
It happened, when the angels went away from them into the sky, that the shepherds said one to another, "Let's go to Bethlehem, now, and see this thing that has happened, which the Lord has made known to us." They came with haste, and found both Mary and Joseph, and the baby was lying in a manger. When they saw it, they publicized widely the saying which was spoken to them about this child. All who heard it wondered at the things which were spoken to them by the shepherds. But Mary kept all these sayings, pondering them in her heart. The shepherds returned, glorifying and praising God for all the things that they had heard and seen, just as it was told them.  Luke 2:8-20 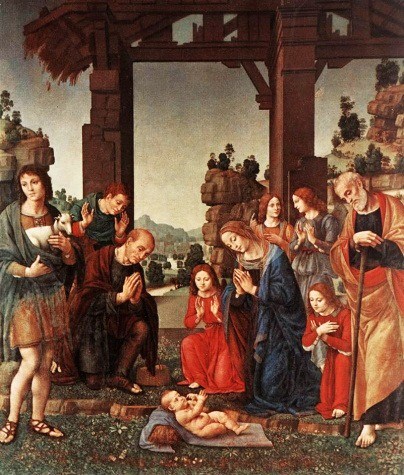 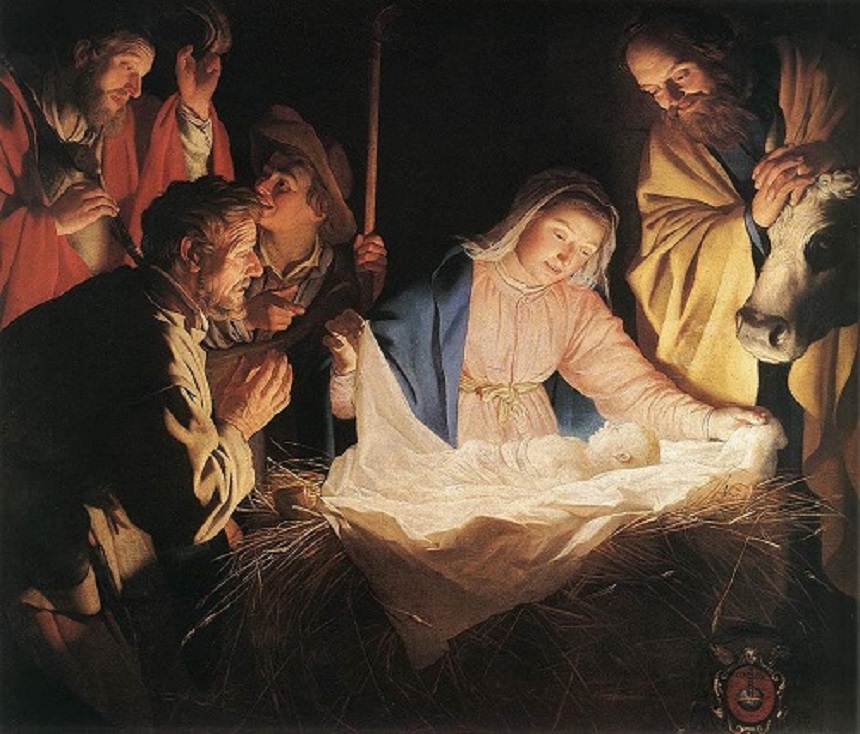 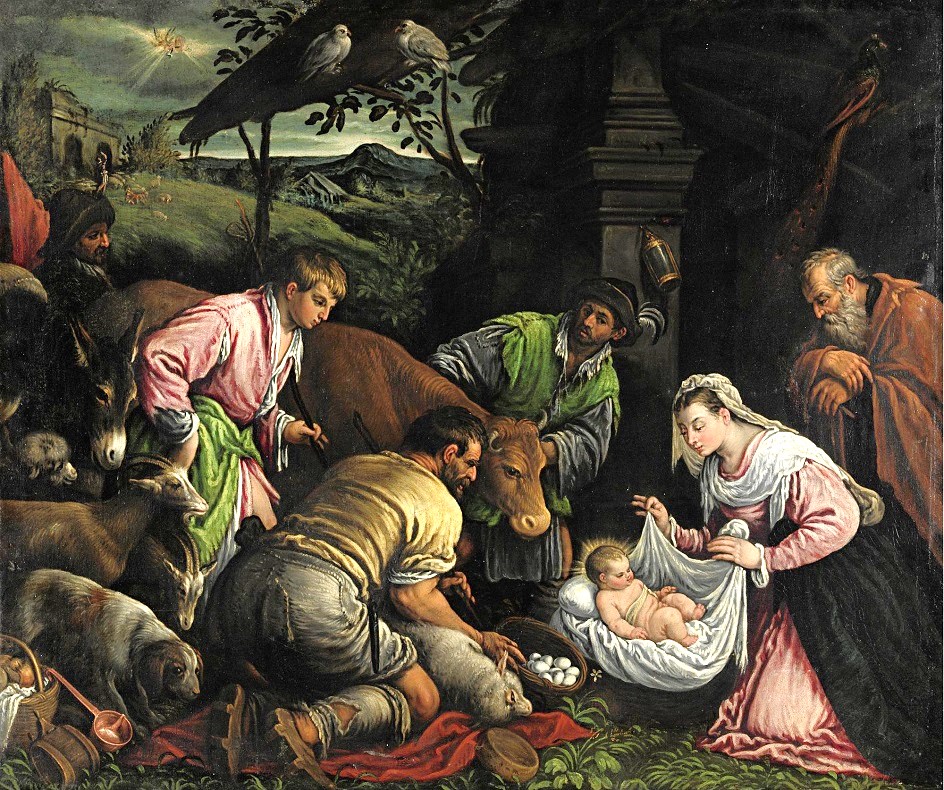 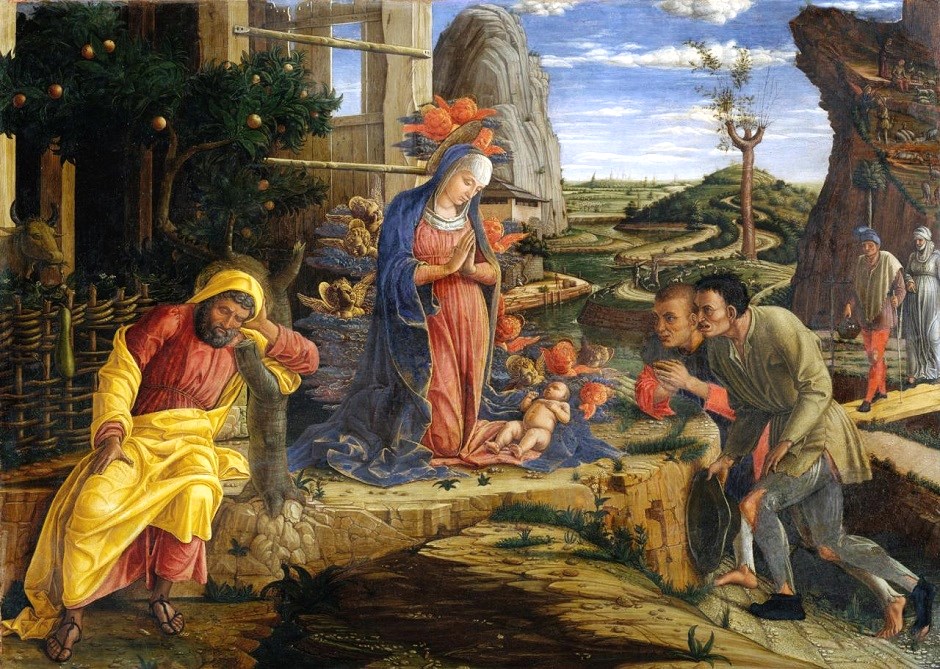 1451 Andrea Mantegna Adoration of the Shepherds 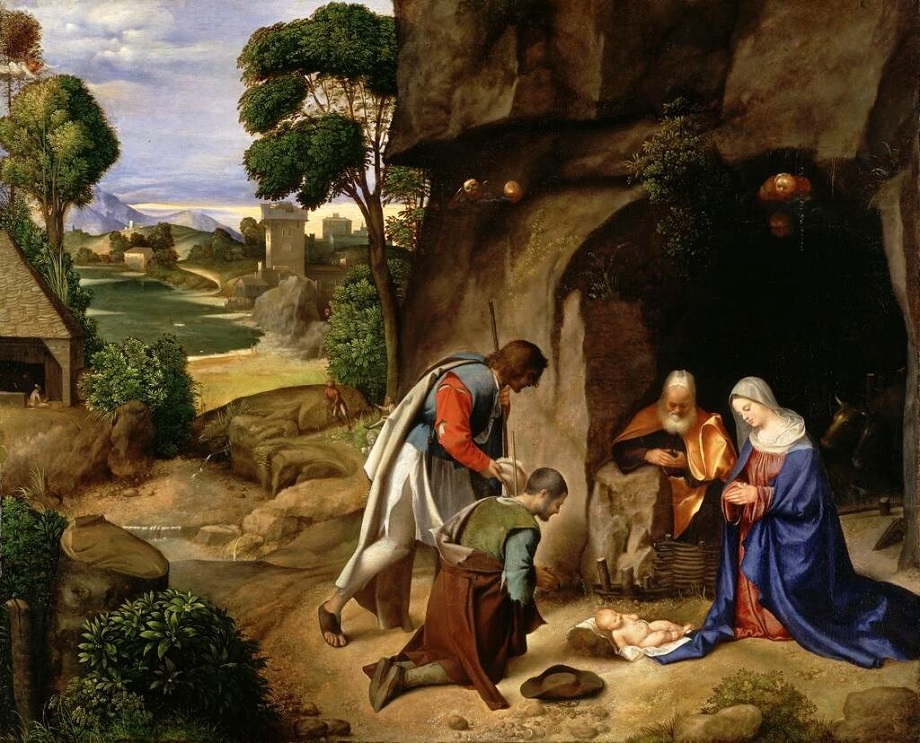 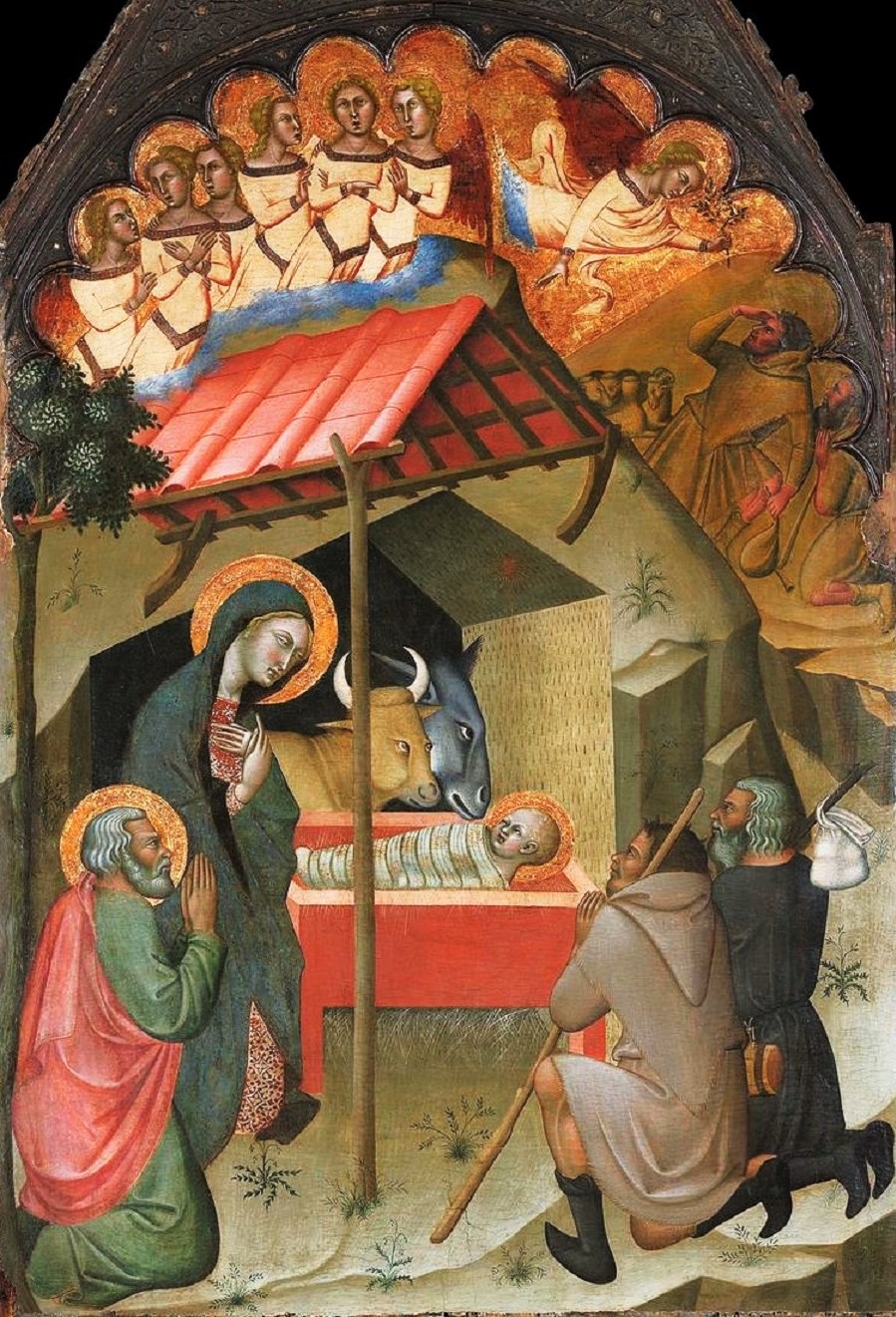