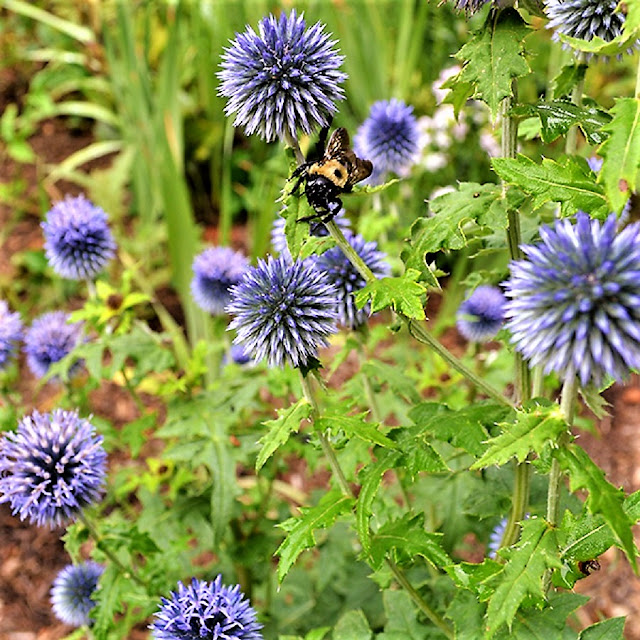 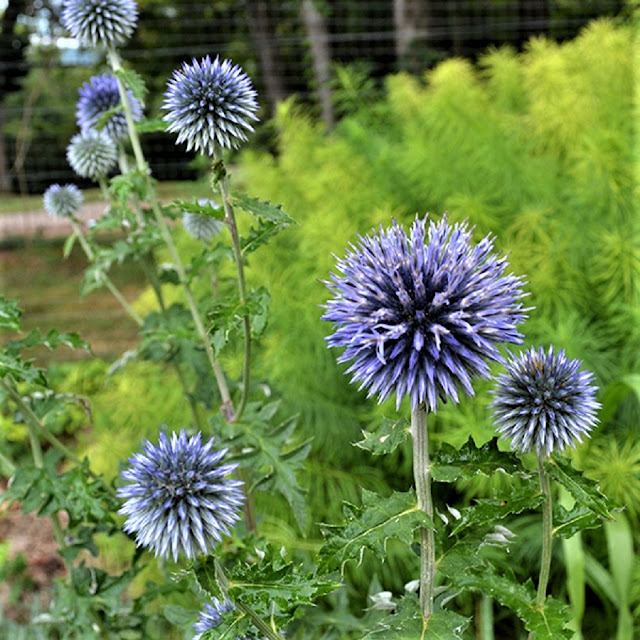 Globe Thistle, a Mediterranean plant long in cultivation throughout Europe, is an undemanding perennial suitable for the border or the wild garden.
Williamsburg’s John Custis might have received this species, or its more vigorous cousin, E. sphaerocephalus, from his English patron Peter Collinson in 1738. Both varieties are listed in Parkinson’s early 17th-century herbal, and Philip Miller’s 18th-century botanical dictionary.
Thomas Jefferson’s gardening mentor, Bernard McMahon, also included Small Globe Thistle in his 1806 American Gardener’s Calendar.
Today it is popular as a cut flower and for drying, and the flowers attract butterflies.
at 4:30 AM