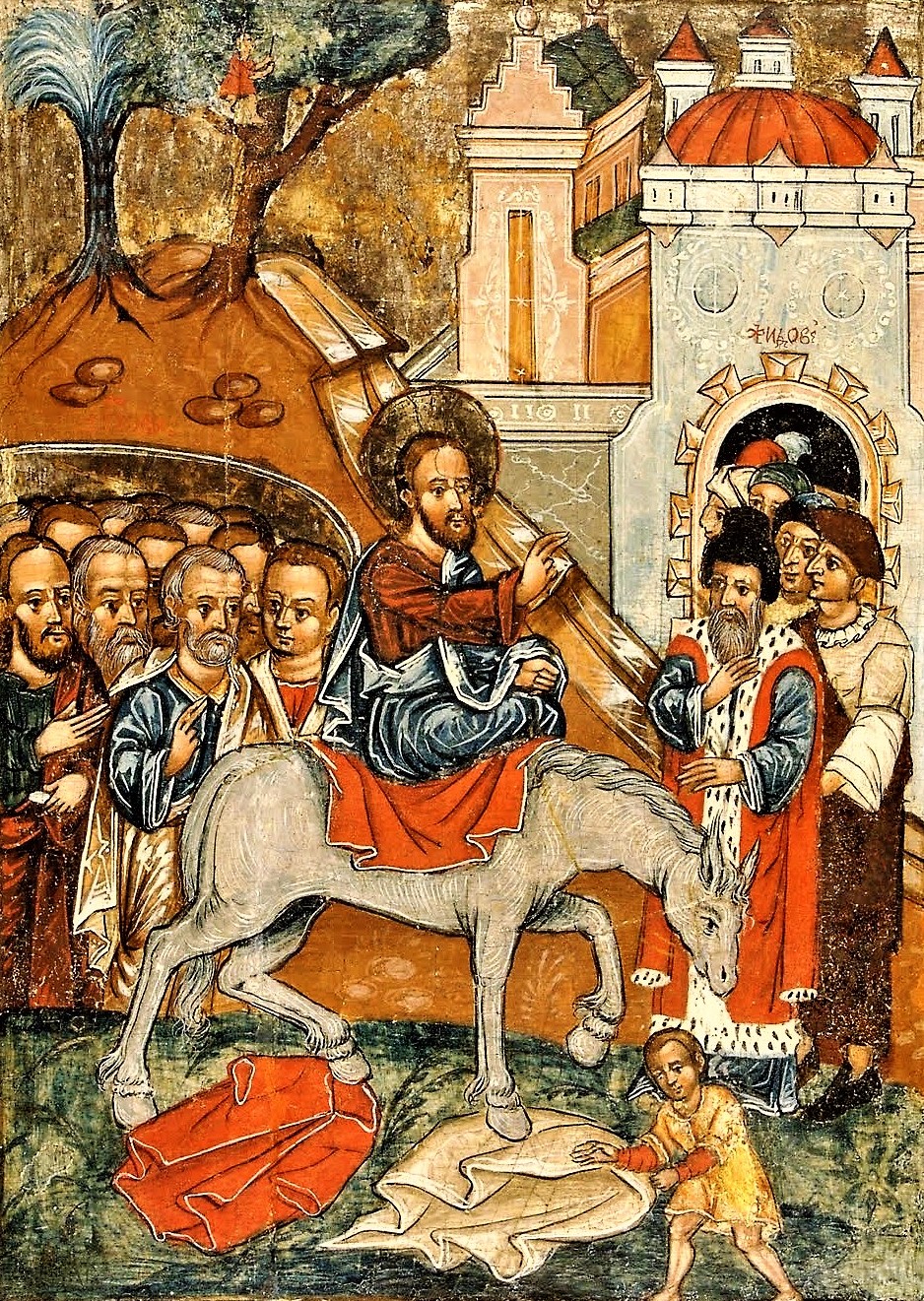 The Entry Into Jerusalem, Halychyna, early 17C, The National Kyiv-Pechersk Historical and Cultural Preserve.  This version of Christ’s Entry into Jerusalem follows the Byzantine tradition of portraying Jesus seated sideways on a donkey with his Apostles behind Him and the Jerusalem crowd awaiting his arrival. Golden circles around the head indicates holiness. The bowed head of the donkey is also typically Byzantine. The clothing of the Jerusalem public mirrors that of 17C Ukrainian burghers & the tiered gables of Jerusalem are rendered in the style of Western Ukraine.

The entry of Jesus & His disciples into Jerusalem on Palm Sunday marks the beginning of Holy Week, which in Christianity is the week just before Easter. In the West, it is also the last week of Lent, & includes Palm Sunday, Holy Wednesday, Maundy Thursday (Holy Thursday), Good Friday (Holy Friday), & Holy Saturday. It does not include Easter Sunday, which begins the season of Easter, although traditions observing the Easter may vary in different liturgical customs.

John The Baptist saw Jesus coming toward him and said, “Look, the Lamb of God who takes away the sin of the world. I have seen and I testify that this is the Son of God.” (John 1:29,34). John the Baptist had been preaching about the coming Messiah, identifying himself as the forerunner Isaiah had promised over 700 years earlier. In Isaiah 40:3, John said, “I am the voice of one calling in the desert,‘Make straight the way for the Lord ‘ “ (John 1:23). Introducing Jesus to Israel as the Lamb of God would prompt a comparison between Jesus and the Passover lamb in their minds.
at 4:02 AM