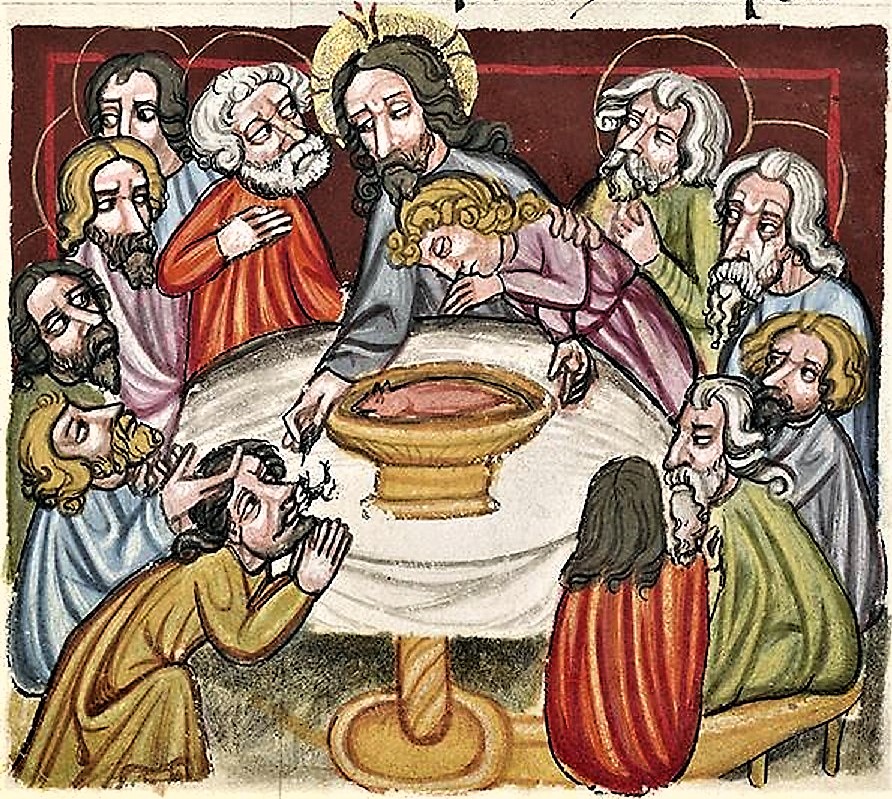 Near the end of the Last Supper, Christ said to His disciples, "A new commandment I give unto you: That you love one another, as I have loved you, that you also love one another."

During the Last Supper, Jesus washed his disciples' feet. In England, this act was adopted politically as a way of reminding rulers, that they are here to serve their subjects, until 1689. Up until then the King or Queen would wash the feet of the poor on Maundy Thursday in Westminster Abbey.  Throughout the 17C & earlier, the King or Queen would wash the feet of the selected poor people as a gesture of humility in remembrance of Jesus' washing the feet of the disciples. The ceremony originated in the Roman Catholic Church inspired by the events that occurred during the night Jesus observed the Passover with his disciples. The symbolic washing of feet, which was begun around the 4C, involved a bishop or cardinal washing the feet of the priests & acolytes. While in Rome, the Pope would wash the feet of selected Cardinals. This was seen as fulfilling the mandate, that the greatest among the brethren will be the servant of all.
at 4:10 AM