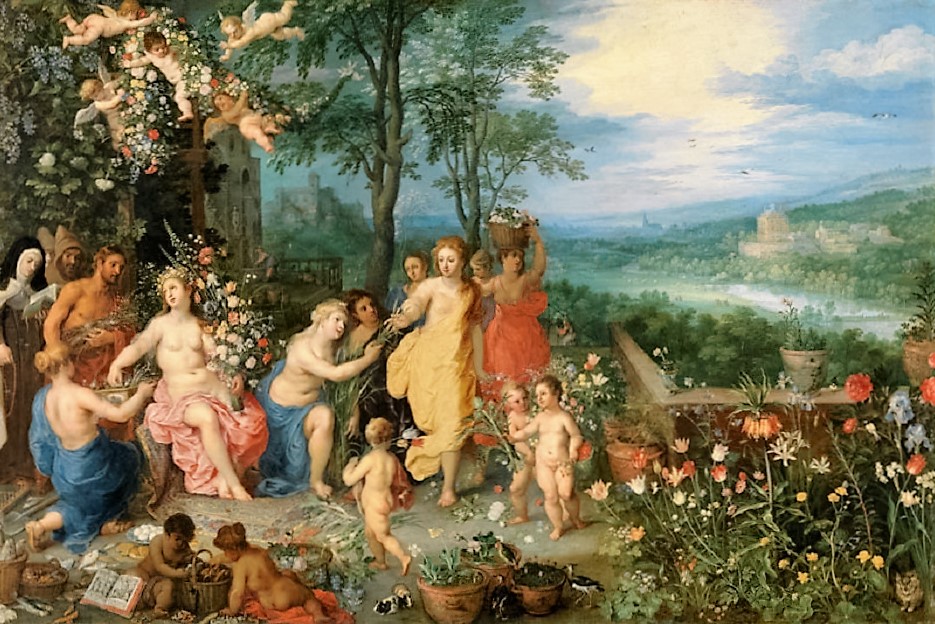 As in these paintings, allegorical characters in stories & in art of this period were often located in garden settings. The locus amoenus was one of the traditional locations of epic & chivalric literature. As a literary genre of high culture, romance or chivalric romance is a type of prose & verse narrative that was popular in the aristocratic circles of Medieval & Early Modern Europe.

Locus amoenus (Latin for "pleasant place") is a literary term which generally referring to an idealized place of safety or comfort, usually a beautiful, shady parkland or open woods, sometimes with connotations of Eden. A locus amoenus usually has 3 basic elements: trees, grass, & water. In these 2 paintings, Spring is full of flowers & Summer is filled with the practical fruits from Spring's flowers

Often, the locus amoenus garden will be in a remote setting & with only components or suggestions of a more formal, geometric, walled garden, such as the flower pots seen above. The locus amoenus can also be used to highlight the differences between urban & rural life or be a place of refuge from the processes of time & mortality. In some works, such gardens also have overtones of the regenerative powers of human sexuality marked out by flowers, & goddesses of springtime, love, & fertility. Ernst Robert Curtius formulated the concept's definition in his European Literature & the Latin Middle Ages (1953). 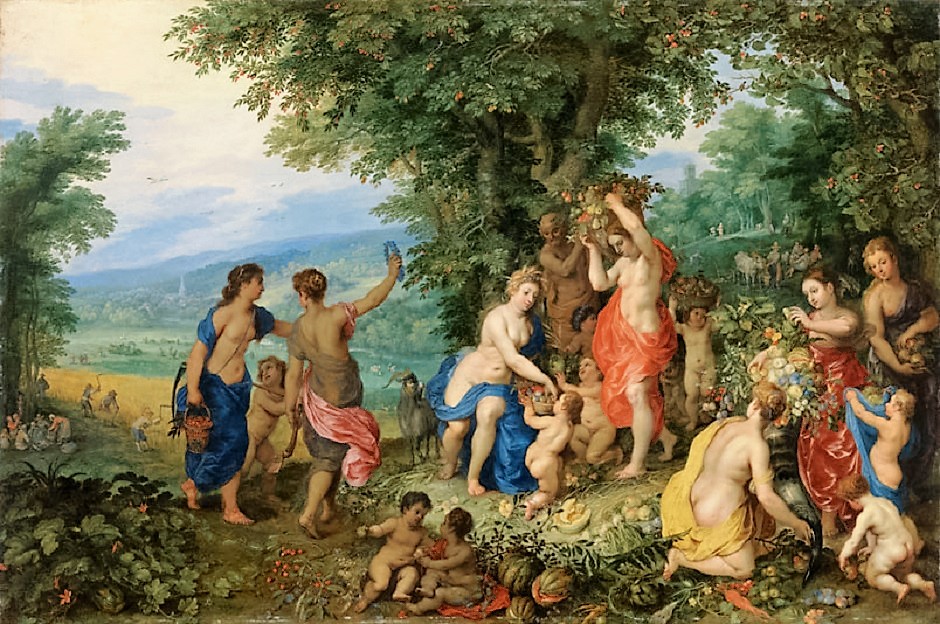 Jan Brueghel the Elder 1568-1625 & Hendrick van Balen 1575-1632 Summer, 1616
Such collaboration between artists was common in Antwerp during the 1600s, as artists often specialized in either landscape or figure painting. Flemish artists of the time repeatedly painted representations of the 4 elements, suggesting that it was a popular subject with buyers. Brueghel the Younger depicted the senses, the elements, or the seasons as allegories many times throughout his career.
at 4:30 AM