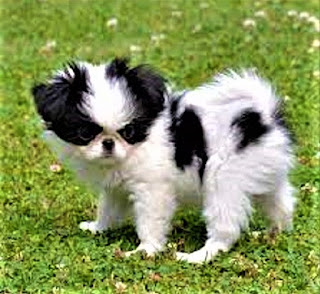 This morning, as I was driving to my dog's vet, the radio announced that the United States Supreme Court overturned a nearly 50 year-old landmark decision of that court. I am an old historian, but I remember the announcement of the 1973 Roe v. Wade decision.  Such landmark decisions from the Supreme Court substantially change the interpretation of existing law. I would not have chosen to have an abortion, but I do not want the government to make that decision for me or my daughters or my granddaughters or any other woman.
Dobbs v. Jackson Women's Health Organization, No. 19-1392, 597 U.S. (2022), is now a landmark decision of the U.S. Supreme Court in which the Court held that the Constitution of the United States does not confer any women the right to abortion, thus overruling both Roe v. Wade (1973) & Planned Parenthood v. Casey (1992). Despite Abigail Adams's (1744-1818) famous advice to her husband John Adams (1735-1826) to “remember the ladies,” he & the rest of the founders of our country left any mention of women out of the founding documents. As a result, the U.S. Constitution does not mention women at all. In fact, women did not get the right to vote in national elections until 1920.
The Court issued its new landmark decision this morning -  June 24, 2022. In a 6–3 judgment, the Court reversed the Fifth Circuit's decision & remanded that case for further review. The majority opinion declares that a woman's right to have an abortion was not a protected right under the Constitution, overturning both 1973 Roe & 1992 Casey, & returned decisions regarding abortion regulations back to the states. As a result, Dobbs is considered a landmark decision of the Court.
This decision overlooks stare decisis (Latin for “to stand by things decided”), as it establishes a significant new legal principle for women; overturns prior precedent for women; departs from prior practice for women; & establishes a standard for women that can be applied by courts in future decisions.
On May 2, 2022, Politico released an alleged leaked draft of a majority opinion by Justice Samuel Alito circulated among the justices in February 2022. That draft opinion suggested that the court would overturn 1973 Roe & 1992 Casey. Alito's draft called the Roe decision "egregiously wrong from the start," arguing that a woman's right to have an abortion is not listed in the Constitution as a protected right, & instead would allow individual states to decide on whether a woman could have an abortion & to apply any other restrictions or guarantees on a woman's right under the Tenth Amendment to the U.S. Constitution.
at 4:00 PM