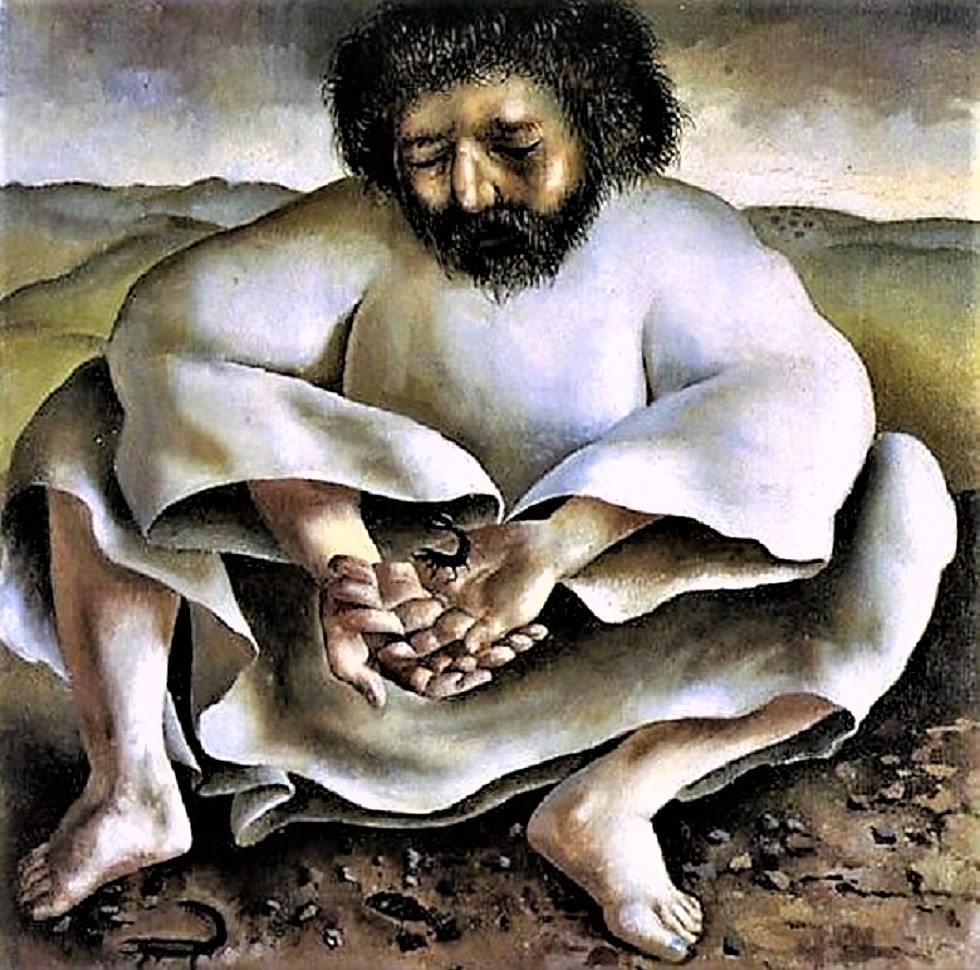 Stanley Spencer, (English painter, 1891-1959) Christ in the Wilderness The Scorpion

‘Behold, I give unto you the power to tread on serpents and scorpions, and over all the power of the enemy: and nothing shall by any means hurt you.’ Luke 10:19