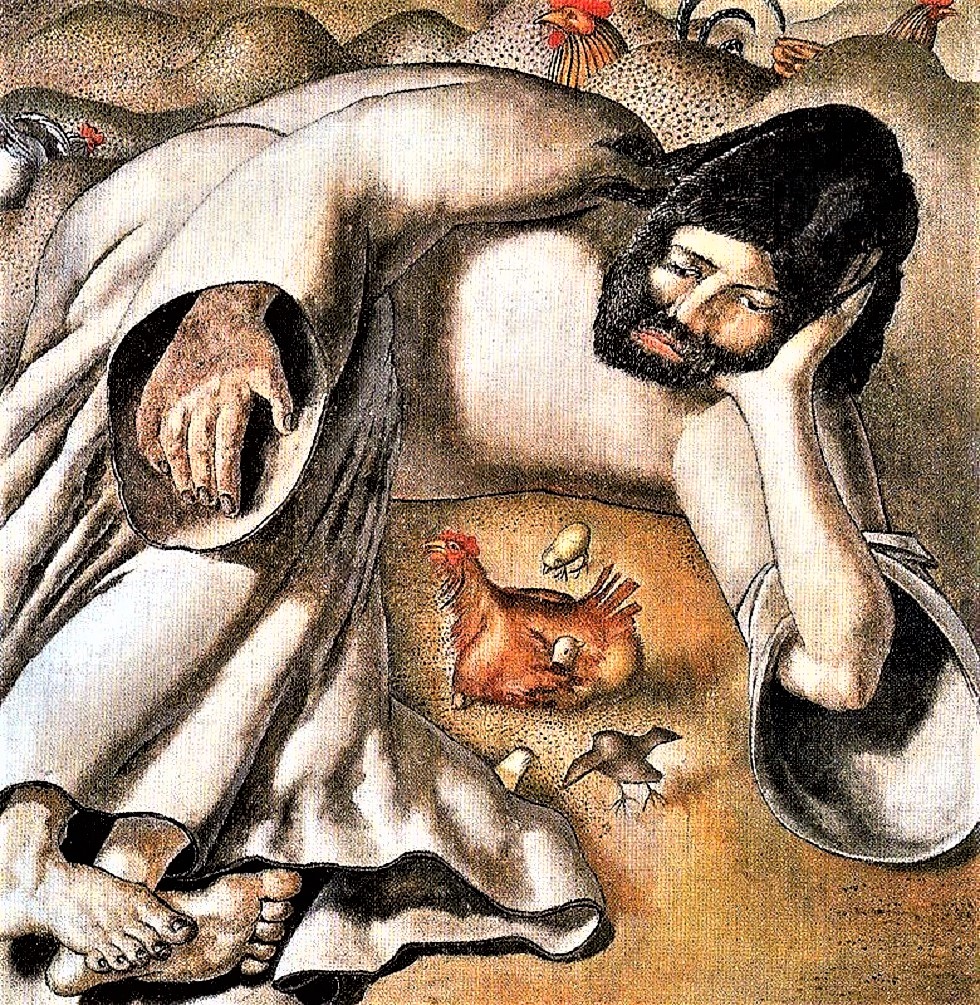 Stanley Spencer, (English painter, 1891-1959) Christ in the Wilderness The Hen

The origin of the season of Lent lies not in a conscious re-enactment of the Lord's time in the wilderness, but in the preparation of Christians for the celebration of the resurrection of Christ at Easter.  In many Christian churches, Lent starts on Ash Wednesday lasting for 40 days (not including Sundays) reflecting the 40 days Jesus spent fasting in the wilderness. Related to Jesus' time in the wilderness, the Bible states;
‘...how often would I have gathered my children together, even as a hen gathereth her chickens under her wings...’ .Matthew 23:37