Candlemas - The Presentation of Jesus at The Temple 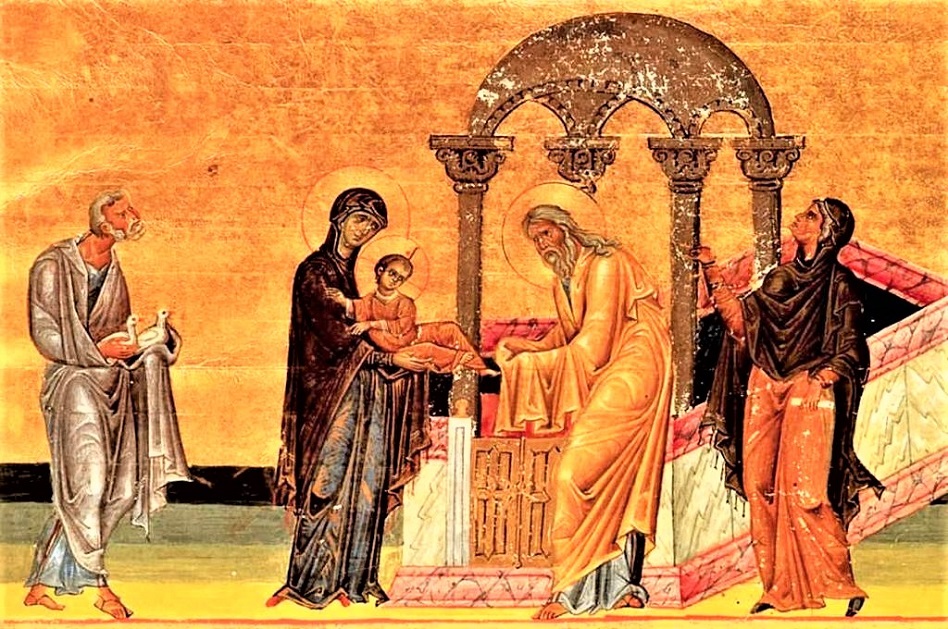 11C Menologion of Basil Presentation of Jesus at The Temple

The Presentation of Jesus at the Temple is an early biblical episode in the life of the infant Jesus, describing his presentation at the Temple in Jerusalem in order to officially induct him into Judaism, that is celebrated by many Western Christian Churches on the holiday of Candlemas. (Luke 2:23–40).

In some liturgical churches, the Compline on the Feast of the Presentation marks the end of the Epiphany season. In the Anglican Communion, the Presentation of Christ in the Temple is celebrated on February 2 or as close as possible

According to the gospel, Mary & Joseph took the Infant Jesus to the Temple in Jerusalem 40 days after Christmas to complete Mary's ritual purification after childbirth & to perform the redemption of the firstborn son, in obedience to the Torah (Leviticus 12, Exodus 13:12–15, etc.). Luke explicitly says that Joseph & Mary take the option provided for poor people (those who could not afford a lamb; Leviticus 12:8), sacrificing "a pair of turtledoves, or two young pigeons."

Upon bringing Jesus into the temple, they encountered Simeon. The Gospel records that Simeon had been promised that "he should not see death before he had seen the Lord's Christ" (Luke 2:26). Simeon then uttered the prayer which prophesied the redemption of the world by Jesus: "Lord, now let your servant depart in peace, according to your word; for my eyes have seen your salvation which you have prepared in the presence of all peoples, a light for revelation to the Gentiles, & for glory to your people Israel". (Luke 2:29–32).

In art, early images concentrated on the moment of meeting with Simeon, typically at the entrance to the Temple. In the West, beginning in the 8C or 9C, a different depiction at an altar emerged, where Simeon eventually by the Late Middle Ages came to be shown wearing the elaborate vestments attributed to the Jewish High Priest, & conducting a liturgical ceremony surrounded by the family & the elderly prophetess Anna. In the West, Simeon is often already holding the infant, or the moment of handover is shown; in Eastern images Mary is more likely still to hold Jesus. 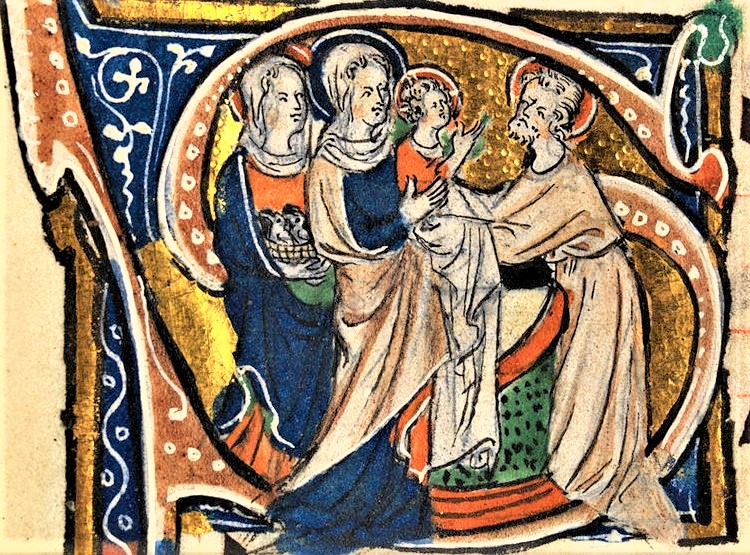 This parchment 1310-1320 image of The Presentation of Jesus at The Temple in a Missal originates from East Anglia, one of the earliest examples of a Missal of an English source. Sarum Missals were books produced by the Church during the Middle Ages for celebrating Mass throughout the year. National Library of Wales. 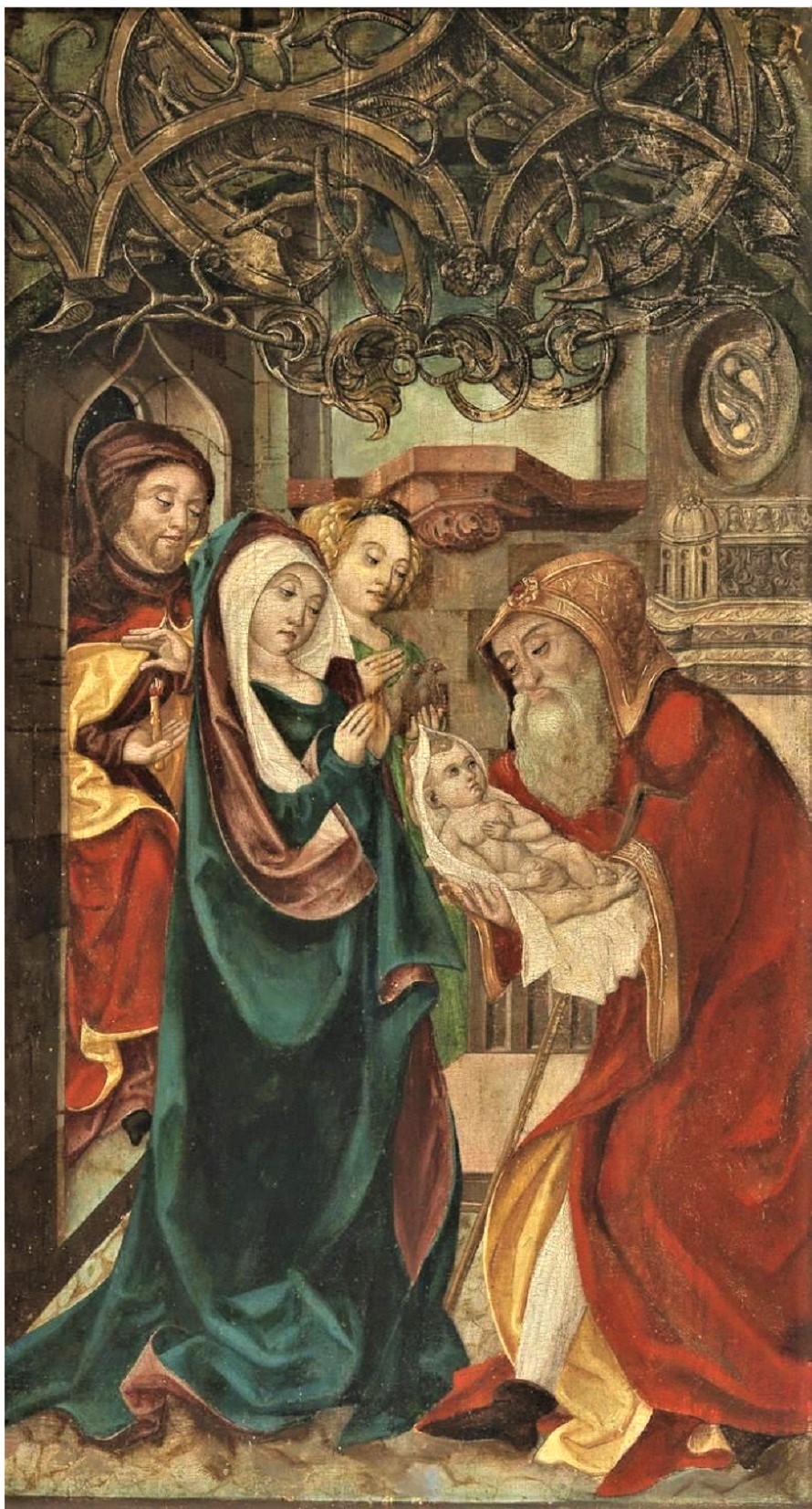 15C South German Depiction of The Presentation of Jesus at The Temple
at 4:10 AM