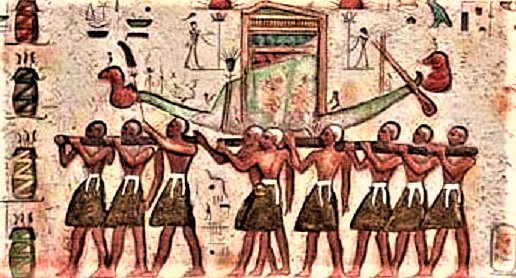 The origins of Thanksgiving celebrations stem from the Harvest Festivals existing thousands of years before European colonists sailed for the Americas. Harvest festivals flourished, when hunger was a constant threat, & many societies often felt at the mercy of the gods. The Neolithic Agricultural Revolution resulted in the wide-scale transition of many human cultures & communities beginning 10-12,000 years ago as hunter gatherers began to settle down & farm. Their more permanent communities permitted humans to experiment with plants. Once early farmers invented agricultural techniques like irrigation, crops could yield surpluses that often needed storage. Most hunter gatherers could not easily store food for long due to their migratory lifestyle, whereas those with sedentary dwellings & fields carved in the landscape could grow & store their surplus grain. With this more reliable supply of food, populations could expanded & began to develop specialized workers & more advanced tools. This evolving knowledge led to the domestication of both plants & animals. A successful harvest was vital for the healthy stability of a community. Prior to the establishment of formal religions, some believed that their crops were controlled by gods or contained spirits. Harvest celebrations often marked the end of summer & were a time of feasting & paying tribute to gods for bounty, prosperity, & good health. These harvest festivals were common around the globe in one form or another for millennia. Some harvest festivals, more commercial than sacred, continue today. 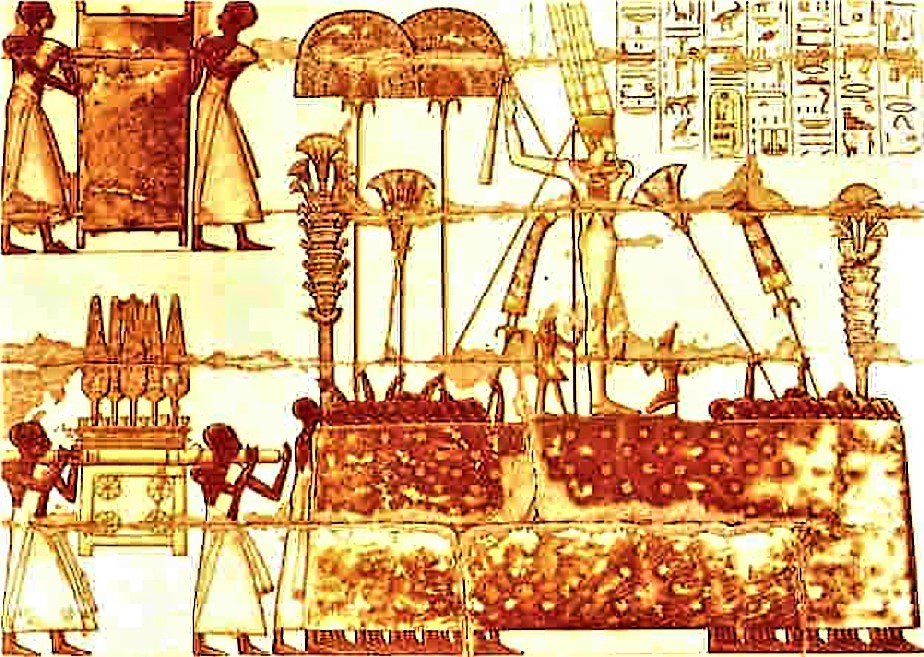 Egypt's Harvest Festival of Min - The Feast of Dais

In Egypt, Min was a central god of reproduction & vegetation, & the Feast of the Dais was held in his honor.  Min was the Egyptian god of fertility, rain, the desert, & travelers. He was also considered a god of regeneration which is believed to symbolize the forceful renewal of the sovereignty of the Egyptian pharaoh. Min was honored in the coronation rites of new pharaohs to ensure their production of a male heir. Min was depicted as a human male with one arm, one leg & a prominent penis. He carried a flail & wore the Double Plumed Crown. The harvest festival to Min was an important celebration attended by the reigning pharaoh & the royal court. The pharaoh sitting on a canopied litter, his court, soldiers, standard bearers, fan bearers, dancers, musicians would form a great procession to his temple. The priests of Min also formed a large contingent in the procession, burning incense & carrying shrines & images of the pharaoh & his ancestors.  Elaborate floats formed part of the procession. At the front pf the procession was a white bull, the symbol of Min, that had a sun-disk fastened between his horns representing Min himself. During the Feast of the Dais, Min received the 1st wheat of the harvest cut by the pharaoh himself.  Pharaoh cut the first sheaf with a sickle & put it in front of the statue of God.  Min's holiday was celebrated at the beginning of the farming season, when Pharaoh hoeing a field with a hoe & poured water under the personal supervision of the god Min. When Pharaoh came to reign, he was also considered the heir of Min. During the festivals dedicated to Min, naked men participated in contests, games dedicated to God, such as climbing a high pole, probably from a tent.  Bouquets of flowers & the lettuce were also offered to Min. The relief above, from the funerary temple of Ramses III  at Medinet Habu, shows the harvest festival of Min featuring a statue of Min, which formed a major part of the procession, behind the carnival float of Min.  The above relief of the procession float of Min depicts it followed by 2 priests. The priests carry sacred lettuce plants, the symbol of Min & similar in shape to Romaine lettuce. The pointed lettuce plants are stylized & frequently appear in many images depicting Min. The wild prickly lettuce Lactuca virosa was domesticated & this version of the lettuce was Lactuca sativa which was said to have both aphrodisiac & opiate qualities. 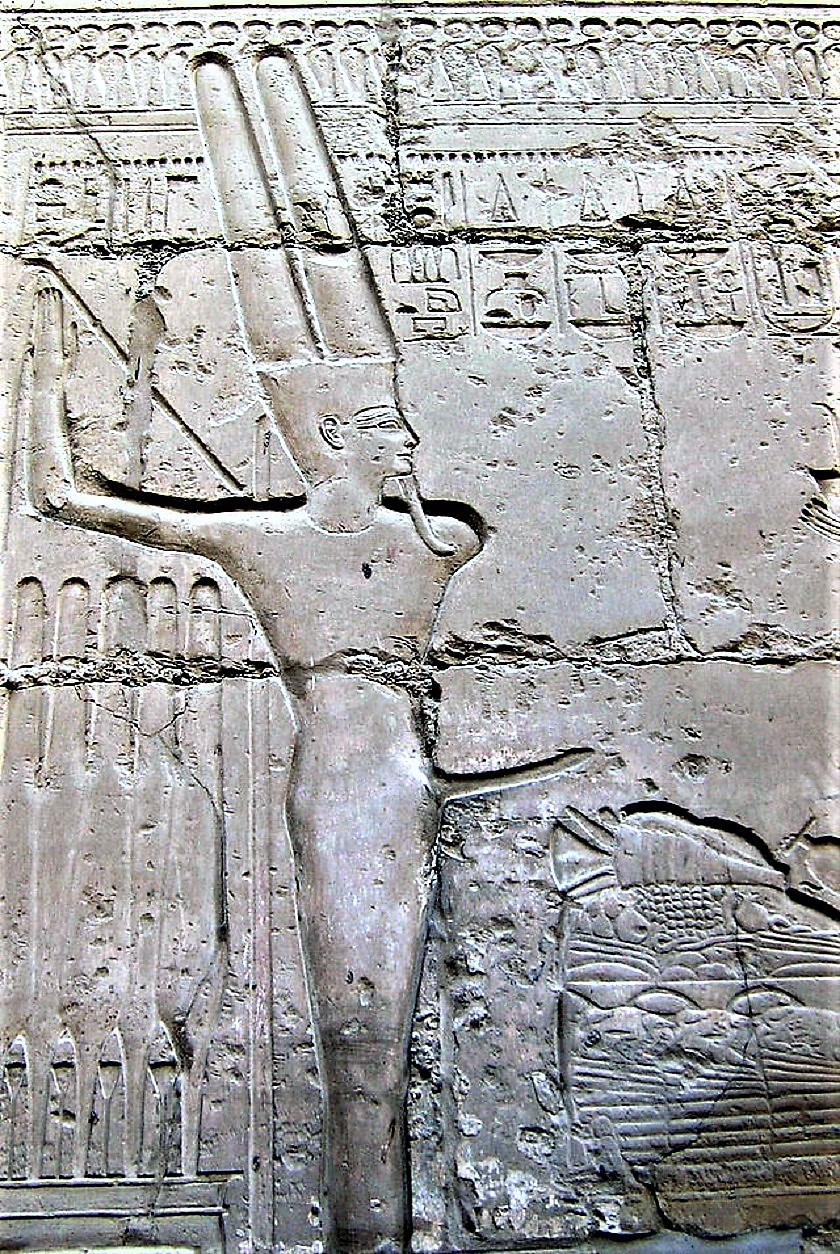 The cult of Min lasted for 3000 years & following the Roman conquest of Egypt even the Roman Emperor Augustus was depicted offering lettuces to Min god in the temple of Kalabsha, aka the Temple of Mandulis, that was located approximately 50 km south of Aswan.
at 4:00 AM