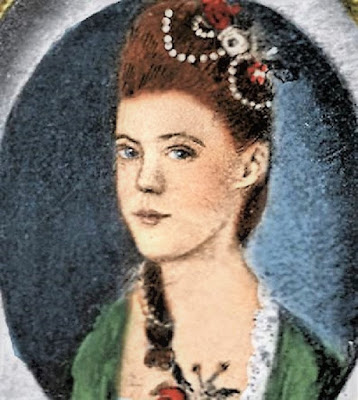 Winslow was reunited with her family in 1773, when Joshua Winslow moved them to Marshfield, Massachusetts. In 1775, he was exiled as a Tory; his family remained behind. Before the end of the Revolution, Anna Green Winslow died of tuberculosis in Hingham, Massachusetts. Her father moved to Quebec, where he became a Royal Paymaster. Anna was 20, when she died. 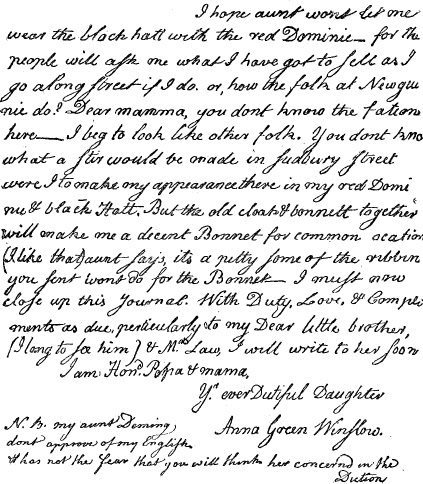 "Lady, by which means I had a bit of the wedding cake. I guess I shall have but little time for journalising till after thanksgiving. My aunt Deming1 says I shall make one pye myself at least. I hope somebody beside myself will like to eat a bit of my Boston pye thou' my papa and you did not (I remember) chuse to partake of my Cumberland performance. I think I have been writing my own Praises this morning. Poor Job was forced to praise himself when no man would do him that justice. I am not as he was. I have made two shirts for unkle since I finish'd mamma's shifts."
at 4:00 AM