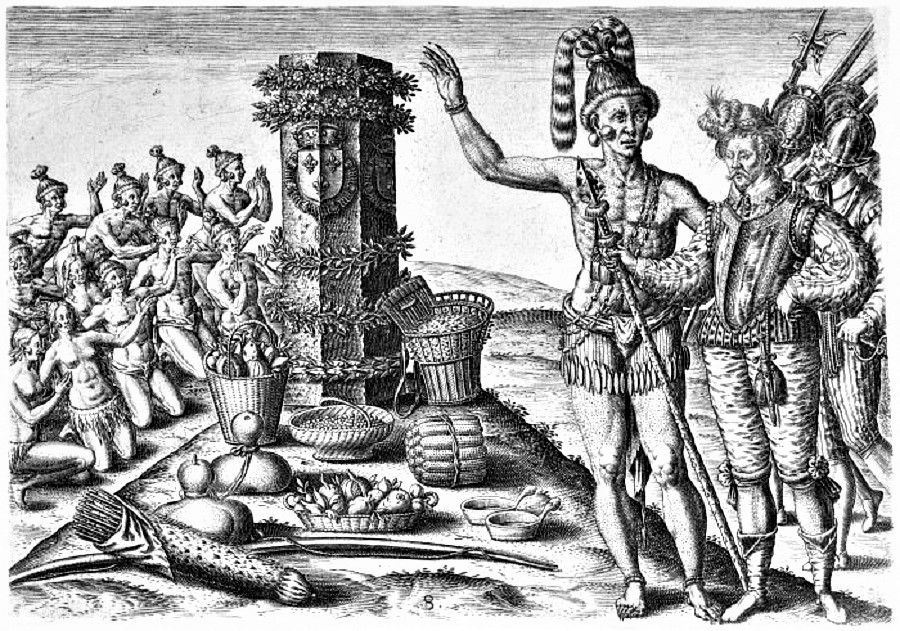 Bry Theodor De Bry (528-1598), The Natives of Florida Worshiping the Column Erected by the Commander on his First Voyage 1564
There are actually several events claiming to be the 1st Thanksgiving in colonial Spanish & English America. The 1st, & probably the earliest, colonial Thanksgiving took place on September 8, 1565. An explorer, Pedro Menéndez de Avilé, along with 800 Spanish settlers celebrated a Mass of Thanksgiving to commemorate the successful sea voyage & founding of the town of St. Augustine, which would go on to be the 1st & longest-lasting port within the present-day United States. St. Augustine is the oldest continuously inhabited European-established settlement on  the Atlantic Coast of the United States.  Occurring as it did so soon after trans-Atlantic landfall, this was a maritime Thanksgiving, with sailor's fare making up the bulk of the feast, probably along with local native food, which would likely have included oysters & fish. It is said he invited members of the Timucua tribe to dine along with them. The local St. Augustine Timucua were known by the Spanish as the "Agua Salada," or Salt Water, Timucua, a testament to the maritime culture that existed in St. Augustine prior to European colonization. This 1st Spanish Thanksgiving took place 55 years before the Pilgrims landed.  Following the sacrifice of the Holy Mass, Menindez ordered a communal meal to be shared by the Spaniards & the Indians who occupied the landing site. 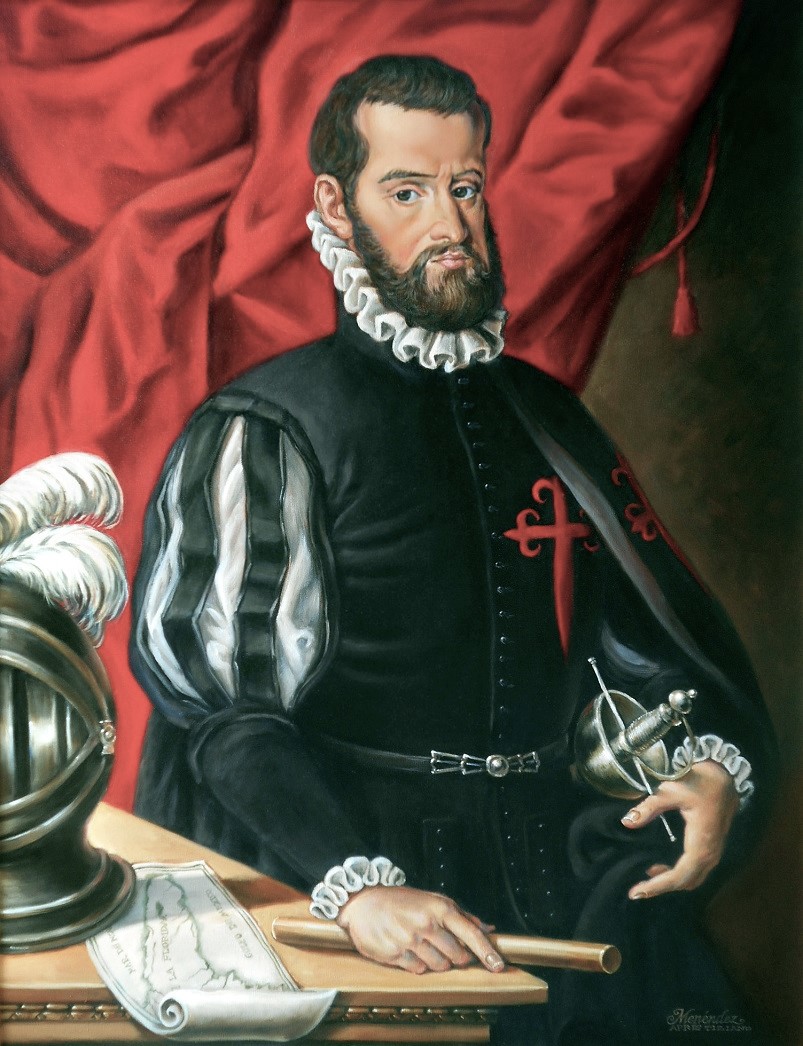 Pedro Menéndez de Avilé
at 4:00 AM