A Brief History of the Christmas Tradition of Wassail

"Wassail" appears in English literature as a salute as early as the 8C poem Beowulf, in references such as "warriors' wassail and words of power" and:
The rider sleepeth,
the hero, far-hidden; no harp resounds,
in the courts no wassail, as once was heard.

An anonymous Anglo-Norman Poet, who witnessed the Saxon toasting cry before the Battle of Hastings in 1066, wrote:
Rejoice and wassail
Pass the bottle and drink healthy
Drink backwards and drink to me
Drink half and drink empty.

In Saxon times the original Wassail was was a greeting meaning: "be in good health." In 12C, it became a toast, the response to the toast became drink hail, or "drink good health." Norman conquerors who arrived in the 11C regarded the toast as distinctive of the English natives.

Ronald Hutton in his The Rise and Fall of Merry England. Oxford, 1996, reports:"A 14Ctext by Peterd e Langtoft describes in detail the custom involving this vessel, to which the Tudor sources only refer in passing: the leader of a gathering took it and cried "Wassail" Old English for "your health". He was answered "Drink hail," and then passed it to another person with a kiss, so that these actions could be repeated by each. At the early Tudor court it was accompanied into the king's presence by the chief officers of the household, bearing staves. In great families it was made of precious metal- Edmund earl of March, leaving a silver one upon his death in 1382."

"The bowl is first mentioned by Matthew Paris in the 13C, as one in which cakes and fine white bread were communally dipped."

"Near the end of the 13C, Robert of Gloucester retold the legend of the marriage of the British king Vortigern with the Saxon princess Rowena, making the latter drink to the former with the words "waes heal."

"When Peter de Lantoft repeated the story in the 1320s, he portrayed people drinking alternately from the same cup with the exchange "wassaille" and "drinkhaille", exactly as in Tudor England. This sequence raises the possibility that the exchange became customary around 1300, but this, again cannot be proved." 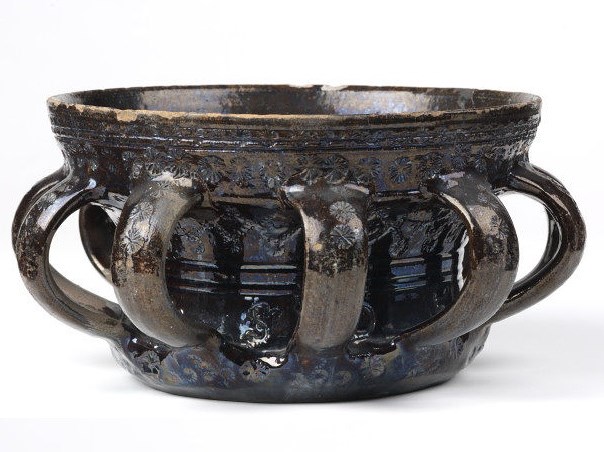 On the introduction of Christianity, the custom of wassailing was not abolished, but it assumed a religious aspect. The monks called the wassail bowl the poculum caritatis (loving cup), a term still retained in the London companies, but in the universities the term Grace Cup is more general. Immediately after grace the silver cup, filled with sack (spiced wine) is passed round. The master and wardens drink welcome to their guests; the cup is then passed round to all the guests. A loving or grace cup should always have two handles, and some have as many as four. Loving Cup. This ceremony, of drinking from one cup and passing it round, was observed in the Jewish paschal supper, and our Lord refers to the custom in the words, “Drink ye all of it.”“He [the master of the house] laid hold of the yesset with both hands, lifted it up, and said- Blessed be Thou, O Lord our God, thou king of the world, who hast given us the fruit of the vine; and the whole assembly said `Amen.' Then drinking first himself from the cup, he passed it round to the rest."
FromEldad the Pilgrim, chap. ix." 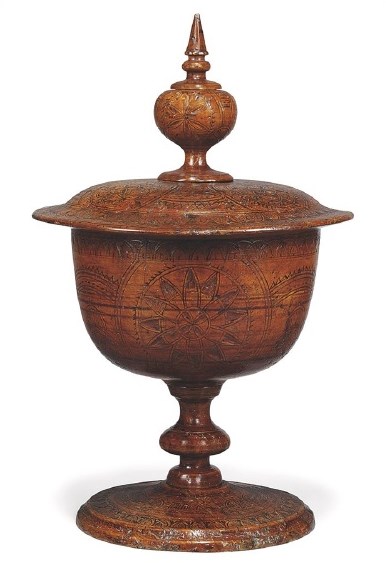 
On the Twelfth Day, January 8, & Wassail from Le Neve,The Royalle Book, Henry VII: "As for the void on the Twelfth Night, the king and the queen ought to have it in the hall. And as for the wassail, the steward, the treasurer, and the controller, shall come for it with their staves in their hands; the king's server and the queen's having fair towels about their necks, and dishes in their hands, such as the king and queen shall eat of; the king's carvers and the queen's shall come after with chargers or dishes, such as the king or queen shall eat of, and with towels about their necks. And no man shall bear anything unless sworn for three months. And the steward, treasurer, comptroller, and marshall of the hall shall ordain for all the hall. And, if it be in the great chamber, then shall the chamberlain and ushers ordain, after the above form; and if there be a bishop, his own squire, or else the king's such as the officers choose to assign shall serve him; and so of all the other estates, if they be dukes or earls; and so of duchesses and countesses. And then there must come in the ushers of the chamber, with the pile of cups, the king's cups and the queen's and the bishop's with the butlers and wine to the cupboard, and then a squire for the body to bear the cup, and another for the queen's cup such as is sworn for hire. The singers (of the chapel) may stand at one side of the hall, and when the steward cometh in at the hall-door, with the wassail, he must cry thrice "Wassail," &c, and then shall the chapel answer it aon with a good song, and thus in likewise, if it pleased the king to keep the great chamber. And when the king and queen have done, they will go into the chamber. And there belongeth for the king, two lights with the void, and two lights with the cup; and for the queen as many." 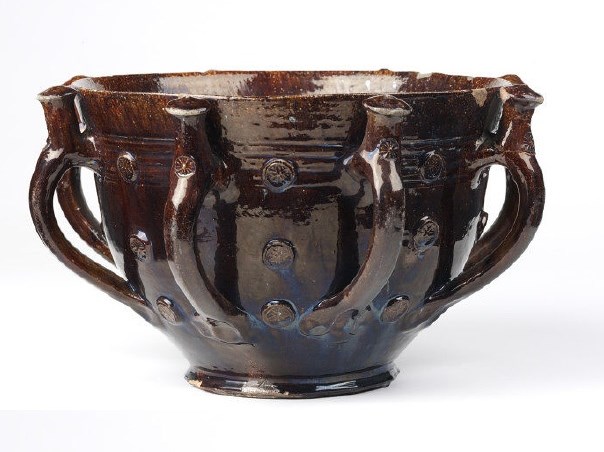 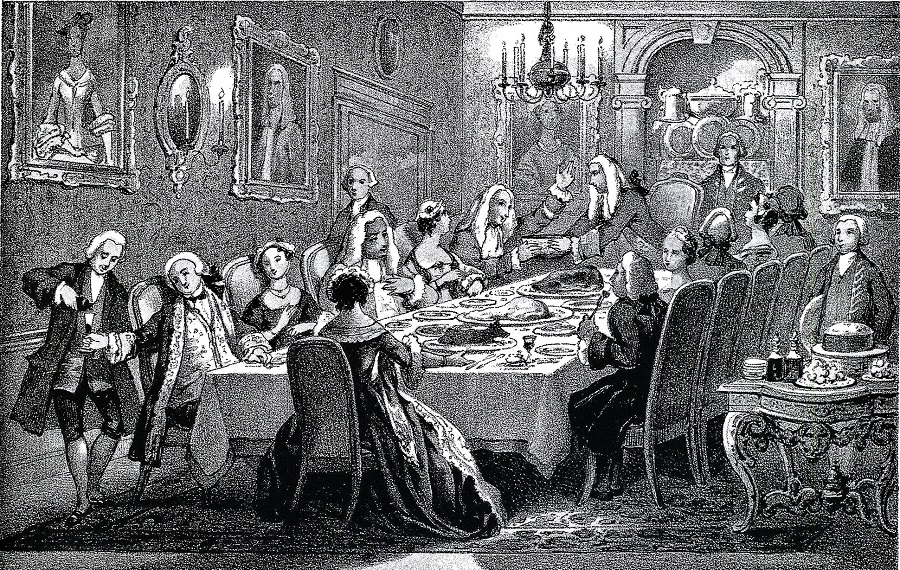 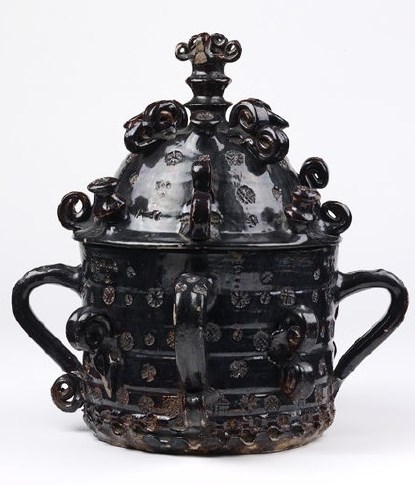 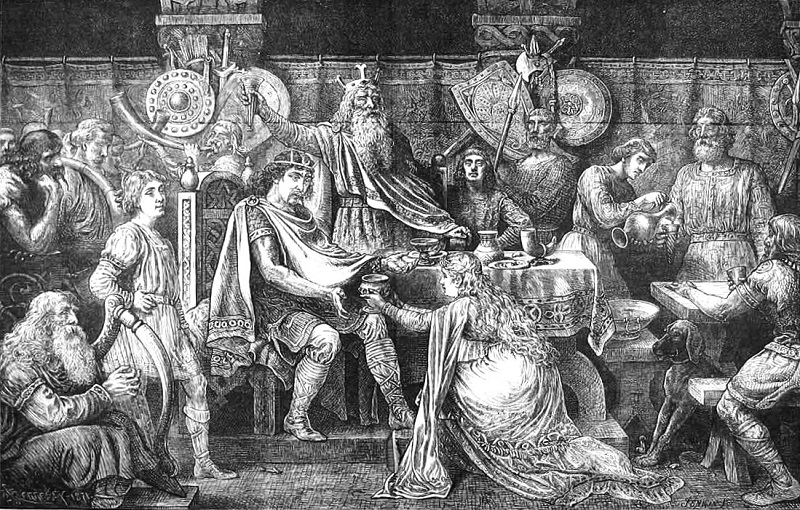 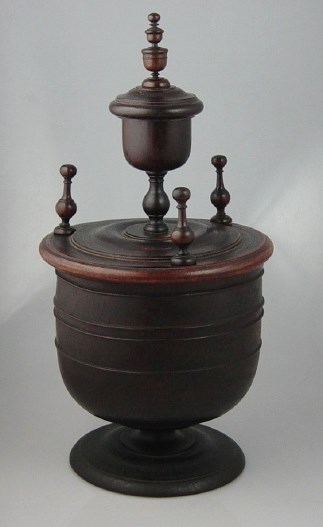 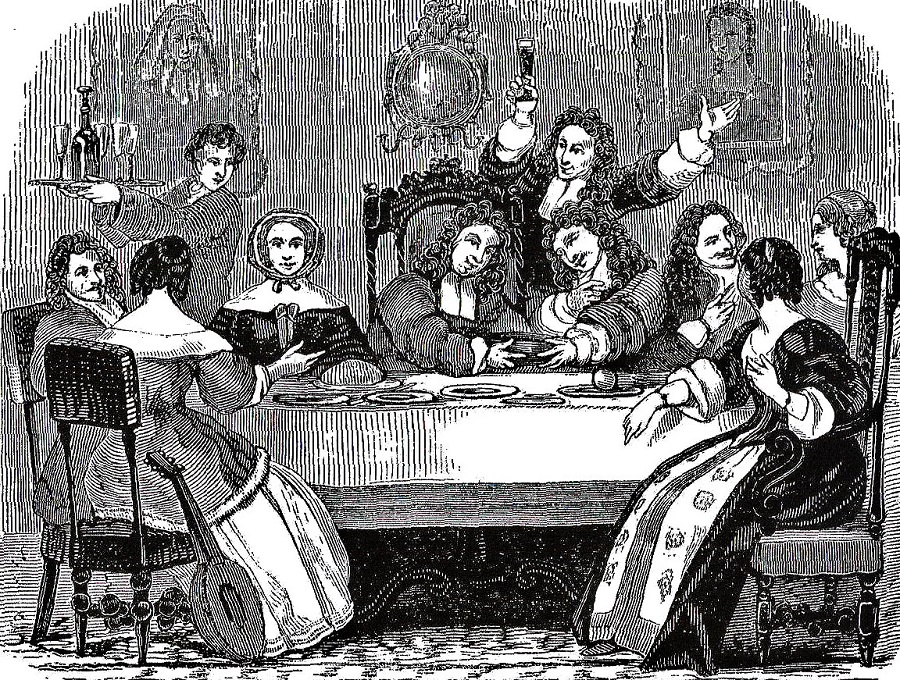 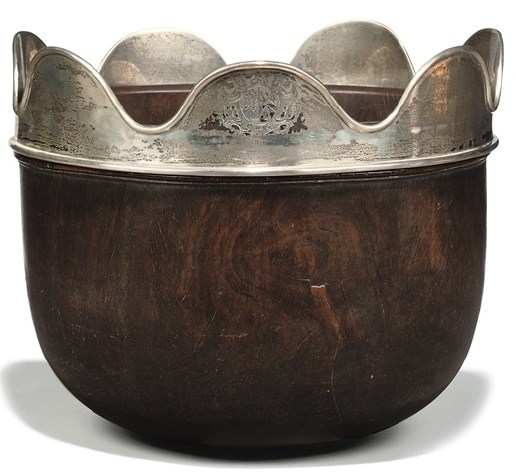