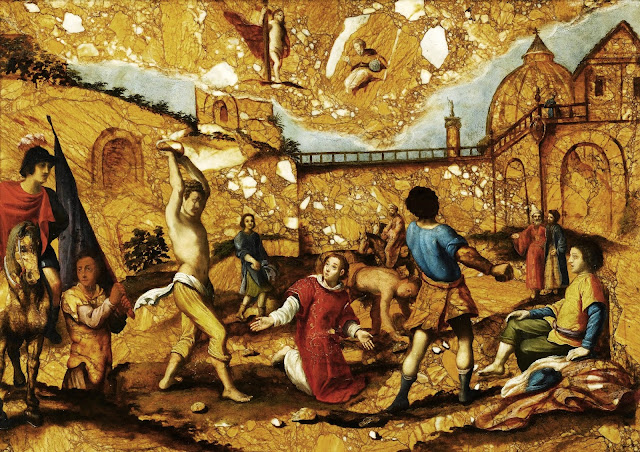 In Acts of the Apostles, Stephen alarms the Jews with his preaching that the true temple is in the heart. He is charged with blasphemy, for which the penalty is stoning. Execution must take place outside the walls of Jerusalem; and Stephen is here shown submitting quietly to his destiny as the first of Christ's followers to be martyred. Since Stephen was not one of the canonical 12 Apostles, he was considered to be a deacon.
at 6:00 AM