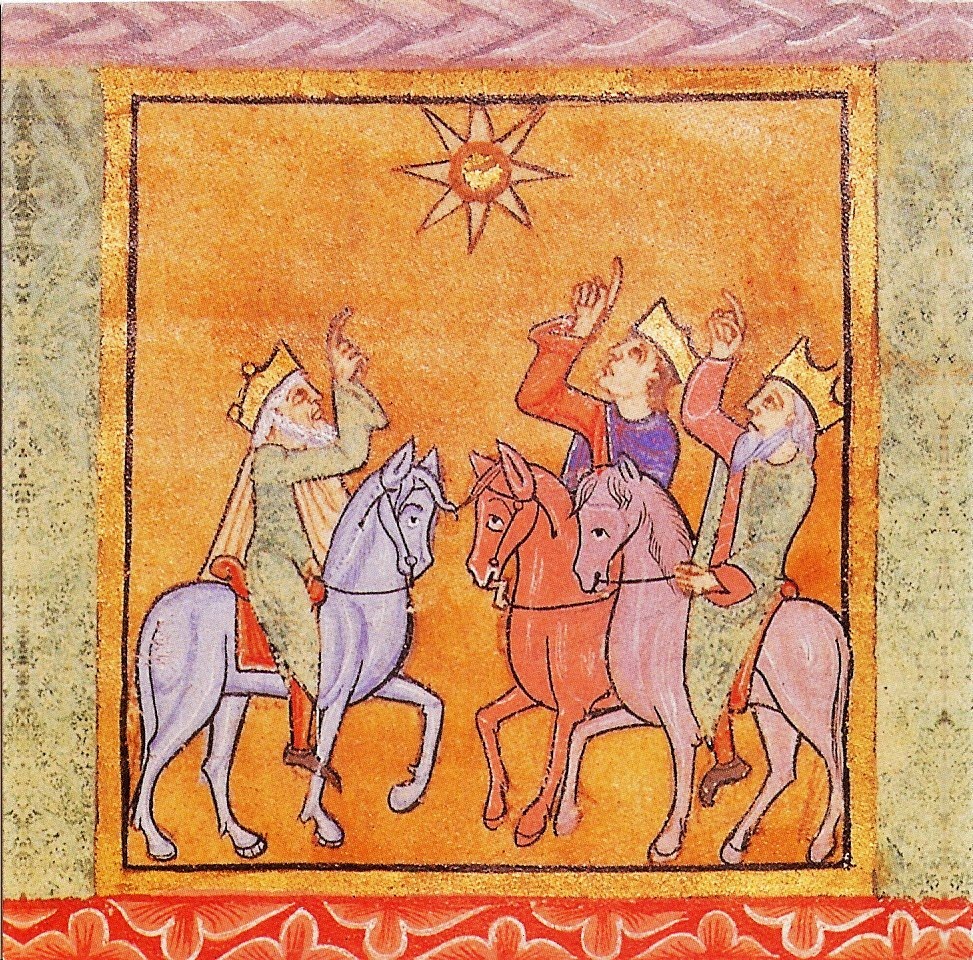 The Three Kings Admire the Star. Canterbury. c 1140. The British Library.
In Christianity, Epiphany refers to the moment that a person believes that Jesus is the son of God.  To symbolize this, Western Christian churches generally celebrate Epiphany as the arrival of the wise men from the east at the birthplace of Jesus (The Adoration of the Magi) 12 days after Christmas. Traditionally, Eastern Christian churches celebrated Epiphany (or Theophany) in conjunction with Christ's baptism by John the Baptist on January 19th. Some Protestant churches celebrate Epiphany as an entire religious season, extending from Christmas Day until Ash Wednesday.