Beware! Do not kiss an unwilling maid under the mistletoe 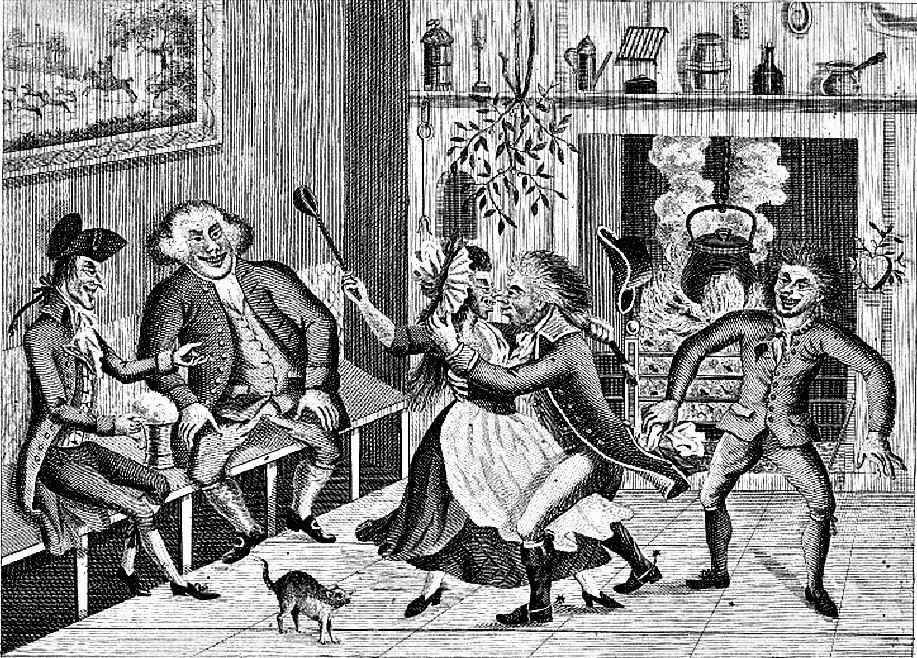 "Christmas gambols, or a kiss under the mistletoe" (etching published by Laurie & Whittle, 1794)
Christmas gambols, or a kiss under the mistletoe depicts servants in an English kitchen. A groom wearing spurred top-boots holds the cook round the waist under a bunch of mistletoe. She (smiling) nourishes a ladle and holds his pigtail queue. Two men-servants seated on a settle (left), one with a frothing tankard, watch with amusement, as does a fourth man standing on the right. Behind is a large open fire with a cauldron hanging from a chain. Cooking-utensils, a lantern, &c, are ranged on the chimney-piece. Above the settle is a sporting picture.  Below the image, a poem is included.
Beneath the title:
'Bridget the Cook on Christmas day,
When all was Mirth & Jollity,
Was rudely kissed, by Saucy Joe;
And that beneath the Mistletoe,
But she returned it with the Ladle,
And laid about, when he was Addle,
For Maids are not to be thus taken
And all their Virgin Honor shaken.'