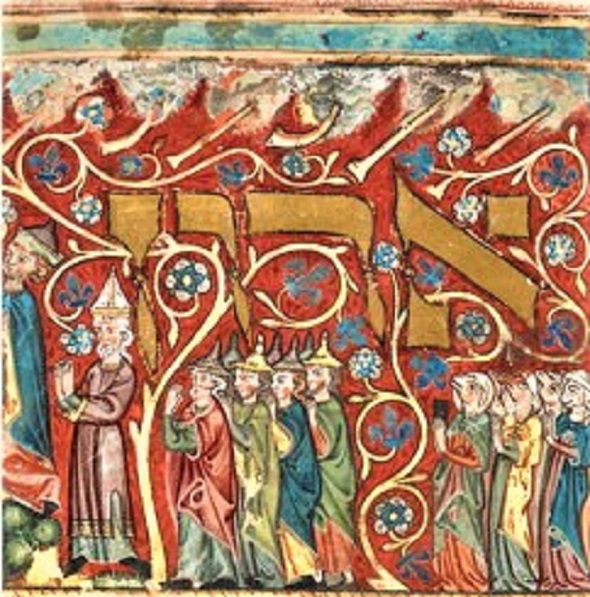 Judaism developed among the ancient Hebrews. Judaism is characterized by a belief in one transcendent God who revealed himself to Abraham, Moses, & the Hebrew prophets & by a religious life in accordance with Scriptures & rabbinic traditions. Judaism is the complex phenomenon of a total way of life for the people, comprising theology, law, & innumerable cultural traditions.  The history of Judaism can be divided into major periods: biblical Judaism (c. 20th–4th century BCE), Hellenistic Judaism (4th century BCE–2nd century CE), Rabbinic Judaism (2nd–18th century CE), and modern Judaism (c. 1750 to the present).

753 BC Traditional date for the founding of Rome.

722 BC Fall of the kingdom of Israel to the Assyrians.

c538 BC Return of some of the exiles. Start of reconstruction of the temple.

c512 BC Completion of the temple.

c330 BC  Conquest by Alexander the Great. Rise of Hellenism (Greek culture).

c.250 BC  Translate the Old Testament from Hebrew into Greek.

63 BC Roman rule of Israel begins.

Christianity is a faith tradition that focuses on the figure of Jesus Christ. Christianity is more than a system of religious belief. It has generated a culture, a set of ideas & ways of life, practices, & artifacts that have been handed down from generation to generation, since Jesus first became the object of faith. The agent of Christianity is the church, the community of people who make up the body of believers. 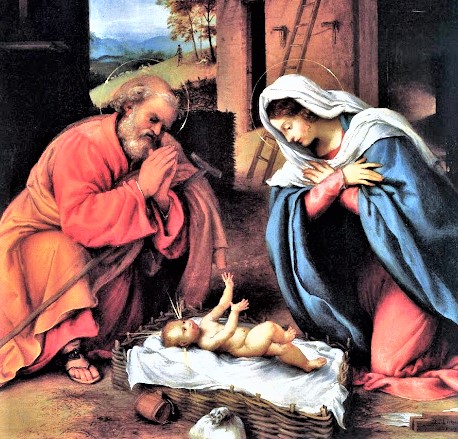 c.4 BC Birth of Jesus Christ, in Bethlehem.

c.60 First Gospel published (often thought to be that written by Mark).

62 Martyrdom of James, "The Lord's Brother."

c.67-68 Apostles Peter & Paul martyred in the reign of the Roman emperor Nero.

70 Judaism rebellion on Roman empire ends. Destruction of the temple in Jerusalem.

313 Edict of Milan by Constantine - Christianity is religion in the Roman empire.

325 Nicene Creed declares "Begotten, not made; of one being with the Father"

397 Synod at Carthage ratifies the 27 books of New Testament as sacred.

589 Insertion of  "and the son" into the Nicene-Constantinopolitan Creed.

664 Synod of Whitby ratifies the authority of the Pope in England.

988 Conversion of Prince Vladimir to Christianity in Russia.

1182 Massacre of Latin inhabitants of Constantinople.

1187 Jerusalem recaptured by a Moslem army.

1189 Third Crusade led by Richard the Lionheart of England.

1204 Sack of Constantinople during the 4th crusade.

1305 Papacy moved to Avignon following a dispute with Philip IV of France.

c.1376 John Wycliffe writes for reform of the church.

1453 Constantinople falls to the Ottoman Turks.

1525 William Tyndale completes his translation of the Bible into English.

1534 Ignatius of Loyola founds the Jesuits.

1536 John Calvin publishes his Institutes of the Christian Religion.

1611 Publication of the King James Version of the Bible.

1730-60 The "Great Awakening" - A revival movement among Protestants in the USA.