When colonists left England to find the riches of Virginia, they spent their first Christmas of 1606 on board their ships en route to the New World. By 1608, Christmas found the colonists in desperate straits – sick, hungry & impoverished. Captain Smith & his men left Jamestown at the end of December to visit Powhatan at Werowocomoco & try to acquire some food. Inclement weather forced them to stay at the Indian town of Kecoughtan for “6 or 7 daies.”

Here Capt. John Smith wrote an account of what may have been the 1st Christmas celebrated in Virginia. (Kecoughtan, in Virginia, was originally named Kikotan and was part of Powhatan’s confederation of tribes.) 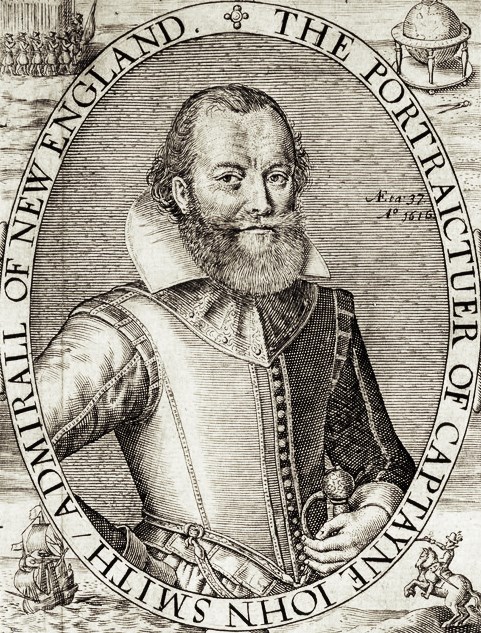 The next night being lodged at Kecoughtan; six or seaven dayes the extreame winde, rayne, frost & snow caused us to keep Christmas among the Salvages, where we were never more merry, nor fed on more plentie of good Oysters, Fish, Flesh, Wild-foule, & good bread; nor never had better fires in England, then in the dry smoaky houses of Kecoughtan.
The description originally appeared in Smith's travel tale The Proceedings of the English Colonie in Virginia since the first beginning from England in the yeare of our Lord 1606, till this present 1612, with all their accidents that befell them in their Journies & Discoveries. That 110-page tome was the third of more than a dozen of Smith's literary endeavors that fell from the press. Twelve years later, he recycled the passage in his eighth, the six-part, 248-page The Generall Historie of Virginia, New-England, & the Summer Isles with the names of the Adventurers, Planters & Government from their first beginning in 1584 to this present 1624.
at 4:00 AM