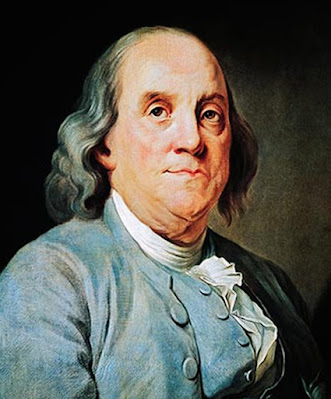 These flowers Dear Sir, can boast no lively bloom,

Nor can regale you with a sweet perfume,

This dreary season no such present yeild’s,

The Trees are naked, unadorn’d the fields,

The Gardens have their sweets and beauty lost

But Love and Gratitude, unchill’d by frost;

Put forth this foliage—poor indeed I own

Yet trust th’intent will for the faults atone.

Altho’ my produce not with nature vies,

I hope to please a friend’s indulgent eye’s,

For you my fancy and my skill I tried

For you my needle with delight I plied

Proud even to add a triffling grace to you

From whom Philosophy and Virtue too

I’ve gain’d—If either can be counted mine

In you they with the clearest lustre shine

Nor blame the weakness of your Polly’s muse

And wear it for the grateful givers sake 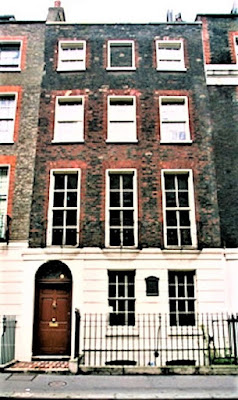 Benjamin Franklin moved to 6 Craven Street in London, a merchant’s house, near the River Thames & not far from the Houses of Parliament, where Franklin lived between 1757 & 1775.  Craven Street was the center of Franklin’s domestic life from the 1st week he arrived in London in 1757 to the day he left in March 1775.

During that time, Franklin spent only 18 months back in Philadelphia. In London, Franklin had a platonic relationship with his landlady, the widow Margaret Stevenson. He was like a father to her daughter Polly. They rapidly became his London family & home-base with Mrs. Stevenson managing the daily household details for him. 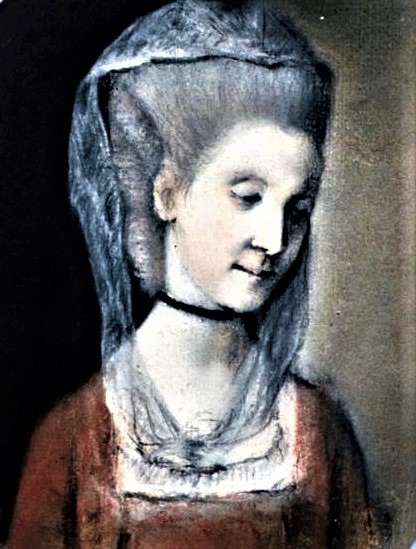 Mary (Polly) Stevenson (1739–1795) was the daughter of Franklin's landlady, Mrs. Margaret Stevenson. Polly’s  devotion to him was a major influence in her life. She had acquired an unusually good education  & by the time Franklin arrived at Craven Street in 1757, she was spending most of her time as companion to an elderly aunt, a Mrs. Tickell, in Wanstead, a village about 10 miles from London, apparently with the belief that the aunt would leave her a comfortable estate.

In 1770 she married William Hewson, a brilliant young physician & anatomist, who 4 years later died from an infection incurred while dissecting a cadaver. Polly devoted the rest of her life to the care & education of her 2 sons & daughter.

About 170 letters between the bright, spirited woman, & the fatherly philosopher survive. They are full of humor & good will, plus serious science to speculation on marriage & public affairs, & later reports on growing children & grandchildren.

In 1783 he wrote: “In looking forward,—Twenty-five Years seems a long Period; but in looking back, how short! Could you imagine that ’tis now full a Quarter of a Century since we were first acquainted! It was in 1757. During the greatest Part of the Time I lived in the same House with my dear deceased Friend your Mother; of course you & I saw & convers’d with each other much & often. It is to all our Honours, that in all that time we never had among us the smallest Misunderstanding. Our Friendship has been all clear Sunshine, without any the least Cloud in its Hemisphere.”

Eight of Franklin's letters to her appear in his 1769 edition of Experiments & Observations on Electricity.