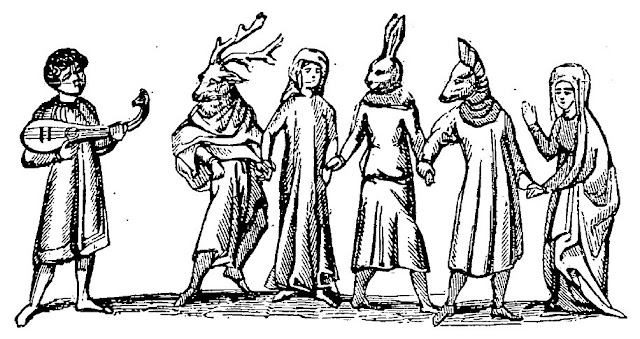 19C Mummers. From a MS. in the Bodleian Library