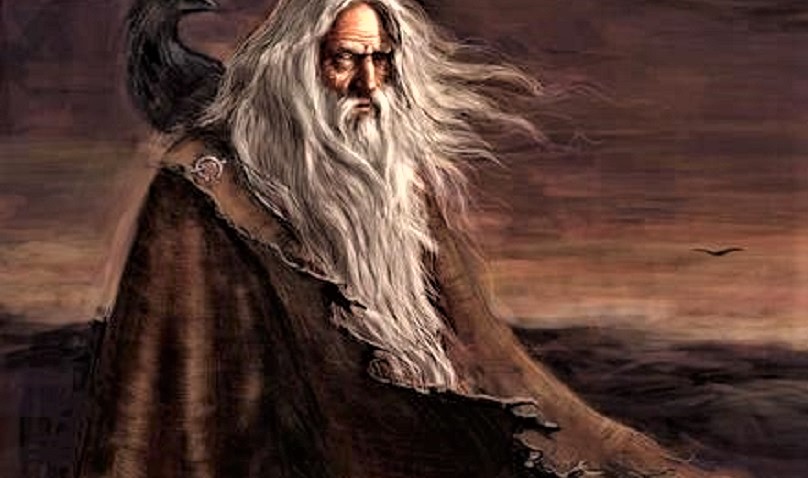 The end of December was a perfect time for celebration in most areas of Europe, including Germany. At that time of year, most cattle were slaughtered so they would not have to be fed during the winter. For many, it was the only time of year when they had a supply of fresh meat. In addition, most wine & beer made during the year was finally fermented & ready for drinking.
In Germany, people honored the pagan god Oden during the mid-winter holiday. Germans were terrified of Oden, as they believed he made nocturnal flights through the sky to observe his people, & then decide who would prosper or perish. Because of his presence, many people chose to stay inside Odin was the Aesir chief god who presided over the Asgard land of gods. The fact was that hardly could anyone rival Oden’s power & reputation. He was among the gods whom the humans worshipped & respected the most. Oden was the god of war, death, poem, & wisdom. His most famous palace in Asgard was where he hosted fallen human warriors. Oden was commonly seen as an old man under a dark cloak with his long & white beard. He took the life of a wanderer who traveled the world to acquire knowledge.
It is generally believed that the first Christmas tree was of German origin dating from the time of St. Boniface, English missionary to Germany in the 8th century. He replaced the sacrifices to the Norse god Odin’s sacred oak—some say it was Thor’s Thunder Oak—with a fir tree adorned in tribute to the Christ child. The legend is told that Boniface found a group of “pagans” preparing to sacrifice a boy near an oak tree near Lower Hesse, Germany. He cut down the oak tree with a single stroke of his ax & stopped the sacrifice. A small fir tree sprang up in place of the oak. He told the pagans that this was the “tree of life” & stood for Christ.
A legend began to circulate in the early Middle Ages that when Jesus was born in the dead of winter, all the trees throughout the world shook off their ice & snow & produced new shoots of green. The medieval Church would decorate outdoor fir trees—known as “paradise trees”—with apples on Christmas Eve, which they called “Adam & Eve Day” & celebrated with a play.
During Renaissance times there are records that trees were being used as symbols for Christians first in the Latvian capital of Riga in 1510. The story goes that it was attended by men wearing black hats in front of the House of Blackheads in the Town Hall Square, who following a ceremony burnt the tree.
Accounts persist that Martin Luther introduced the tree lighted with candles in the mid-16th century in Wittenberg, Germany. Returning to his home after a walk one winter night, the story goes, Luther tried unsuccessfully to describe to his family the beauty of the starry night glittering through the trees. Instead, he went out & cut down a small fir tree & put lighted candles upon it.
In a manuscript dated 1605, a merchant in Strasbourg, Germany wrote that at Christmas they set up fir trees in the parlors & “hang thereon roses cut out of paper of many colors, apples, wafers, spangle-gold & sugar …” Though the selling of Christmas trees is mentioned back to the mid-1500s in Strasbourg, the custom of decorating the trees may have developed from the medieval Paradise Play. This play was a favorite during the Advent season because it ended with the promise of a Savior. The action in the play centered around a fir tree hung with apples.
Reportedly, German immigrants brought the custom to the United States & tree decorating is recorded back to 1747 in Bethlehem, Pennsylvania.  One story tells of Hessian soldiers who fought for George III in the Revolutionary War. As they were keeping Christmas in Trenton, New Jersey around a decorated tree, they left their posts unguarded. George Washington & his troops were hungry & freezing at Valley Forge, but they planned their attack with the knowledge that the Hessians would be celebrating & thus would not be as able to defend themselves.
at 4:00 AM